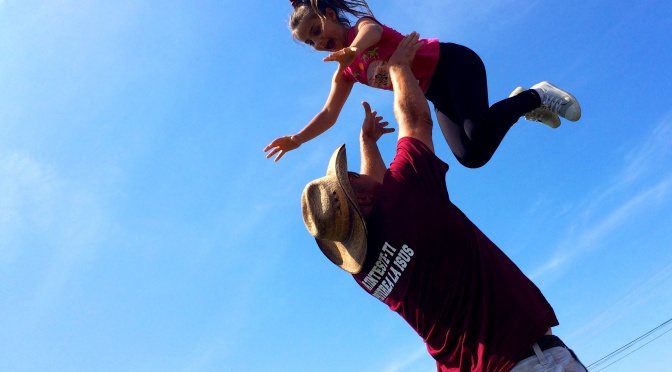 I sat in a room filled with wondering souls, all gathered to have the same question answered by a panel of leaders. More than 200 had chosen this session of all the sessions to be at on a Thursday afternoon in May, at a global conference dedicated to fearless discussion about how to care for the orphaned, the vulnerable. At the front of the room sat a well-known author and pastor, a global business executive, a nonprofit guru, and a renowned talk show host. All were connected by their personal passion for adoption and foster care. All had either been adopted or had welcomed children into their lives and families through adoption. All had seen what happens when men answer God’s call to be a father to the fatherless.

And all were there to answer the question: “Where are the men?”

An hour passed and the conversation meandered along a most encouraging path — of preaching James 1:27 as a defining character trait of love for the vulnerable for those who are Christians rather than as a mandate to love widows and orphans during special church holidays, of men encouraging other men to foster and adopt, of thankfulness that someone said, “I’ll be your home” to children who had been rejected time and time again.

And then, things changed. A woman stood and asked why so few men traveled to other countries to spend time with children who weren’t eligible to be adopted — the vast majority of orphans who find their home in residential care because there is no other safe option. “The women come, and the women do all the work,” she said with voice trembling. “Please help us. Please tell us where the men are when it comes to caring for orphans and vulnerable children.”

The panel grew quiet. And then the business executive spoke softly.

“I don’t have an answer for you. I don’t know where the men are. And it makes me sad to admit it.” 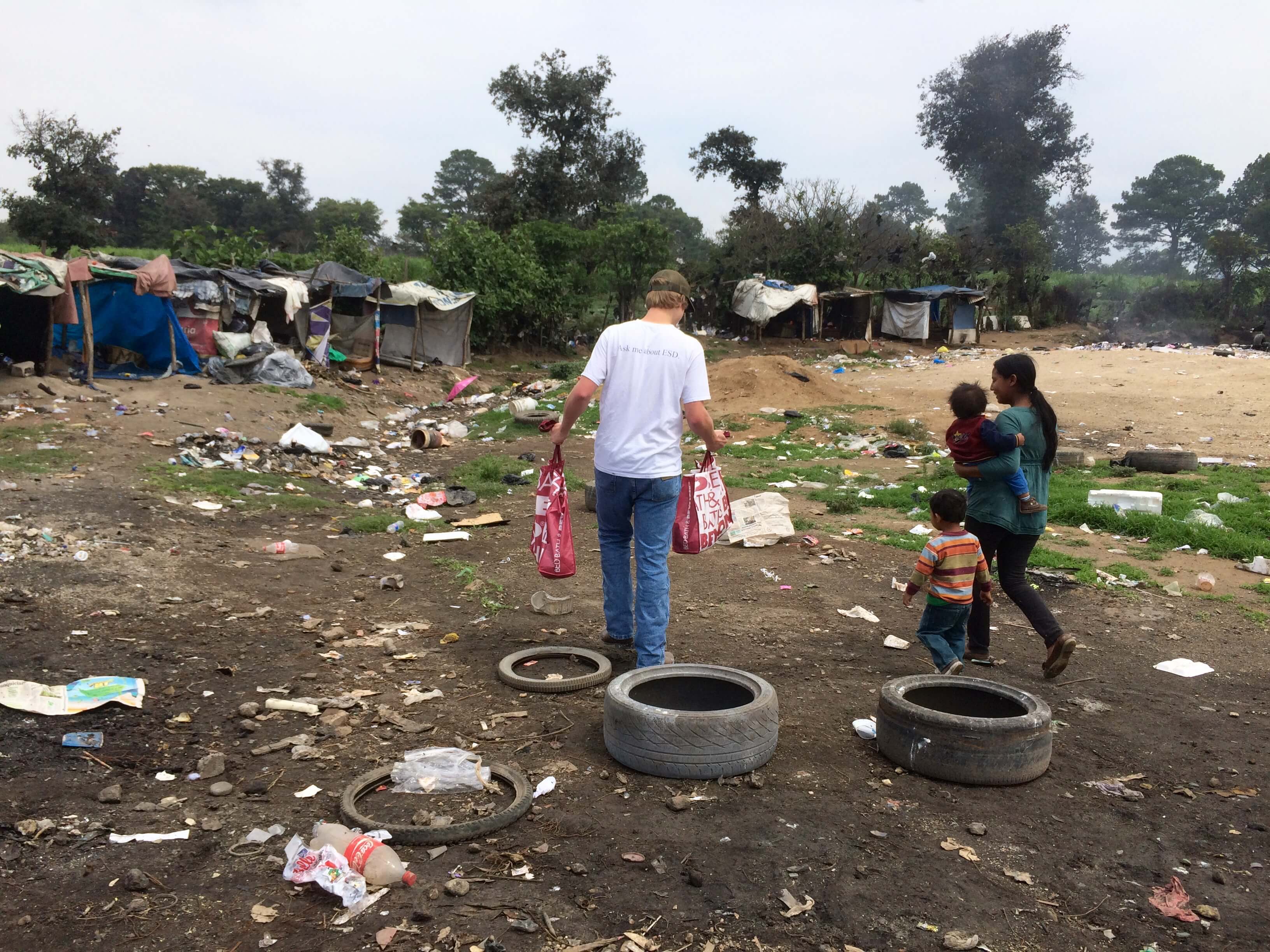 I’ve done both domestic and international mission work since the early ‘80s, and have worked in orphan care ministry for more than eight years. I’ve traveled both down the street and around the world with teams of all ages and committed to evangelism, construction, medical care, education, agriculture, nutrition, life skills training, family preservation, and simply being present to look in a child’s eyes and say, “You are known.” 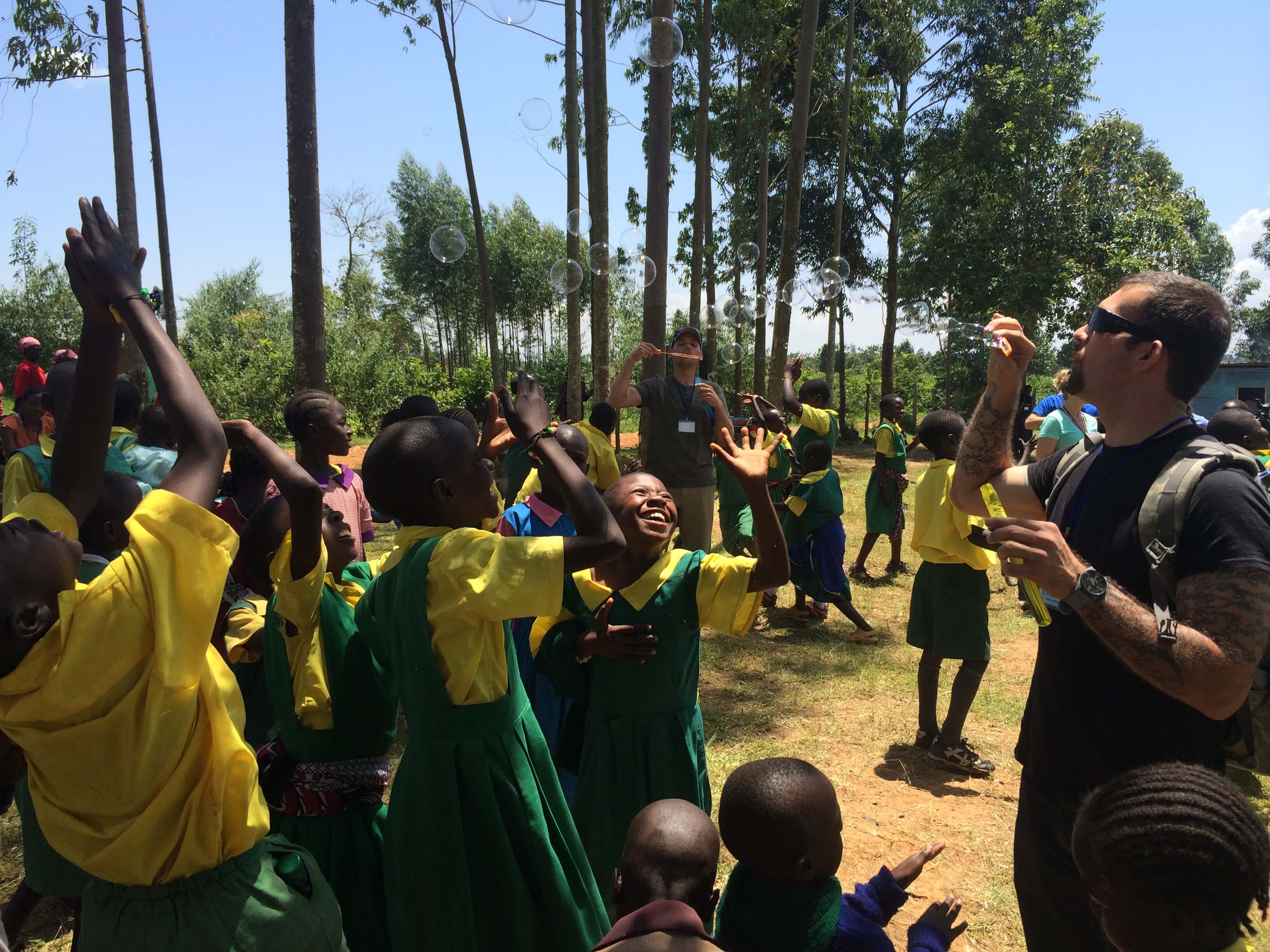 Because of the ministry work I do, I’m surrounded by incredible men who have dedicated their lives to caring for the discarded. And yet, when I think about those who have packed their bags and traveled on planes to developing countries — or those who have piled in cars and buses to care for the forgotten tucked away in crumbling neighborhoods in my own state — I see women as majority.

Now, when I spent four months in Mexico touring on a bus with a band and an evangelist, the scales were tipped in the favor of men. And when there is a hammer to be swung or livestock to be wrangled, chances are I’ll see more men involved. But those opportunities are dwarfed by the need to teach a child how to read and write, or to show a teen how to manage money and cook a simple meal, or to let an adolescent mom see that all men aren’t ogres ready to do harm. Every time a man says “yes” to orphan care – especially simply spending time with children who have been removed from their homes due to abuse or neglect – I see miracles happen. 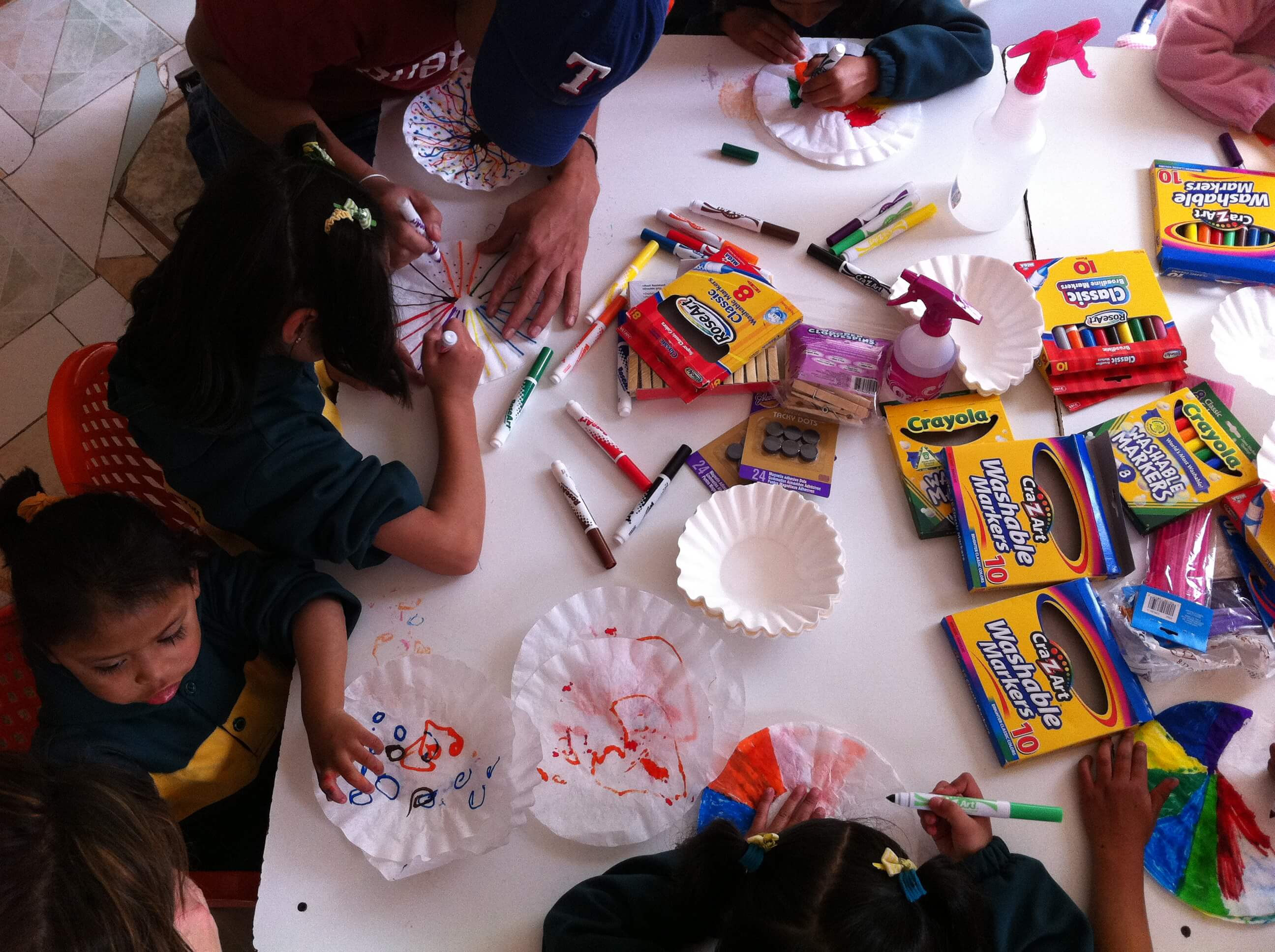 There is something in our heart of hearts that longs to hear a father’s voice say, “You matter, and I’ll keep you safe.” And I believe there’s something in a man’s heart that longs to be that protector, provider, that arms-wrapped-around-and-standing-guard comforter. I’ve seen it in the eyes of the men who have taken that risk, who have become human jungle gyms or allowed their nails to be painted pink and blue, who have acted like fools to the sound of the big belly laughs of little ones. I’ve seen it in the eyes of teenage boys wiling to be covered in Sharpie tattoos and lose at thumb wars and soccer matches so the shyest of kids feels like a champion. I’ve seen it in the tear-filled eyes of girls and women who offer thanks that Jesus has shown up in rough-and-tumble and tender. 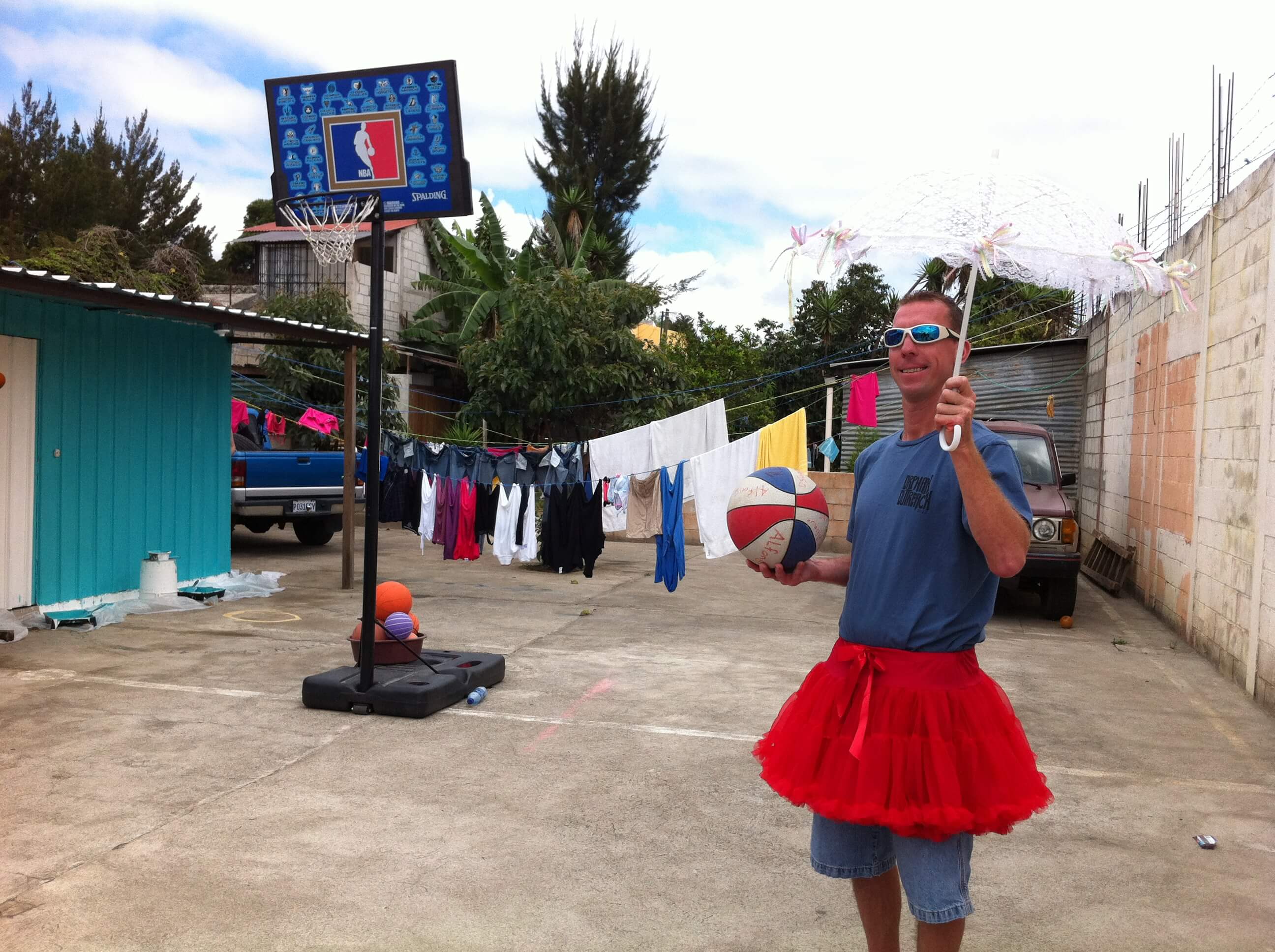 I’ve seen men weep as they’ve held the hand of a child rescued from trafficking, as that little hand squeezed tightly in response to whisper, “you’re giving me hope again.”

I love how men are saying, “yes” to foster care and adoption. And I wonder what the difference is between being a father when the child is in our own home versus being a spiritual father to a child who won’t get that opportunity.

I know there are folks who will say that the absence of men in orphan care is a link in a longer chain of men being absent in the lives of children overall – of men who consider parenting an option rather than an honor. I’ve seen the effects of that absence on kids, and have experienced the pain of that absence personally. But I’ve seen men rise up and be dads to their kids – and to kids who have become their kids through mentoring, kinship care, foster care, and adoption.

I may have only seen a remnant, but I’ve seen enough men care about orphans to give me hope – hope that more men are out there, ready to say “yes” to being there for a child.

I believe and I won’t stop believing. When the question is, “Where are the men?” I pray you’re the answer. 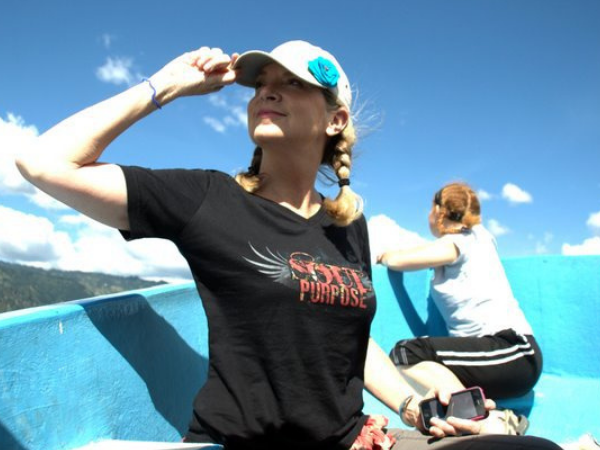 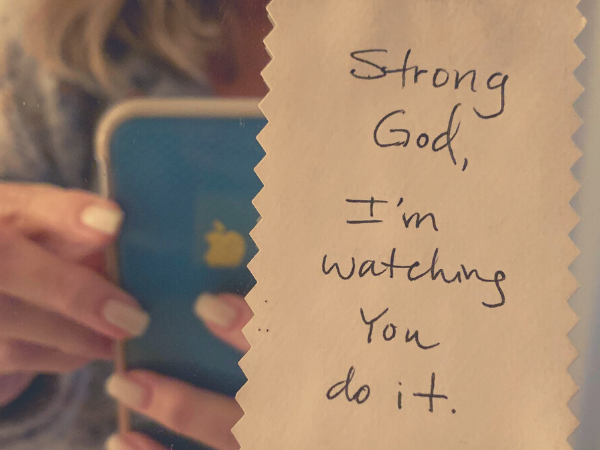