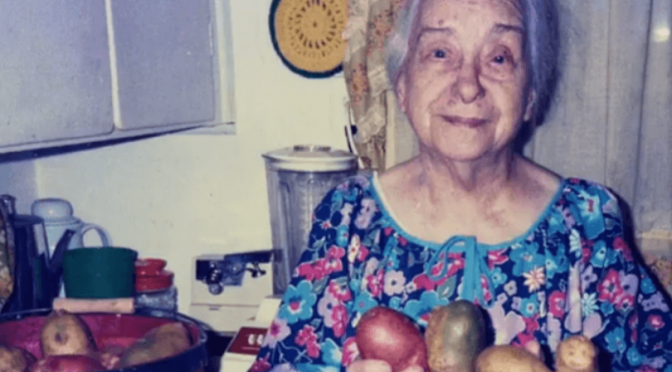 Then Jesus went into Peter’s home and found Peter’s mother-in-law bedridden, severely ill with a fever. The moment Jesus touched her hand she was healed! Immediately she got up and began to make dinner for them. Matthew 8:14-15

The days were full of ministry, of crowds clamoring to get a look at the man said to perform miracles and claim to be one with God. Sabbath had come, but it offered little rest for Jesus and the motley crew He had assembled to journey with Him. They were near Peter’s home, and the fisherman-turned-disciple suggested they all take a break to escape the noise and perhaps have a good meal.

But something was wrong when they arrived at the house that was home to generations. Peter’s mother-in-law was ill.

Jewish custom said she could not be touched.

Culture said her home was her place of service.

I can’t begin to understand everything she must have felt as she heard the men enter the home. Weak and burning with fever, she may have first been unable to discern the voices until she heard Peter call her name. She lay there, unable to greet them, unable to have food prepared. Her home would have been her ministry, and as matriarch, her people would have been her trusting congregation.

She heard footsteps, and opened her eyes slightly as Jesus walked to her bed and held her hand. He pushed past the boundaries of culture and propriety to tell her she was valued. I imagine her rising, grabbing a robe, running her fingers through hair, and rushing to the fire to prepare a good meal for Peter, his friends, and the miracle man who loved them all, including her. It was the same meal she would have prepared anyway, as was her honor and responsibility.

But this time, the meal meant more.

There is no record of her knowing what had been happening beyond the walls of her home all day, or why crowds were gathering outside. Not one scripture hints to her knowing who Jesus really was.

She had no idea that the meal she prepared would become the subject of three Gospel accounts, or an object lesson in Sunday school books. She had no idea that her food would fill the belly of God-in-Flesh who would live and die and live again, just so she could fully live. She didn’t engage in debate over custom and culture, or question how or why the healing came.

Peter’s mother-in-law is a beautiful picture of take, bless, break, and give. Jesus extended His hand to offer life. She rose in gratitude, and offered up the good her hands already knew to do. Bread and wine became a life-giving feast worthy of great love stories.

What good do your hands know to do? And what great love stories might be written if you simply take, bless, break and give?

(The photo is of my precious Aunt Prudence. Preparing meals was her honor, and her kitchen was always filled with the fragrance of warm vanilla. Jesus was so real to her that you imagined Him sitting on the sofa drinking iced tea and talking about the day. She was my hiding place in a childhood that was less than kind.)

If you enjoyed this little celebration of Peter’s mother-in-law, you might like the story of Dorcas or the Samaritan woman.