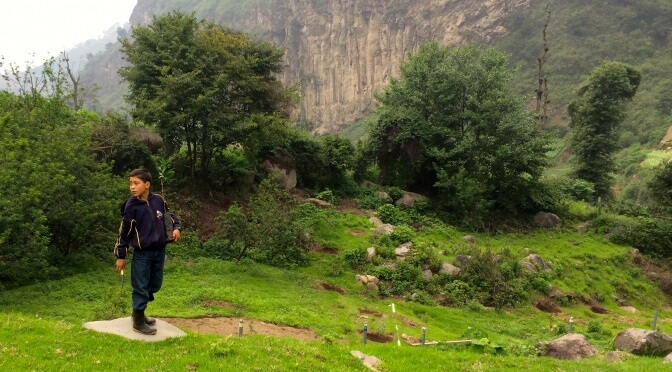 Brayan is such a quiet one, a hard working one. The story of his arrival at Little House of Refuge is kept tucked away, but there have been hints – hints of a harsh, hurtful life that no one should ever have to live. He’s safe now behind the cinder block walls and iron gate that muffle the sounds of trucks on the highway and the blaring of political ads from loudspeakers and the music from a nearby bar. Some may look at the orphanage and name it “no place for a young man to live,” but when I see his eyes light up, I know he has a different name.

He does his best in school, and he does his chores without complaint. But it is in the helping others where Brayan shows who he is. It’s in the caring for people where I see his purpose and his future. 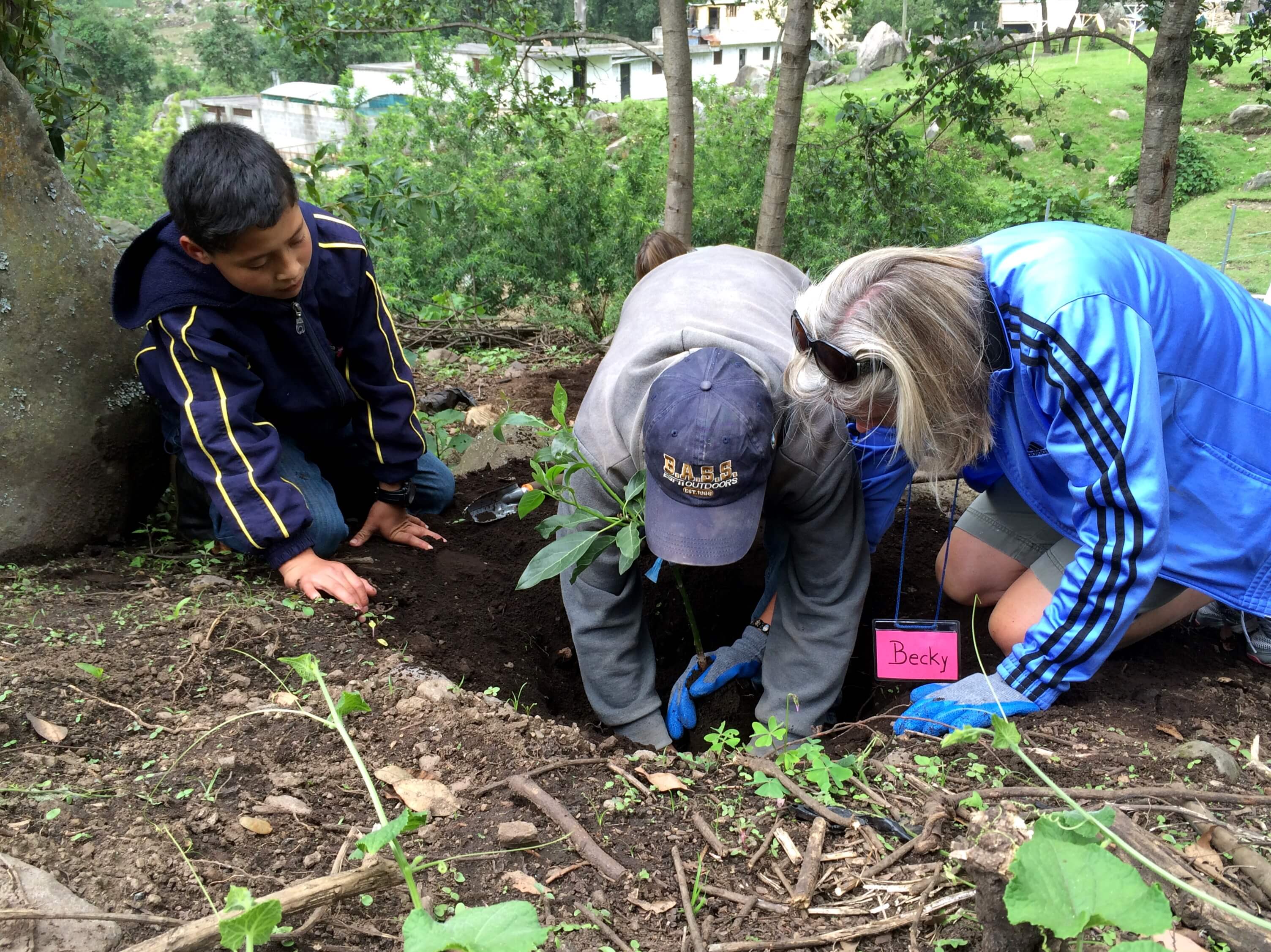 Brayan helped dig holes so fruit trees could be planted – and he carefully helped pack the soft earth over the roots of each seedling so they would be protected. Long after the planting was over, he was still tending to the trees, helping to move the hoses into place to keep them watered when the rains of of the Guatemalan winter end and the harsh sun cracks the earth. You know what they mean to the caregivers and kids who live at Little House of Refuge.

Brayan’s life is a beautiful one. I don’t know if he recognizes it yet, but his life is a story for all to read. You see, he is a shepherd, tending to those trees the way he tends to the children he calls family and the place he calls home. It was evident on the hillside as he stood, shovel in hand, ready to dig. It was evident in the way he checked on the goats and sheep to make sure they had food and drink. And it was evident as he stood, the focal point in a crowd of smiling faces who cheered for him and celebrated his 13th birthday. His wish? Simply to listen to the World Cup on a radio.

I thought about my own son at that age – what was important to him, and how awkward that season was – all legs and feet and middle-school clumsy. He wanted the latest gaming system. We went to a hockey game and gorged on popcorn and hot dogs and ice cream. Birthday cards with money and giftcards tucked inside were plentiful. He was the star. 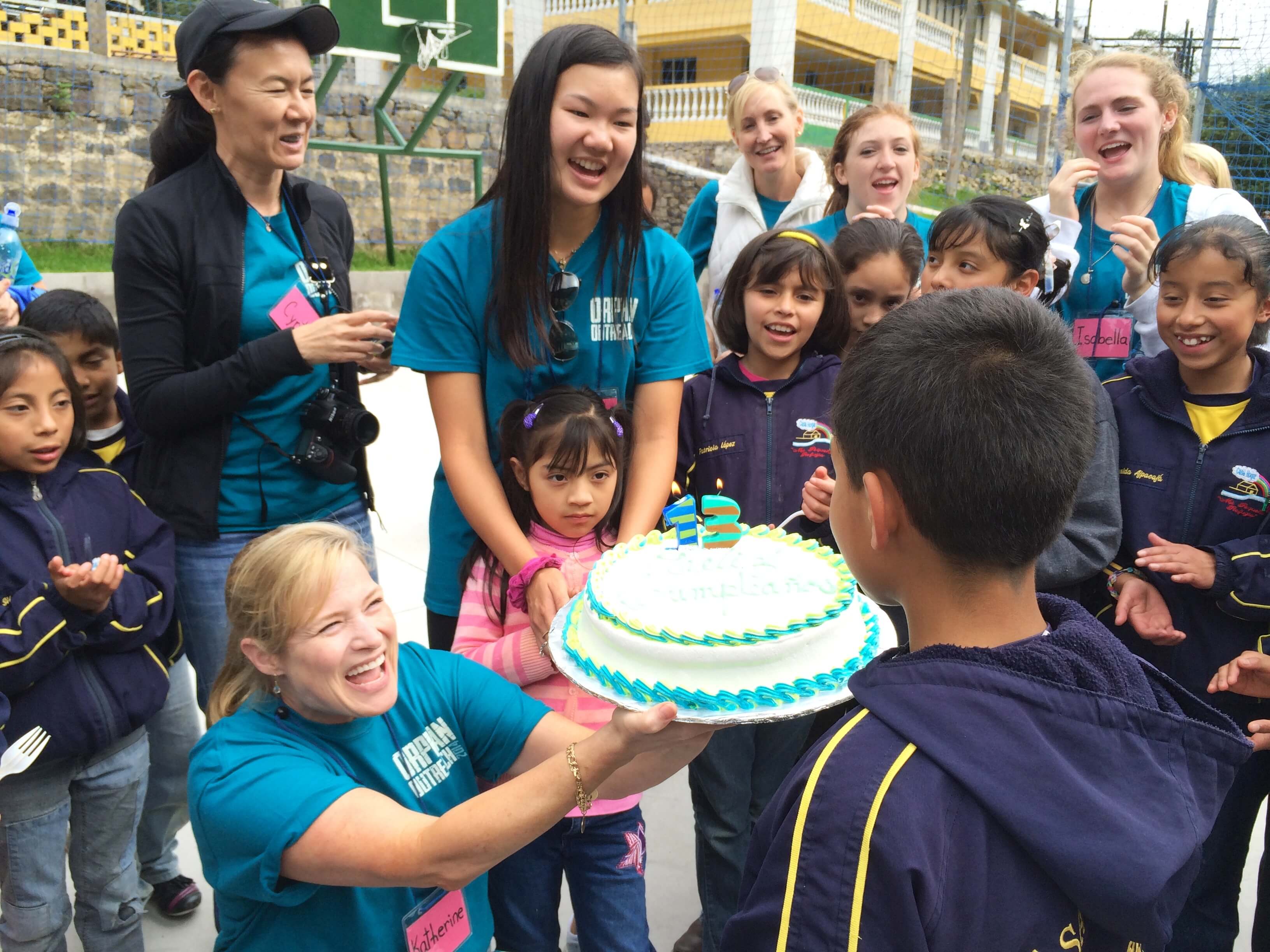 And there Brayan stood, birthday cake in front of him with candles glowing. It was his day to be the star. He blew out the candles, smiled and walked away.

To the back of the line.

I would have been at the front of that line – grabbing my cake because it was MY day. But Brayan’s heart wanted to make sure every other heart was full. He wanted to see frosting on faces and hear laughter. He longed to tend to those around him first. Because he knew what it meant to the caregivers and the kids who live at Little House.