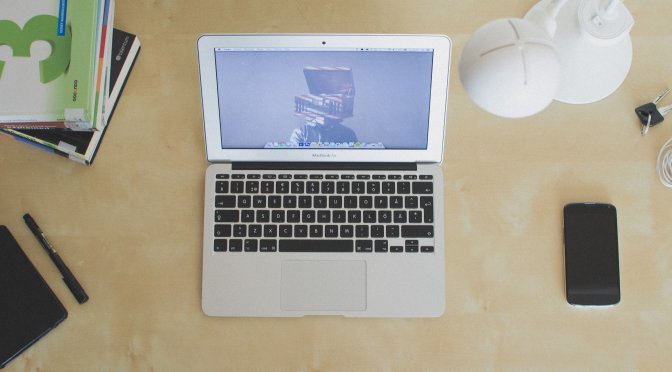 I remember getting the call from the recruiter. “I found your resume on LinkedIn, and we’re very impressed with you.” I wasn’t necessarily looking for a new job, but I had been told to always give a little time to every opportunity. And this wasn’t just any opportunity. This was a marketing management position for a global giant with a best-in-class reputation.

Everything changed when I walked through the doors of the company and sat down to be interviewed. “Your background in corporate and retail marketing is exactly what we’re looking for right now,” remarked the executive sitting on the other side of the conference table. “It’s a rare combination. So, talk to us about the methods of financial analysis you used to evaluate campaigns.”

I paused for a moment to gather my thoughts. While I had a general understanding of the financial models used in the companies I had worked for, I had always relied on my teammates in accounting to take the lead in analysis. It was a great partnership structure that allowed people to work within their strengths. But it wasn’t a model used at all companies – including this one.

“Your resume would indicate a strong background in finance,” the interviewer said. “This position, while in marketing, focuses on financial analysis.” She turned to her laptop, brow furrowed. “We do have another position you might be interested in – we are still impressed with you. It’s a product marketing position, but it would be a step down from the type of work you’re doing now.”

She continued to describe the position, but my mind was focused on the resume that had opened the door to the wrong job. It was a resume I had been proudly building for years, adding data point after data point of impressive words and lots of numbers. It was clean, easy to read, and those bullets on the page were most certainly straight shots to the heart of any potential employer.

Now, there’s absolutely nothing wrong with an impressive résumé. Experts tell us that a well-written, one-page list of outstanding achievements will set us apart. And certainly, there are tricks to building a résumé that makes it through the first-pass skim of a company’s tracking system. Online tools like JobScan test your résumé against desired job descriptions to see how well it might fare. If I were to apply for a job today, I would most certainly make sure my submission included keywords that caught the virtual eye of scanning bots. After all, our résumé is our personal marketing campaign. We want it to yield results.

“Don’t lose yourself as you’re finding more things to add to the page.”

The résumé I had built definitely yielded results. In fact, that résumé was very successful –in attracting jobs that didn’t fit my career goals or personality. Not results are good ones. Just ask my friend who crafted a great promotional giveaway as part of a charity campaign in a major US city. Every person who actively participated in the campaign received a coupon for a free gourmet burger in a casual dine-in restaurant chain. Folks loved those coupons, and the redemption rate was an unheard of 70%. Most of us would think those results are hugely successful. But there was one, not-so-small problem with that coupon. It didn’t designate HOW it could be redeemed. My friend had planned on the burger being enjoyed with other food and beverages at a table inside the restaurant. Instead, most people used the coupon for to-go orders. No additional purchases were made to offset the cost of those burgers. The marketing was successful – but the real results were dismal.

Your résumé isn’t merely a collector of the things you’ve done over time. And it’s not just a keeper of impressive statistics.

Your résumé is a word picture of who you are – how you like to invest your time, what motivates and inspires you, where you best contribute, and why those contributions matter.

If only my 25-year old self would have known this secret – she would have worried far less about collecting impressive data points and discovered a powerful and attractive story to share with prospective employers.

So, how do you build a resume that doesn’t bury you in the bullets? Start with these three tips:

TELL A STORY THAT SHARES WHAT YOU LOVE.

Evaluate the work that you’ve done over time. What skills and talents shine in both your vocation and avocation? What types of work feel more natural to you? What job functions energize you rather than weary you? Let what you love take the lead.

TELL A STORY THAT GROWS STRONGER OVER TIME.

Take a look at your work history – both paid and volunteer. And don’t neglect the way you spend time away from obligations. Look for the cohesive themes, because I promise, they will be there. Are you energized by the fine details of planning, or do you love to take a big idea and actualize it? Perhaps you are the steady force that keeps projects moving forward long after the luster of the launch has worn away, or the visionary who is taking the results you see and transforming them into the next big idea.

TELL A STORY THAT REVEALS WHO YOU ARE.

If we’re honest with ourselves, we need far more than a paycheck for a job to be fulfilling. We long for a culture where we fit and thrive, we long for community with coworkers, we long to be a benefit.

Your résumé has the power to tell more about you than your skills. Within the narrative, it can share the story of what matters to you culturally, the qualities you admire in an organization, what a thriving culture looks like to you. And it can share the values you hold dear. As a hiring manager, it is this piece of the puzzle that often becomes the make or break in interviews. “Does this person feel like they could be part of our family?” is the question always asked. Finding the right mix of talent, attitude, and heart makes saying “yes” so much easier.

Paul Sohn, founder of QARA, says, “People are touched by your heart more than your résumé.” He knows. As a 20-something himself, he’s witnessed the power of telling a story that’s more than a list of accomplishments.

When you allow your résumé to share the story of you, you unleash that power.