The room is dark, save for the glow of the laptop that is now perched carefully on top of the covers in the bed. Sleep came but left quickly, and I now lie here in the quiet – pondering. “Pondering” – that word often replaces “think” in my vocabulary, because it seems to far more accurately describe what goes on in my mind as I sift through images and facts and feelings and fleeting whisps of prayers. And in the stillness of this early morning, I am indeed pondering Guatemala. The lists of things to do before our team departs on Sunday have been pushed away and replaced by the faces of the people I’ve met since the first time I breathed in the perfume of dirt and diesel in 2008. 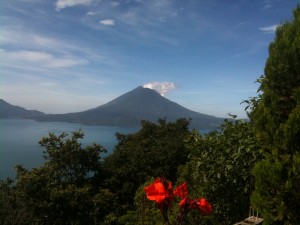 Each time I return, the beauty of the country is sketched more intricately on my heart. The twists and turns of the mountain roads have a rhythm to them that feels like a dance, and the sound of the laughter of the orphans as we fumble through songs or unpack shoes and backpacks is music. The returning is a precious gift to them – and to me. It’s something we tell everyone who ever contemplates a missional journey. “There’s untold value in returning, in the discarded seeing your face – and then seeing your face again. Every time you return, you tell them they matter.”

Yes, there is joy in returning again to Guatemala. The hello is a gift. But I’ve come to understand – maybe even embrace – the pain of goodbye as well. The hugs at the end of every visit have become a bit tighter, and the “I’ll see you again – I promise” has taken on a richer meaning when colored by the weight of the goodbye. 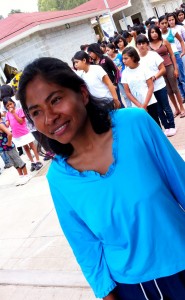 I think about Josabeth, the young lady I first met in 2008. I saw her again last May – she had “aged out” of the system, but was given a bed and food at a government orphanage in exchange for doing chores. The assistance was coming to an end, which meant she would be sent on her way, with no support and no family. 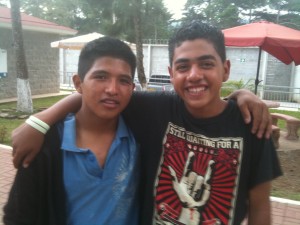 There’s Alfredo, who I last saw in October 2010. He was 16 at the time – a handsome young lad who had been living in orphanages with his little brother since his parents decided they had too many mouths to feed. He will age out this year, and will have to leave his brother behind. 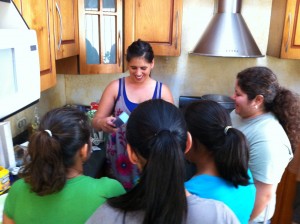 And there are the precious young women who were given an opportunity to learn and grow and excel at a transition home where we giggled about boys and baked cookies and danced in the living room. The transition home has been closed, and the girls have been placed with distant relatives or returned to orphanages. Facebook accounts – once filled with pictures and updates about their lives – are quiet. 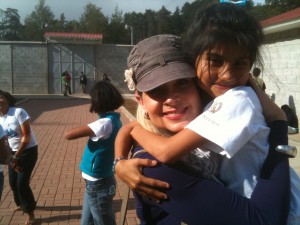 And the list grows. The discarded, the rejected, the ones who battled for every new day. The exceptionally beautiful hellos that I had no idea were actually goodbyes. Next week, the first hello – and the hello again – will be there. Next week, the goodbye will be there too. So, what do I do with goodbye?

I speak – words of encouragement, words of truth, words of a life that’s bigger than this life

I live – out loud, with abandon, with joy even when the tears are falling

And I remind myself that there is an eternal “I’ll see you again – I promise” wrapped in the goodbye. Right now, in the stillness, my heart reminds me – that is indeed another hello.