When I first began blogging about my journeys with the discarded, the posts read like diary entries. With rare exception, the words had a similar flow to them – “we visited, we distributed, we played” in a predictable chronological liturgy. Sprinkled throughout the stories were statistics and historical facts, what I was missing while away, and what I would do – and what I would eat- when I returned. But along the way, something changed. Calendars and activities gave way to people, with their struggles and their victories. I fell out of love with the idea of going on mission trips, and fell passionately in love with mission itself – and with those who literally bleed Isaiah 1:17 and James 1:27 through their need or  through their care. So if you’ve come here seeking a nice recap of a day’s events, I’m sad to say you shan’t find it. But if you have come seeking a glimpse into the life of the Beloved and Broken, welcome. Stay a while. And should you be so inclined, share what you see with others as you invite the holy fire of grace and justice to invade your life. 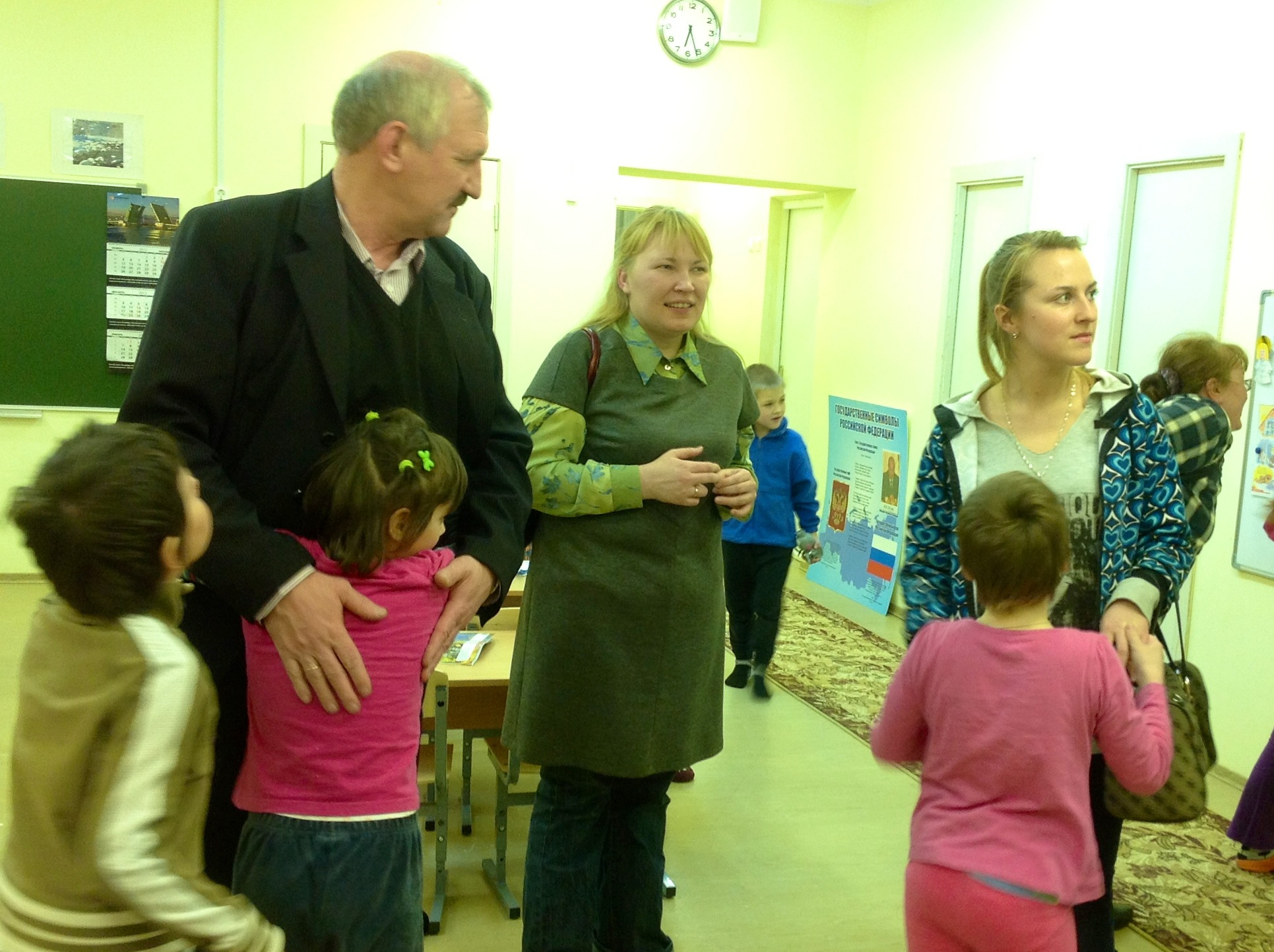 Perhaps that new life will look like Anatoly. A dapper man with soulful eyes and a moustached smile that appears often, even when he is struggling to find the good in a conversation, the director of the orphanage in Nikolsky is a protector. The large wealthy city just outside St Petersburg has had an orphanage for years. The original one was located near the city center, and was a picture of chaos and disrepair when government officials determined the building could be used for better purposes. A new orphanage was built a few miles away – tucked away, as most orphanages are, in a residential area. The imposing three-story structure dwarfed the community around it – but was built so shoddily that steel reinforcements had to be retrofit into the walls themselves to keep the building from collapsing. Ninety-seven warnings were posted by safety officials against the orphanage before it was opened, but they were ignored and it was opened anyway. The children moved from the old to the new orphanage – a place with inadequate heat and unfinished rooms. With the help of partner ministries and churches – including Orphan Outreach – all but one of the issues has been resolved. Inspectors have decided the windows at the basement level are too small. Construction plans are being made, but there is grave concern for the building so poorly made in the first place.

Anatoly said the children were treated more like pets when he arrived a few years ago to become director. They didn’t understand their value as humans, and acted out in rage and aggression. Running away was common, violence was common. These were the misfits, the shattered souls. He says his purpose is to help them understand their true worth. And he believes it is great. 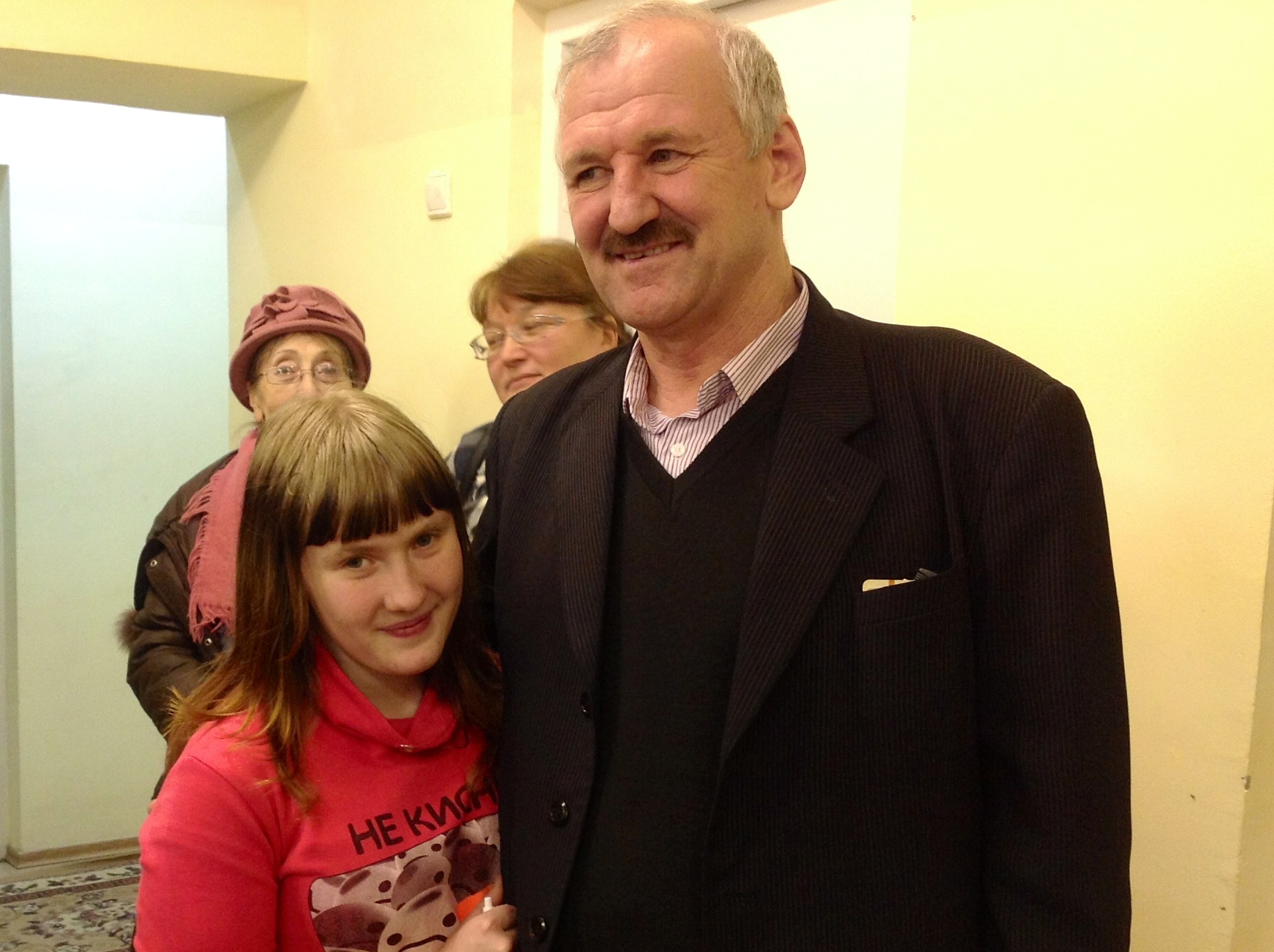 Helping the children understand their worth translates into changed behavior. And that has a benefit for all involved. Anatoly and directors like him are personally fined when children skip school or misbehave. And the recommendation from Education Ministry experts is that children who run away need to removed from the orphanage and hospitalized for psychological evaluation. Poor behavior equates to likely mental issues. Anatoly is troubled by the concept. “I will work for the children. I will fight for their rights.” And he has done just that – for he is a protector.

Currently, 57 children live in the home. Anatoly says that, by the end of December, 7 more will arrive. He can accommodate up to 90 kids, ranging in age from 5-18. With more than half of the orphanages in Russia closing down as Putin pushes aggressively toward a foster care model for his country, those orphanages which remain must accommodate larger and larger numbers of children.

Anatoly is careful to speak about the emerging foster care program, as it is showing promise for younger children. But his face falls as he talks about his teens – the largest population in his orphanage. “The children come from bad living conditions, bad family situations. It takes time to bring them up and make them feel at home here. Some are fortunate to go to foster care as part of kinship programs – but there is only interest in the young ones. Often they are returned to the orphanage as teens, when the family finds managing them difficult. Then the child has suffered rejection two times. Or sometimes even more.”

He speaks of a young teen who has recently returned to the orphanage for a second time after being placed in two kinship programs. She is embracing the familiarity of the orphanage, and she runs to the security of Anatoly’s waiting arms when she sees him. Like most of the orphans, she calls him Papa. She is one of 12 teens returned this year alone. “We do our best to teach them how to deal with anger, how to forgive, how to rise above. They have to learn to live in a society in which bad things happen. “ With the Avenger’s help, they will do just that.

Of all the items on his list of needs, he cites one as being even more important than the basement windows. He wants his teens to go to Christian summer camp. This year, only 5 were allowed to go due to space constraints. His hope is that 25-30 will be able to go next summer. “Russia offers state camps for teens, but they are expensive and not good for orphans. But Christian camps  – they are different. When the children return from camp, they come back changed. Their behaviors change. Their attitudes change. Their hearts are changed. I wish every orphan could go to Christian camp.”

Anatoly’s passion as a father and grandfather show through in his care for his children at Nikolsky. His eyes fill with tears as he speaks. “We try to care for them. The statistics aren’t good for orphans. Without good support, they get involved in dangerous things. We want our children to live a good life. We try to help them get in better tech schools and universities, and we care for them when they are away. I have to court when our children take the wrong path. I see first hand the fruit of their choices. I want them to be good adults.”

Anatoly, I wish you were my Papa. I know my life would be protected and lifted high under your care. Thank you for loving well.

If you’d like to serve the children of Nikolsky, get to know the folks at Orphan Outreach.

One thought on “Anatoly, the Protector”