God judged it better to bring good out of evil, than to allow no evil to exist. ~Augustine

A few weeks ago, I shared this story – a portion of it was here, and the rest was published on Elora Nicole’s blog. I had never felt so vulnerable as I did that day. What I learned was something I had taught to others over and over again – that our testimony matters, that our stories need to be told, and that God, in His mysterious miraculous way, really does give beauty for darkest of ashes. So today, the whole story is here. Because I’ve got a gut feeling someone else is caught in the unreconciled tension of “I don’t know.” Maybe that someone is you. 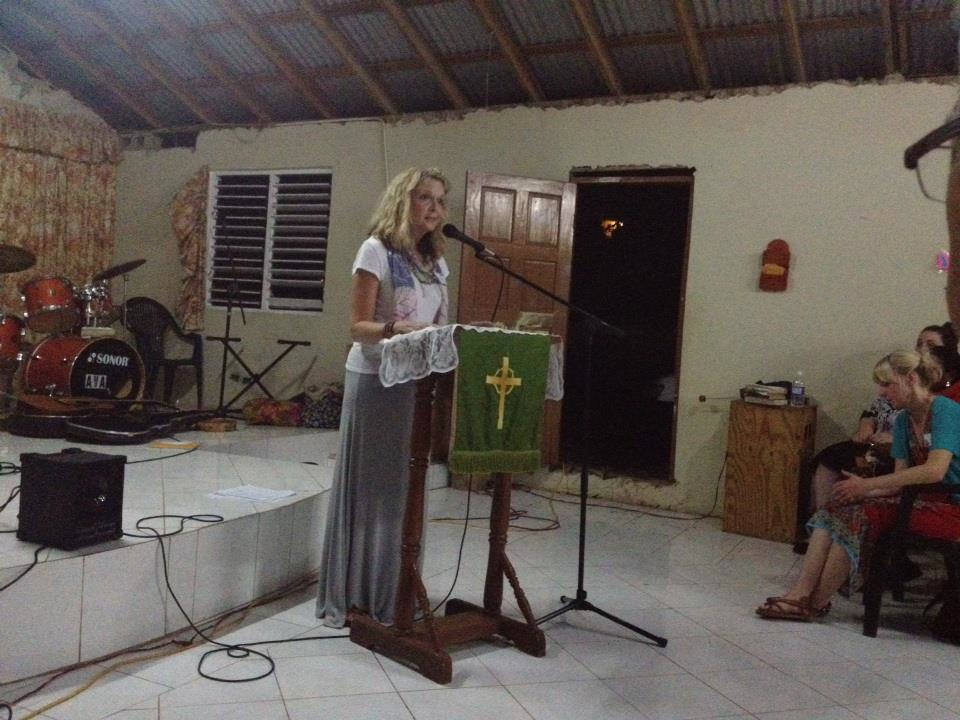 The Jamaican breeze seemed nonexistent in the corrugated tin and cinder block church that night. I stood, knees shaking under my sweat-soaked dress, and stared at the crowded room. There hadn’t been as many faces the night before, when the rain came and cooled the earth. But tonight, the faces were everywhere. Every bench was filled with women, and the doorways and windows were crowded with men who were curious about the lights and noise coming from a building usually silent at night. I took a deep breath and stepped up to the microphone.

“Oh yes, you shaped me first inside, then out;

you formed me in my mother’s womb.

I thank you, High God—you’re breathtaking!

Body and soul, I am marvelously made!

I worship in adoration—what a creation!

You know me inside and out,

you know every bone in my body;

You know exactly how I was made, bit by bit,

how I was sculpted from nothing into something.

Like an open book, you watched me grow from conception to birth;

all the stages of my life were spread out before you,

The days of my life all prepared

before I’d even lived one day.”

The words from Psalm 139 hung in the stillness of the air – and in my heart. I felt the tension as I held up a hand-painted coffee cup. 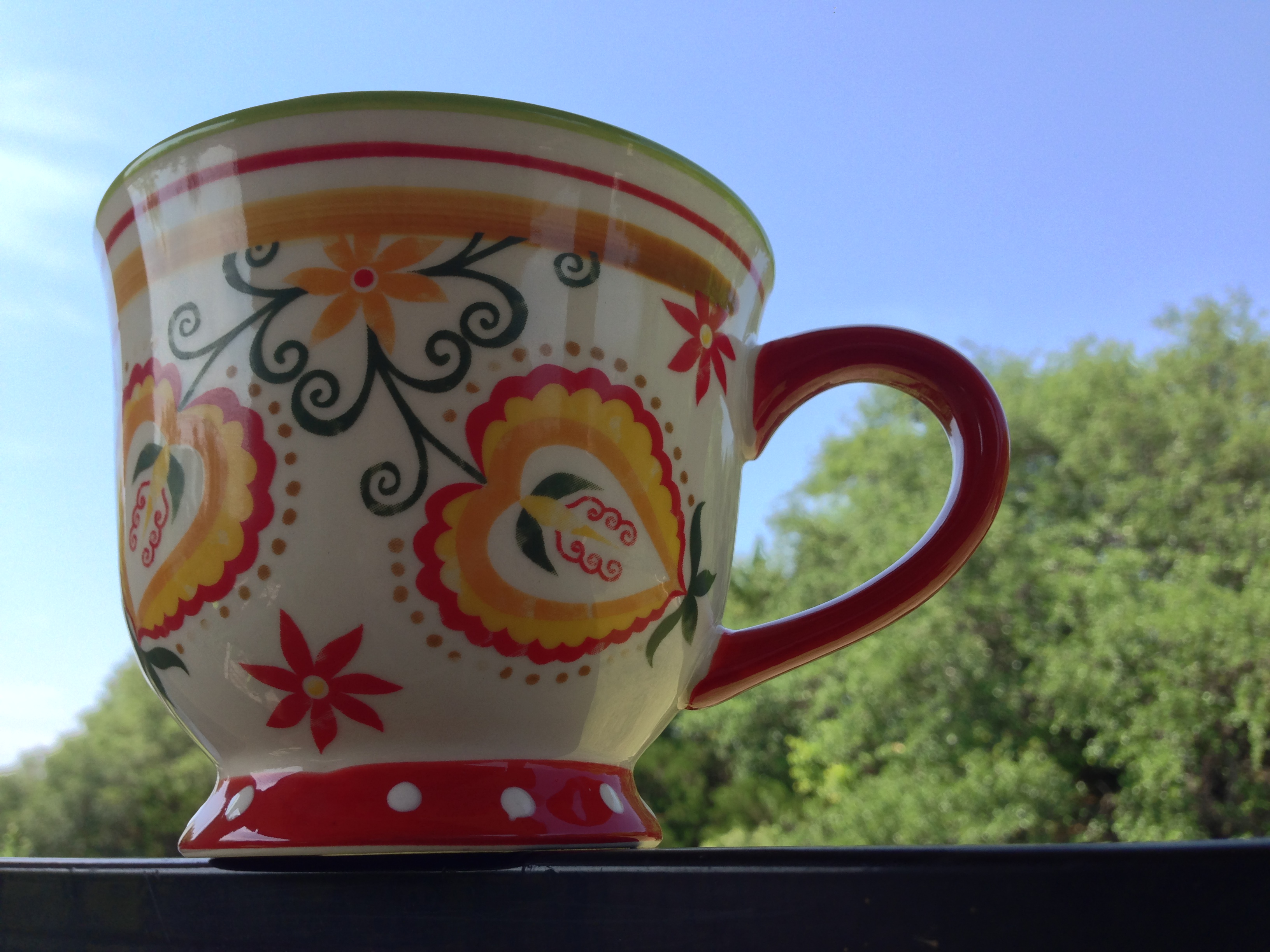 “We are marvelously made. Fearfully and wonderfully made – like this cup. Designed perfectly to hold beverages, adorned with flowers. Lovely. Someone thought of this cup, its design. Determined how it should be shaped, how it would be cradled in someone’s hand, where its handle should go. How much liquid it would hold. And that someone then took that thought and made the cup. The cup is the craftsman’s worksmanship. Created with a purpose. Just like you. Just like me.”

The faces smiled, and I took another breath. I reached for the hammer.

“But what happens when the fearfully and wonderfully made is broken?”

And for the first time in public – to a room of strangers, I named the breaks in the cup that was me.

I picked up the cup and threw it to the floor, crushing the pottery into shards that danced at the feet of the women in the room.

“I aborted a baby when I was 18. Took a piece of paper and wrote out the pros and cons of motherhood as a freshman in college, and made the decision to end a life because it was inconvenient.” 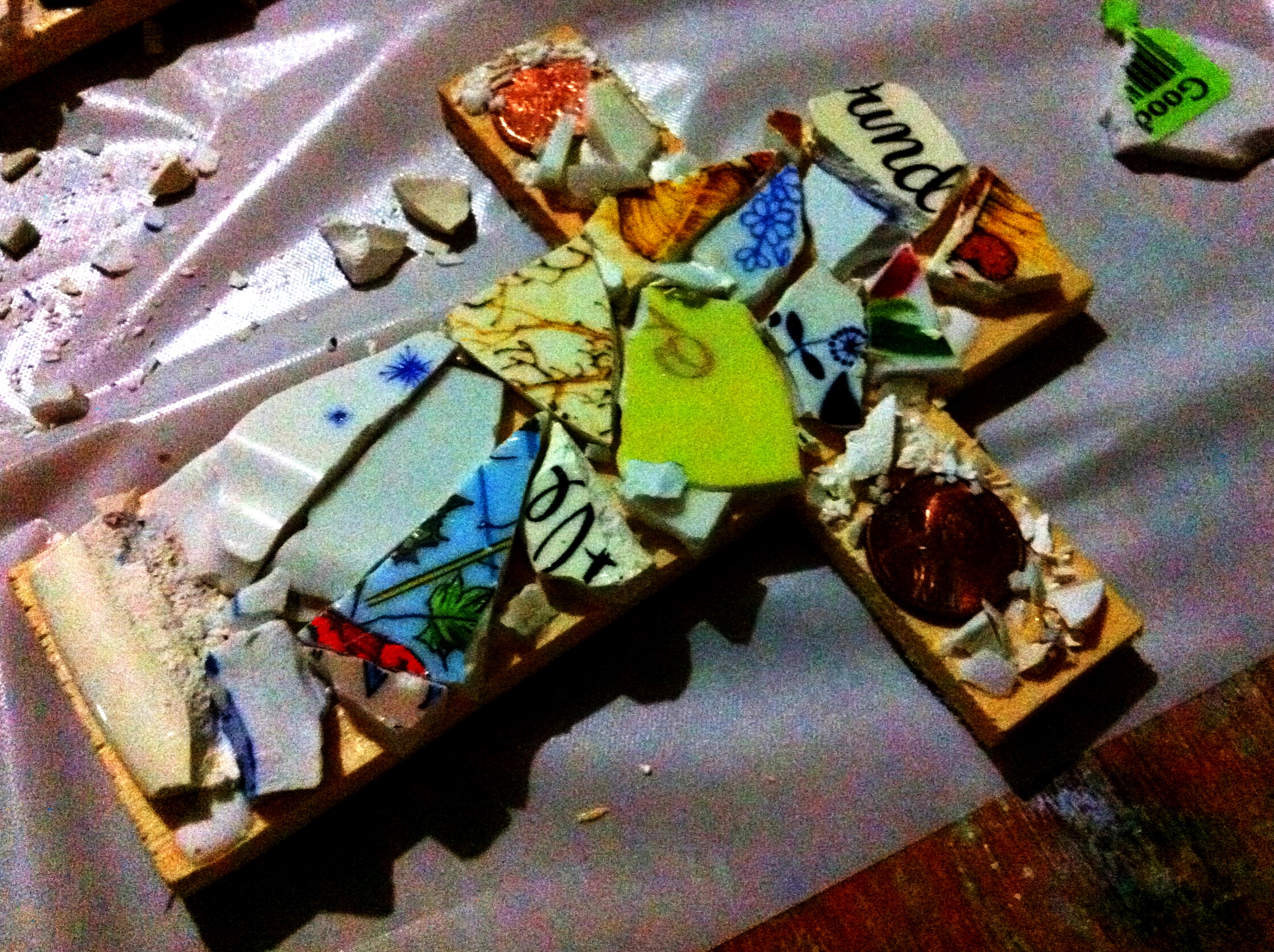 I spoke that night of redemption and transformation. Of how God takes broken things, damaged things, worthless things, beautiful things, things that don’t make sense – and He hand-crafts them into things of beauty and great worth. There were prayers and tears as the crowds moved from the benches and doorways to the altar, and crosses were made from shards of broken pottery and mortar as a symbol of His power, His mercy, and His grace.

One of the faces came closer to me. Through the sobs, the young woman asked if we could talk. We found a corner away from the crowds and she shared her own story of abuse and suffering. And she asked the question that’s always there when pain is present.

I looked at her – that beautiful face begging for response – and answered, “I just don’t know.” We held each other and wept.

The arguments mount about what is of God and what isn’t. If Psalm 139 is real, and if God has written every day of my life before even one is lived, is abuse, neglect, pain, and even sin written in on purpose? Or are they simply the consequences of living in a fallen world, with God revealing His purpose through – or despite – what happens? The streams of theological discussion are littered with the debris of doctrine.

Sovereign God – when dissected and diagramed – appears to be either a self-inflated jerk, a weak pacifist, or asleep at the wheel.

I live in the unreconciled tension of the “I don’t know.”

I live in the knowing that I’ll never fully comprehend all of God – that I will at once be amazed and disheartened by His providence, that for every “God showed up,” there will be a “where was God in this?” that causes war to wage between trust and doubt. I know that my logical determinations of “good” will always fall short of the mystery of its full definition.

That unresolved tension is the fulcrum of belief. What causes some to walk away has done a different work in me, walking me through the debris of doctrine to lay hold of a greater mystery. Faith. Faith that sees past the boundaries of logic and beyond the arguments. Faith that can’t be conjured or willed, but just is.

It’s by the great mystery of faith in a Sovereign God that my circumstances have not defined me but rather refined me, crafting in me a heart that aches for justice and hungers for mercy, rather than wallowing in woundedness or marching in militance. It’s that faith that has transformed my “why” into “thankful for.”

Yes, thankful FOR the abuse, and the neglect, and the pain – for they have given me eyes to embrace hope and to forgive fully, and boldness to hold a weeping woman who asks “why,” and not be afraid to say “I don’t know” – thankful for a sovereign God who doesn’t explain the purpose yet makes every moment purposeful.