Today is my birthday. I’ve had 54 of them now, so you think I’d get bored with them. But there’s always a “brand new” that happens when I think about the whole idea of a celebration of one’s arrival to this thing called life. And just when I think I’ve learned all there is to learn, or received all there is to receive, God is good to show me He’s not finished with the gifts and the growing.

And this birthday, He’s giving the gift of brave. 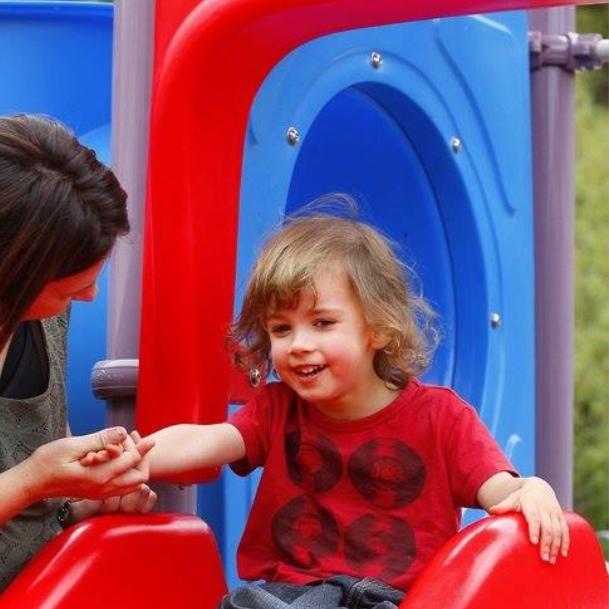 Earlier this week, I received a perfect birthday gift. His name is Finley, and he’s a precious 3-year old Aussie who celebrates his own birthday in just a couple of weeks. He’s so adorable. I could sit and stare at his photos for hours. I may never get to meet him in person, but this precious little man has already changed my life in a very big way.

Finley is a valiant warrior. His mom, Louise wrote this about him:

Just thought that I would introduce Finley. He was matched yesterday with Ronne Rock. Finley will turn 4 years old in just over 3 weeks time. Finley was born with a very rare chromosome disorder. There are less than 250 diagnosed cases worldwide.

Finley cannot talk and cannot eat. He faces an uphill struggle but we are incredibly lucky to have him in our lives. We feel so blessed that someone, somewhere, will be running for Finley. You can follow Finley’s journey at facebook.com/thisisfinley.

Finley is my running buddy. We were matched as part of a program called I Run 4, a nonprofit that matches those who run with those who can’t. It’s such a simple and precious way to create community, and the 1 Run 4 Facebook wall is full of photos and encouraging messages and prayer requests.

Finley is MY valiant warrior. Because he’s teaching me to be brave right now.

You see, I’ve not yet gotten to run once for Finley. A strange searing pain in my right leg sent me reeling on September 9th. I’ve been hobbling about, certain the pain would go away – that it was a cramp or a catch. I tried to manage it myself, partially because I pride myself on being a tough chick and partially because the horrible voice of fear reminds me of how my mom died (when breast cancer came back like a vengeance and found its way into her leg bones). I’ve pretended like things are absolutely, positively OK.

But Finley is brave. And I know Finley would say “It’s OK to be afraid. But it’s not OK to not be OK anymore.” 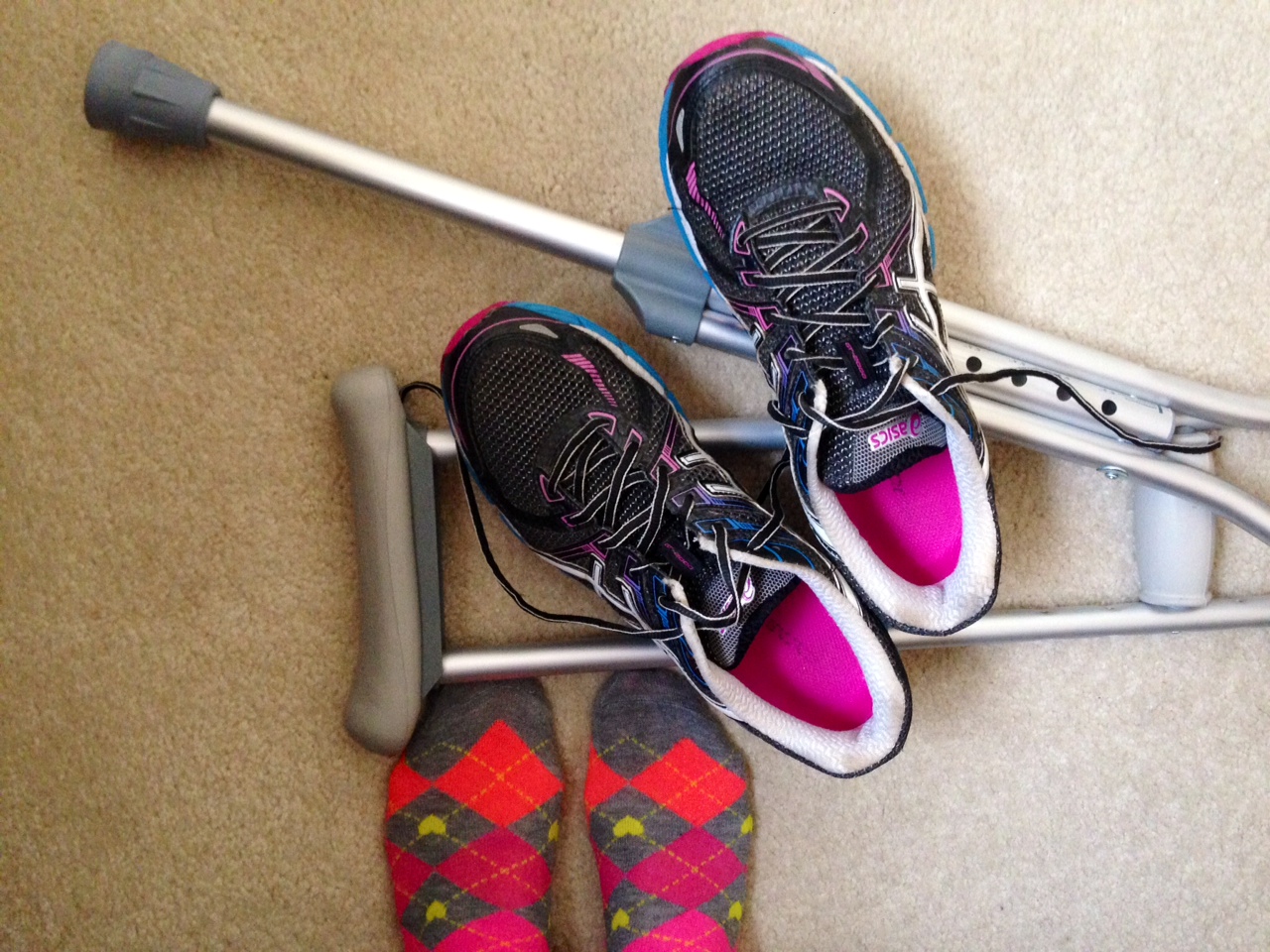 So there have been x-rays and there has been an MRI. There are now mandatory crutches. And on Monday, there will be two screws in my hip. That searing pain wasn’t a cramp or a catch. It was a stress fracture that has crept its way through half of one of the bones. The crutches will remain for a season as I heal. I’ll have to slow down. Every part of me. Every single bit of me that’s used to running – the quick to go and quick to work and quick to plan part of me.  Eventually, there will be running on streets and trails for Finley. And eventually the other parts of me may be allowed to run again too.

But for now, the running looks like faithfulness, quietness, appreciation, patience.  My running looks a lot like Finley. What a precious thought – my little valiant warrior is running for me. He’s given me brave. Happy birthday to me.

12 thoughts on “Finley and the Gift of Brave.”