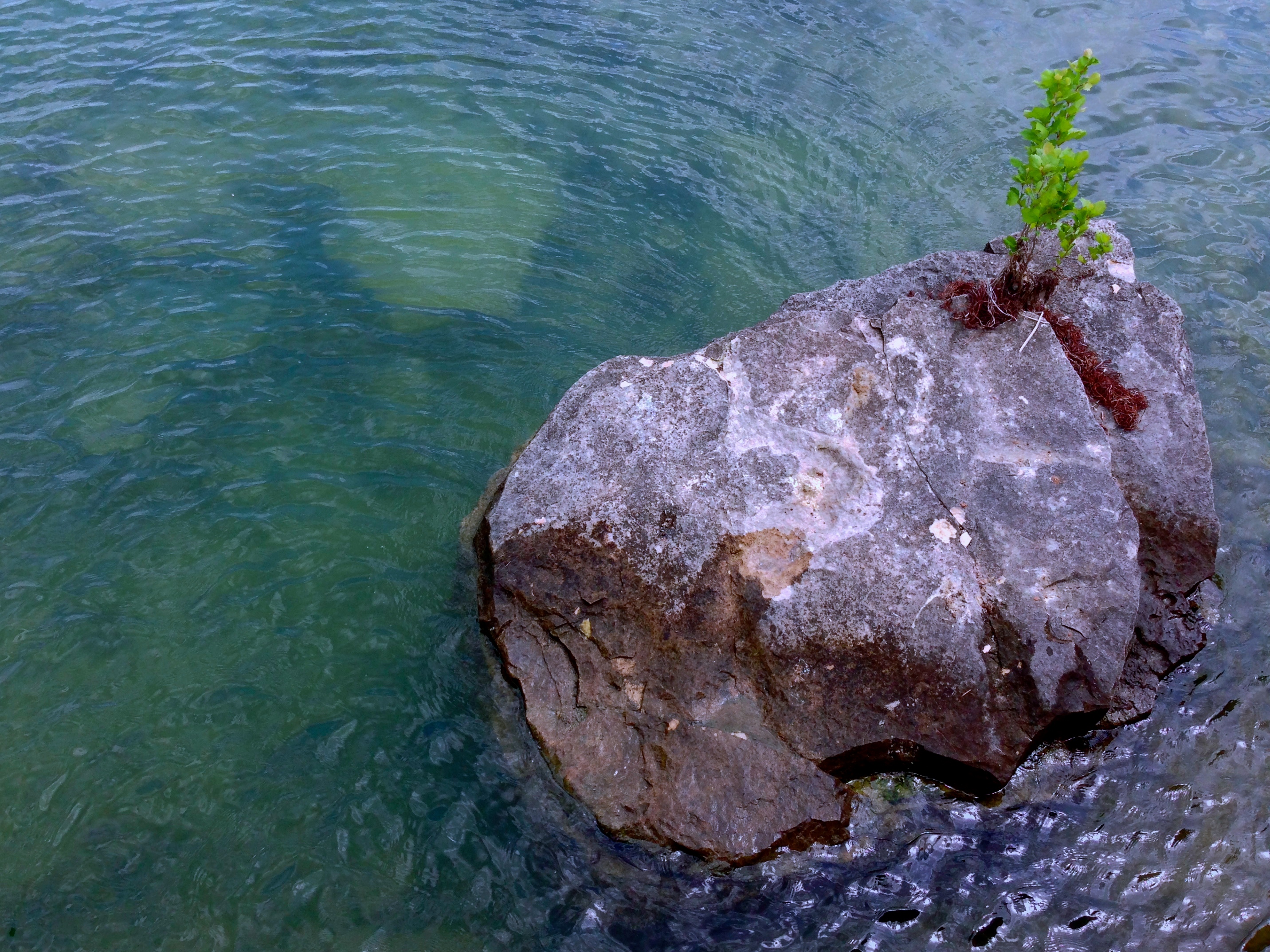 It’s Easter. And Easter is a story unlike any other story. Because, while Jesus may have said, “It is finished,” on the cross, the story of the life that He crafts in us is still being written. We were and are and will be saved, were and are and will be redeemed. We are chapter upon chapter, being written even now as “the God who started this great work in you would keep at it and bring it to a flourishing finish…” (Philippians 1:6).

Think about that. A flourishing finish. A finish full of life and hope. Not just for us, but for others. Holding on to that promise makes the even the smallest, quietest, darkest, or most uneventful paragraphs meaningful.

So if we are stories being written, what is the story of the One who holds the pen? Here are the words of Gary Molander. I pray that, as you read them, you’ll feel the power of new words being written in you – even now.

Here’s God’s story – and why He doesn’t swim. 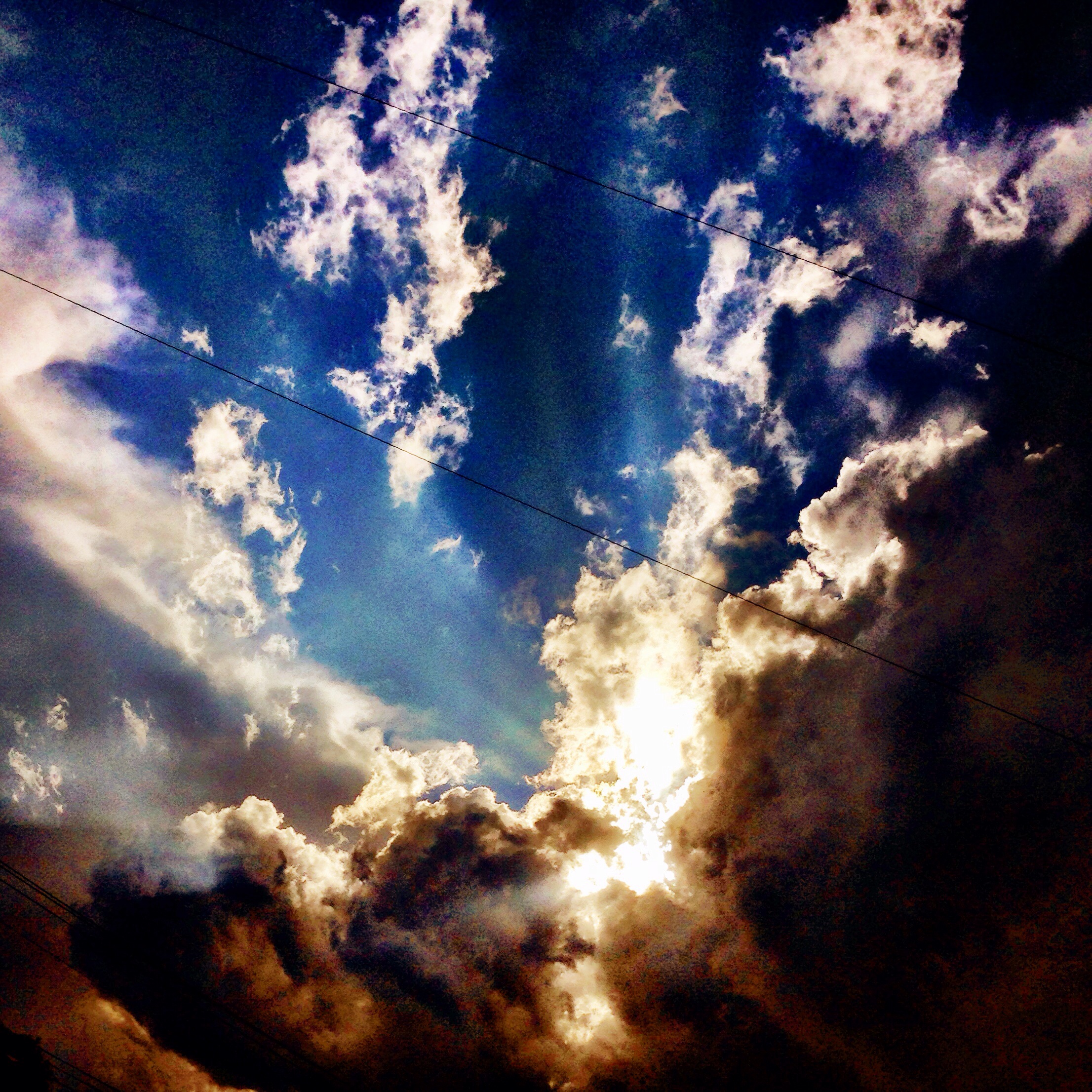 Before anything we could label “beginning” began, God was present. The Father, the Son, and the Holy Spirit – that exact Trinity existed long before the angels were created, even longer before the Garden of Eden grew into lush maturity, and even longer still before time itself was created. God had no need for anything. There was only love.

Then, at some point, millions of angels were created. We know that these angels would cry “Holy, holy, holy is the Lord God Almighty, who was, and is, and is to come”. Before our earth was even present, waves and waves and waves of angels fell to the ground, on their faces, and worshiped God in the splendor of His holiness.

One of those angels – the one who possessed the most beauty and the most arrogance – waged a war in heaven, against God. Lucifer was crushed, but not killed. He was discarded from heaven, together with one-third of the angels.

It’s not a stretch to assume that this must have shattered God’s heart.

But the truest heart of a loving warrior always takes another chance at love. And so with zeal and holiness and a broken heart, God risked it all again by speaking the earth into existence.

Just like the angels, God would again craft something that was fearfully and wonderfully made. These were beings that weren’t angels, but something He called “man and woman”. And rather than force Adam and Eve to love Him, He did the one thing that could bring Him great joy, or cause Him deep pain. He gave them the ability to choose to love Him in return.

They chose to love Him at first, and He chose to walk in the cool of the evening with Adam and Eve, in the Garden of Eden.

But then, the very angel that had been discarded from heaven, appeared in the Garden, whispering lies and empty promises. The woman believed, and took a bite. The man followed.

But even at the exact moment when the heart of God was being shattered into tiny pieces, He provided a gift of grace to those who were doing the shattering.

He provided a covering.

And for the next long period of humanity, God would not stop covering people who wanted to love Him back. His covering included scapegoats that were sent off into the wilderness. It was a covering that involved death as a necessary element of life – it was the blood of bulls and goats. There were priests and tons of rules and judges and prophets and kings – all covering people, so they could interact with a holy God. That is God’s heart, after all.

Interaction with His creation.

And in the fulness of time, God sent the ultimate sacrifice. He sent His Son. The very same Word who was there in the beginning, became flesh and made His dwelling with His creation.

He would die a criminal’s death, in our place. Iron deposits that He formed in the earth’s foundations were formed into nails that would pierce His hands and feet, being driven through flesh and into wood that was taken from a tree He caused to grow. In Christ, God was covering us. But He was doing more. He wasn’t just covering.

God was removing sins, and He was remembering them no more. In Christ, God was taking our sins, and launching them into the deepest ocean, never to be seen or heard of again.

And just when we think that everything is done and finished and complete, we realize that it’s not. We realize that God sends His Holy Spirit to indwell us and equip us to do this one glorious thing.

We’re invited to partner with God in a daily life that proclaims the fact that God is not dead, that He has not abandoned humanity, and that He is redeeming it all for His glory. The world is still a beautiful place because God still lives here.

All are called to partner together with God in the grand telling of His story – a story of life, and love, and redemption.

“God is faithful, and you were called by him to partnership with his Son, Jesus Christ our Lord.” 1 Corinthians 1:9

Dear friends – Our lives are telling a story. The Grand Narrator is inviting us to write, and to script, and to act, and to craft, and to narrate.

And we can choose to fall headlong into this Grand Story, or we can choose to push safely into some pseudo-event that religion has created as a scrappy second. Now more than ever, we desperately need to have the courage and the faith required to do justly, love mercy, and walk humbly – and with boldness to play our part in God’s beautiful and explosive Narrative.

So may we do this in a more compelling way today than yesterday.

And may we reject the path of least resistance that simply requires us to follow the rules, without loving the world.

Would you be so kind as to share with me the story being written in you? As a storyteller, I will adore reading it. As a warrior, I will adore praying about it – and you.