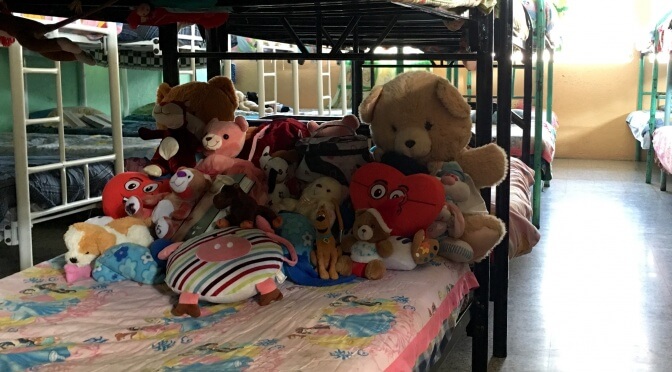 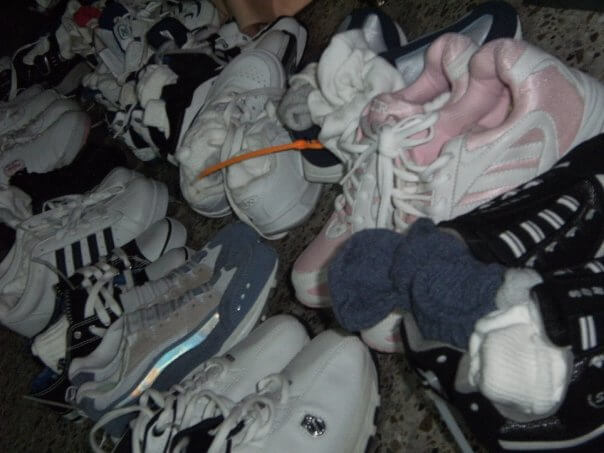 We walked through the iron gates on a rainy day in September 2008. It was an orphanage then, dark and crowded and smelling like sewage and soil. We crowded into a corner classroom and sorted shoes by size, then lined up the throwaway children who would receive the one thing they could truly call their own. There would be little time for names or stories that day. But there would be faces of the little ones with shaved heads and hollow eyes. There would be the pain of watching one frail girl collapse into my best friend’s arms and plead for a mother. There would be the hauntingly silent response to the question, “What happens to them now?” 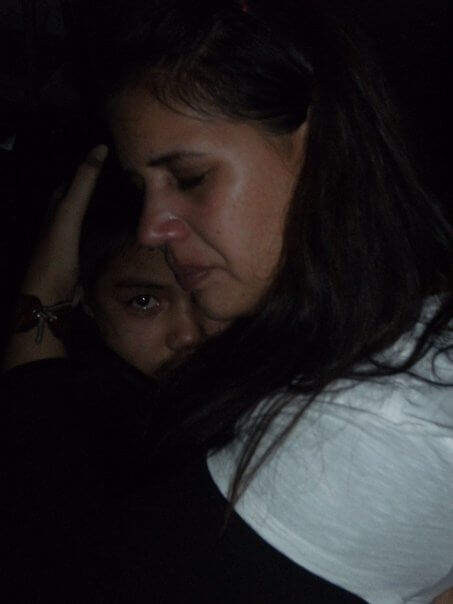 Three years later, those orphans would be moved to a compound hours away. The children would spend their days and nights with guard towers and razor wire perched on cinder block. There would be the still silent response to the question, “What happens to them now?” And there would be the wondering about what was left behind the iron gates.

“We have some school supplies to deliver,” my friend Julia shared on the bright February morning.  “Will you go with me to the government home? You need to meet M – she’s amazing.” We hopped in the van and drove toward the city center, then turned on a street that felt strikingly familiar. When the iron gate was opened, I found it difficult to stand. 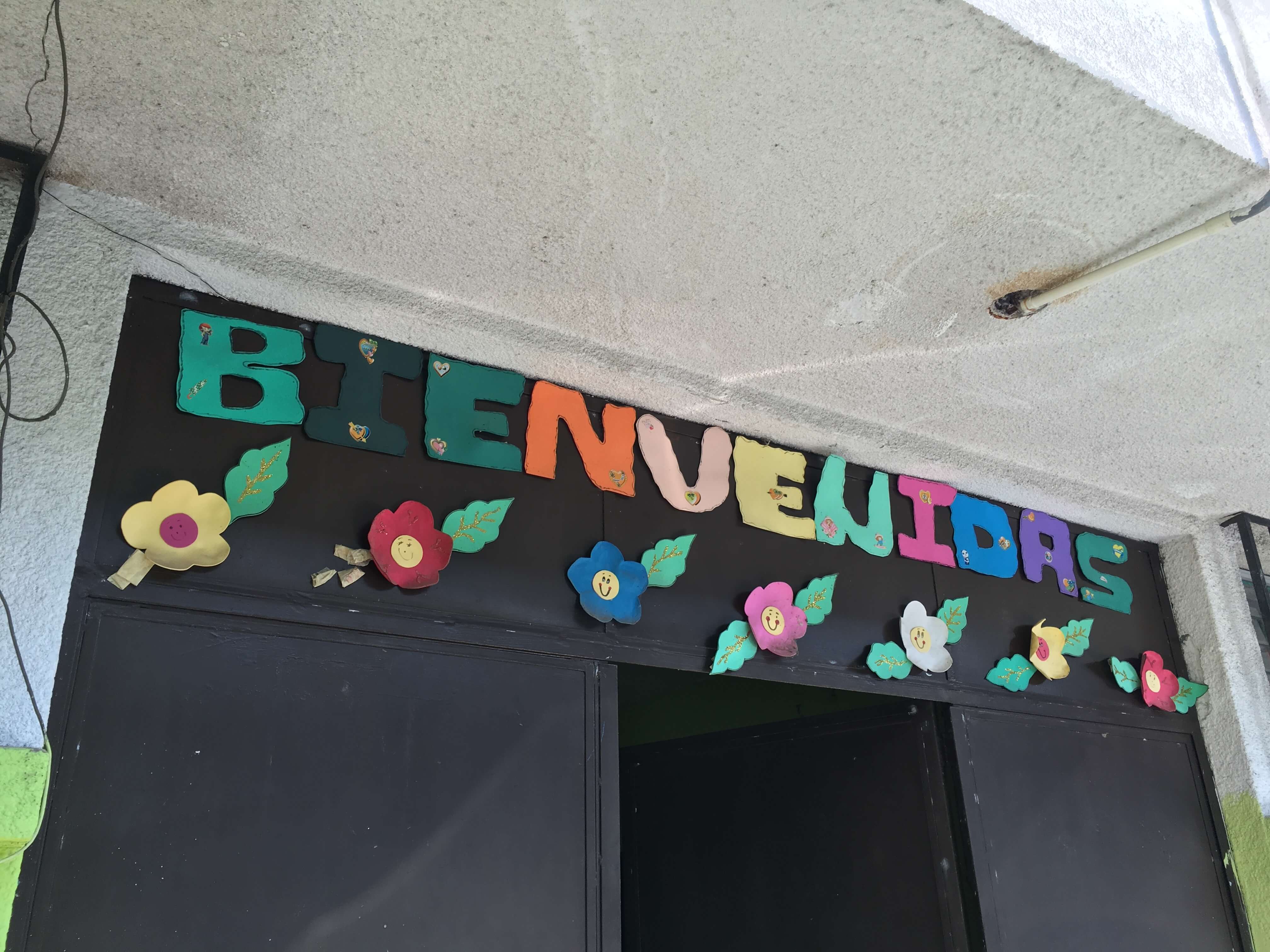 “I’ve been here before.” Seven years had passed, and yet the ache was as real and present as that day in September. Walking through the door, I was greeted by a familiar fragrance.

It wasn’t sewage. Instead, it was the fragrance of home – of warm vanilla sugar. Someone was baking cookies.

Behind the iron gates, there was life.

The walls now painted bright green and purple, every room was flooded with light. In the center courtyard, girls were working on a math assignment, and the dining room had been transformed for the day into an art studio and geography lab. One of the girls was gluing tiny pieces of torn tissue onto construction paper to create a Monja Blanca (White Nun Orchid), the rare flower that adorns their 50 centavo coin. I smiled, remembering what makes the flower so precious. It grows on other plants rather than standing on its own – it’s dependent on their strength to hold it up. Yet it needs no other flower to recreate itself. It’s a rare albino that takes 15 years to bloom.

Fifteen years. The average age of the girls in this place behind the iron gates. 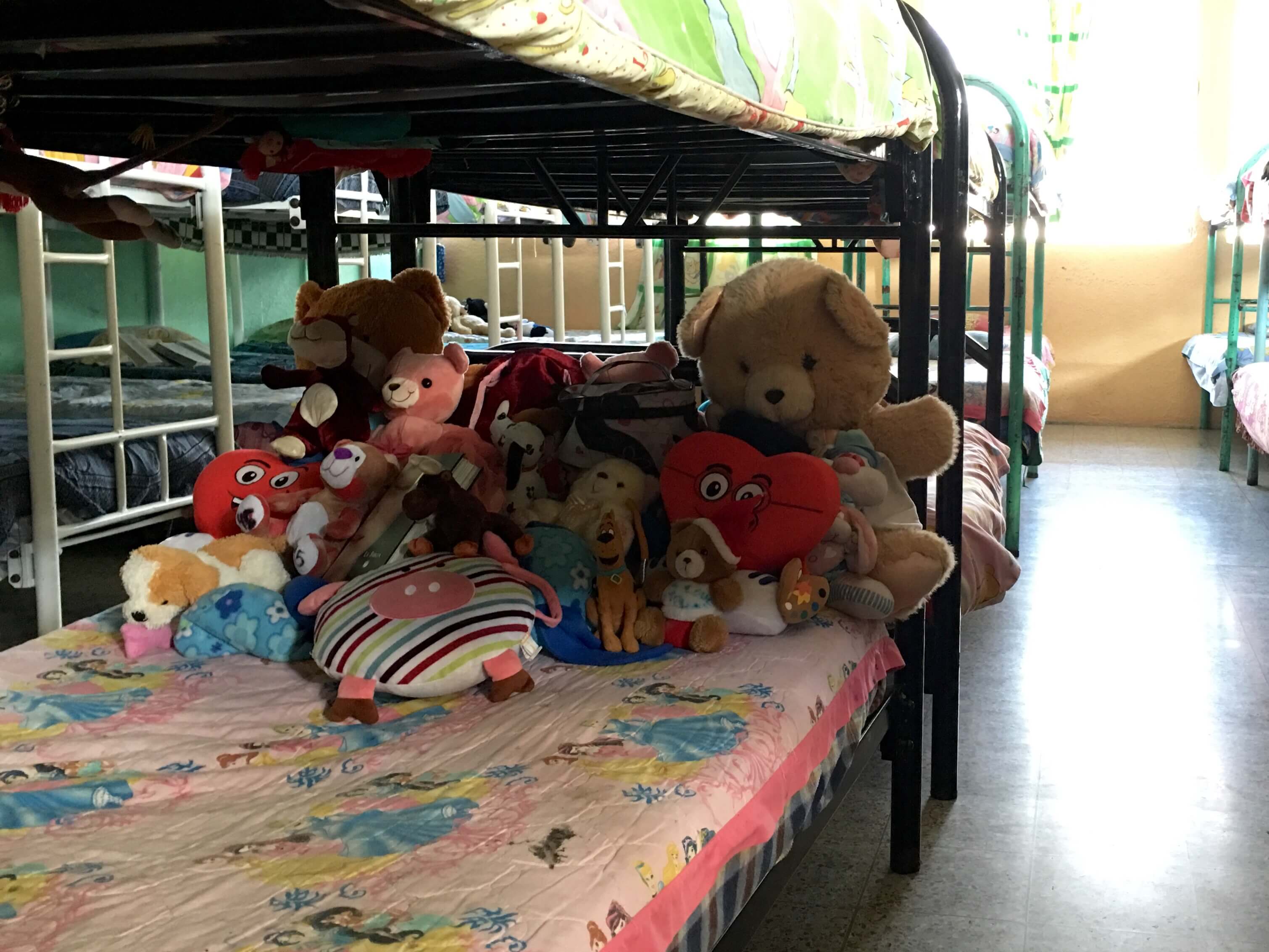 We walked up the stairs and into the rooms. There was the dormitory for the girls who had been rescued. Each bed shared the story of the girl sleeping in it. Some were stark and others were filled with bursts of color. “She sleeps every night with all of these stuffed animals,” the house mom said about one of the littlest girls. “She snuggles in one corner of the bed and lets them all have space to join her.” 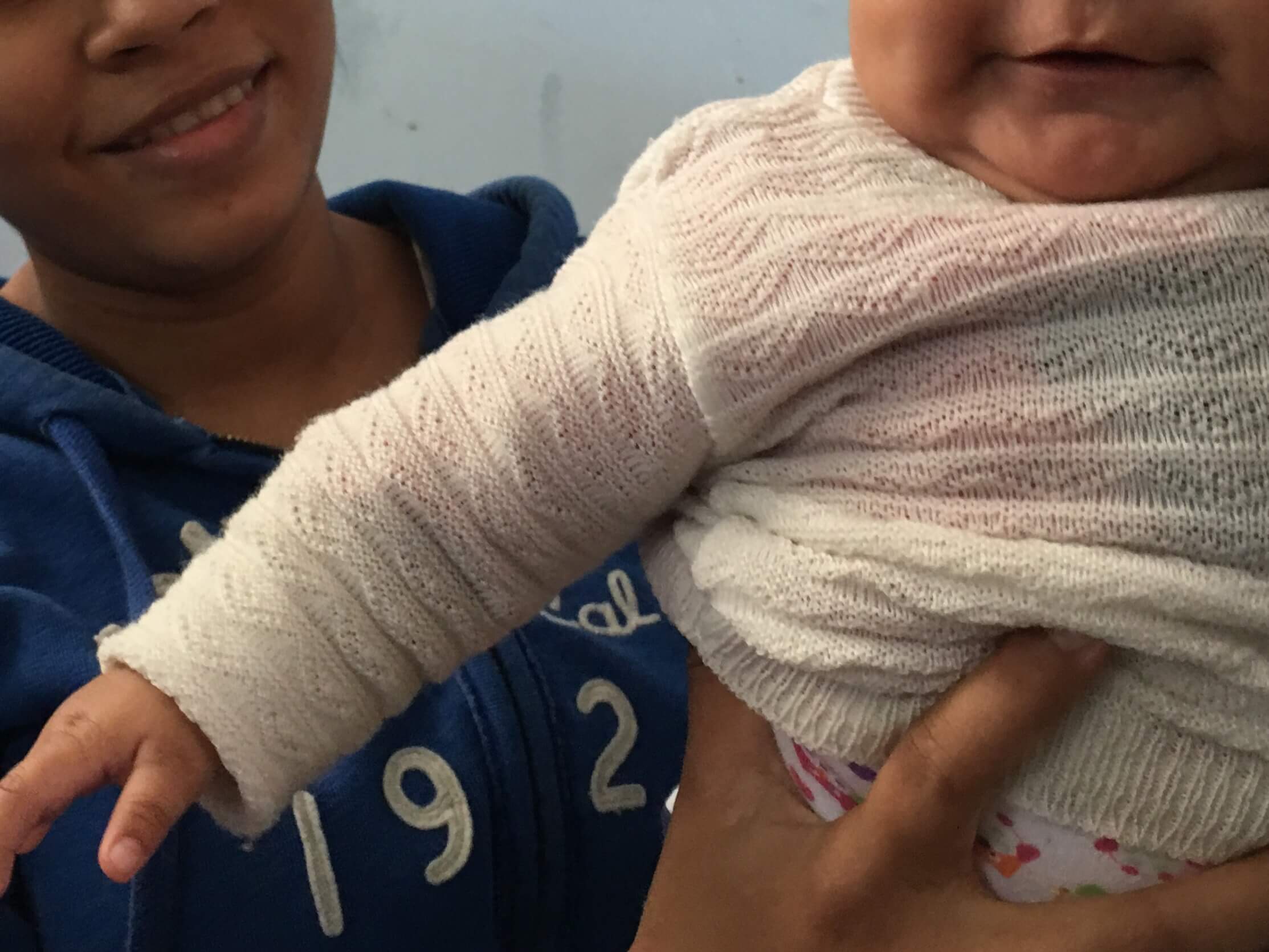 Across the way, three rooms were joined together like a patchwork quilt. There was the room shared by 15 girls, all pregnant. A smaller room allowed mothers of newborns to have time to bond with their little ones – mothers far too young learning how to breastfeed and change diapers and manage the flurry of emotions. And a large room was filled with beds and cribs for the 35 mothers of infants and toddlers. The mothers napped with littles by their side. They helped tend to other babies when those moms were attending classes or counseling.

Like the patchwork of the rooms, the patchwork of emotions covered the home that had transitioned from orphans to a safe haven for those rescued from trafficking and abuse. A mom-to-be held our hands and wept. “I miss my mother…but I don’t know where she is.” Her father was her abuser and she’s 8 months pregnant. M shares, “It’s so difficult for the girls to speak out because so often their abusers are close family members. People they’re supposed to love and trust. But when they speak out, healing begins.” 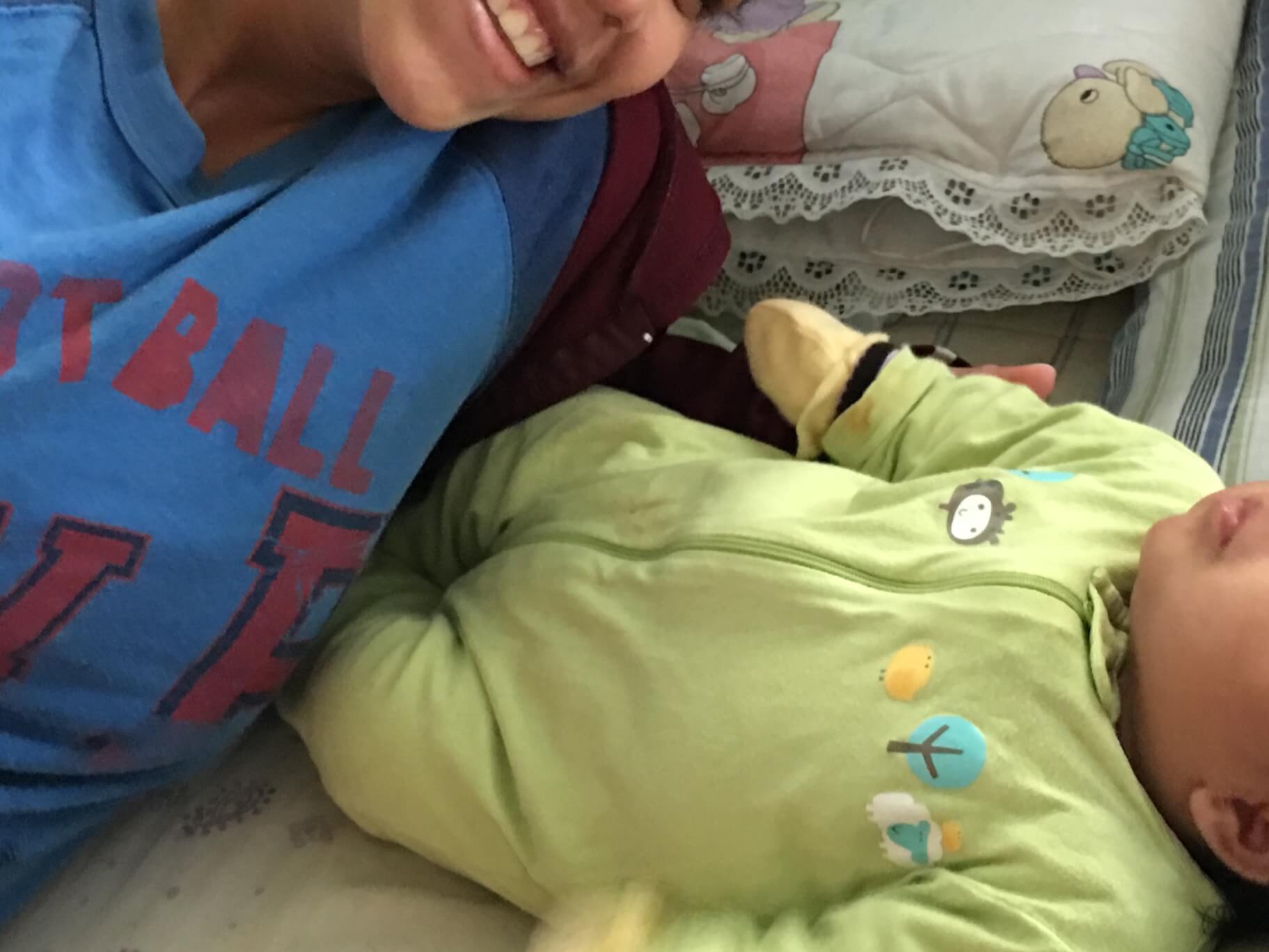 There are more than 100 living in the government home now – all there because someone looked at their life and said, “not worthy.” I feel the passionate anger well in me toward their abusers and oppressors, and I want to curse them for what they’ve done. I want to scream, “They deserve to bear the pain they’ve inflicted.”  I have to remind myself once again of John 3:16. God’s redemption is for whosoever. Even then ones who harm. I have to remember the whosoever.

Because these girls are learning to remember too. They’re learning not to be owned by the pain inflicted on them. They’re learning to let go of the searing shame that’s been poured on them like hot oil. They’re learning to be unafraid of their stories, learning to the threads of redemption in them. M says the road is so difficult for some. “There are nights I wake up praying for specific girls, and I know I am praying for their life. Some of the girls battle the desire to commit suicide. Some have never known anything but abuse.” I pray that even the ones who don’t yet understand why abuse is wrong will become the Monja Blanca, and bloom because of the love that is being shown them.

M believes her calling is to the girls and the little ones, and her small team is faithful to walk the road with her. “I know now that God has brought me here. And I’ve learned so much – I am not the same woman who first walked through these doors. It is hard and it takes time, but we see change in the girls. We are working so hard to restore their rights – rights that were taken away from them.” She wants each girl to live a safe and strong life when they leave this place – for all will leave someday. Some will find their way back to grieving family members who have been praying for their safe return, some will find new family in new communities far from their oppressors. It’s her prayer none find themselves in harm’s way again. Ever.

We returned the next day, and brought friends with us – others who needed to see the world behind the iron gates. M greeted us with a smile, and said, “I have stories to share with you. Stories of how God cares even in small things. You brought backpacks to us. One had little apples on it. One of the girls saw it and thought it was beautiful. She asked if she might have it. Those little apples meant the world to her, because they reminded her of what’s good in her life. And you brought sweatshirts. The girls have no uniforms for school, but today they all dressed alike. And there was one very small sweatshirt – it fit our youngest girl perfectly.” 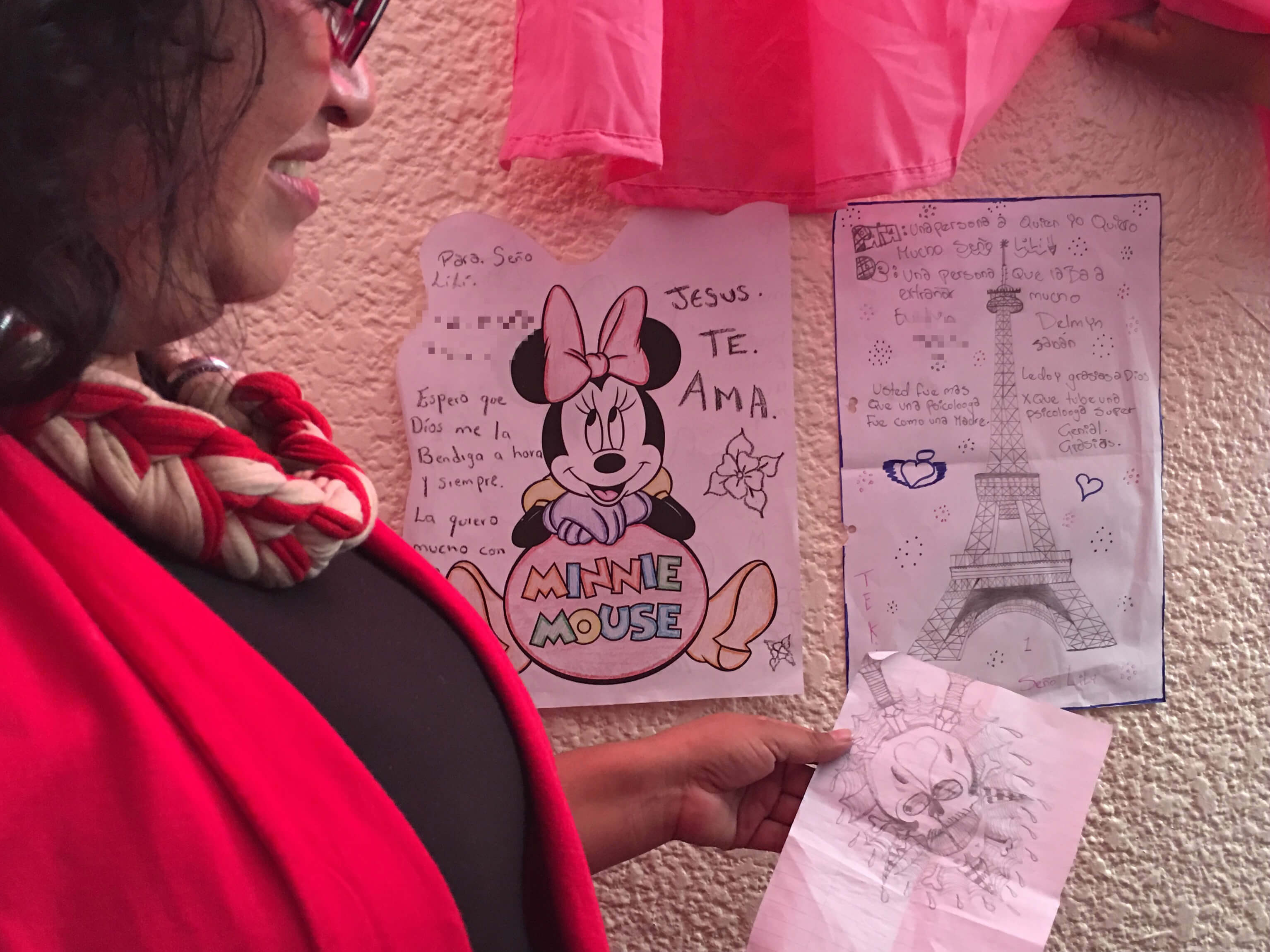 And then we’re shown what even the small things can do for a life. A counselor welcomed us into the therapy room, where art is displayed on the walls. She held up a sketch and placed it next to a beautiful drawing of the Eiffel Tower. “This is what love can do, what feeling safe and being known can do. Months ago, this is all one girl could dream. Pain. And now, her dreams have changed.” 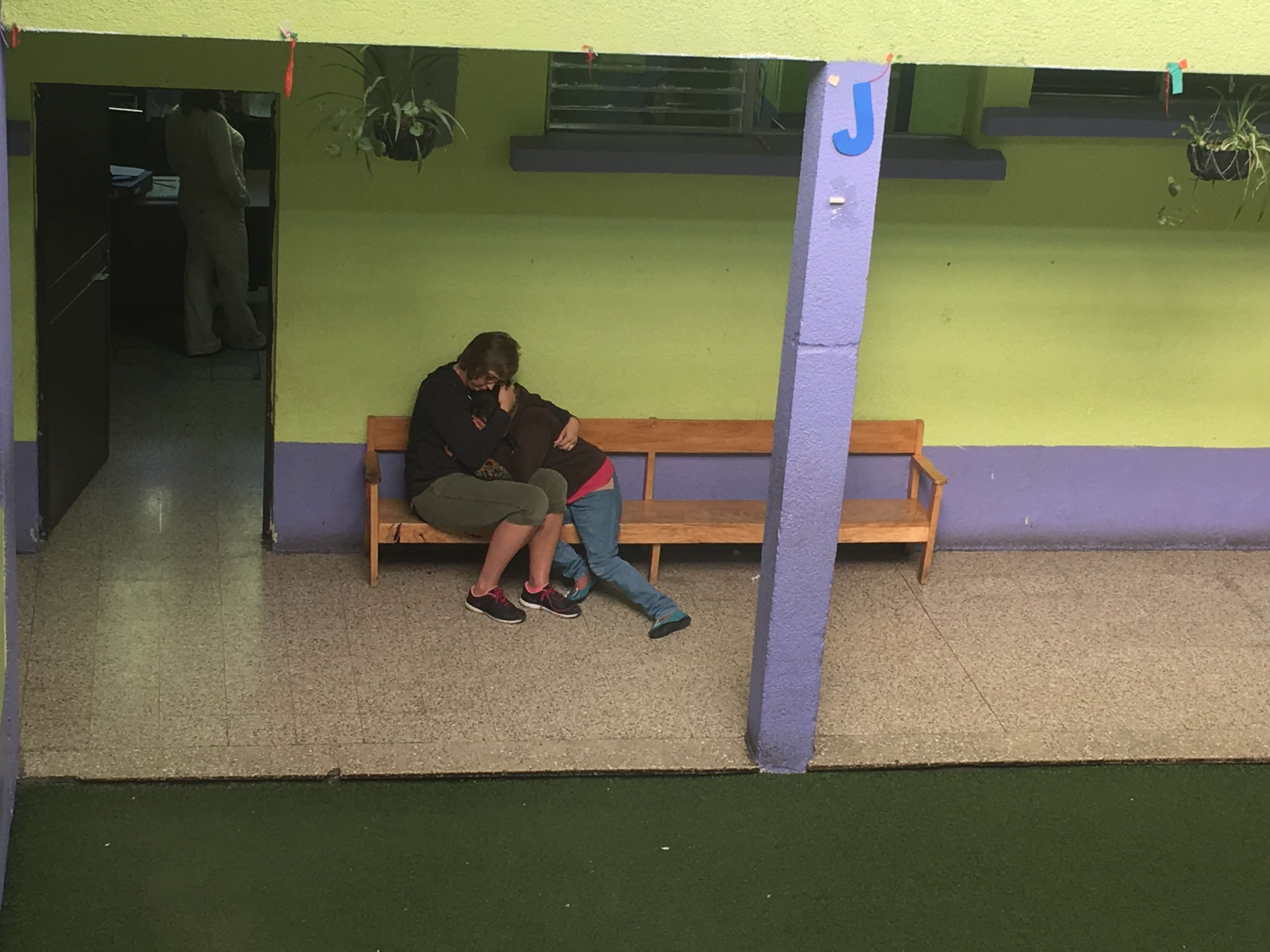 I looked down into the sunlit courtyard. A friend was comforting a pregnant mom. M’s words echoed in my head. “Girls learn to smile again here. They gain strength.”