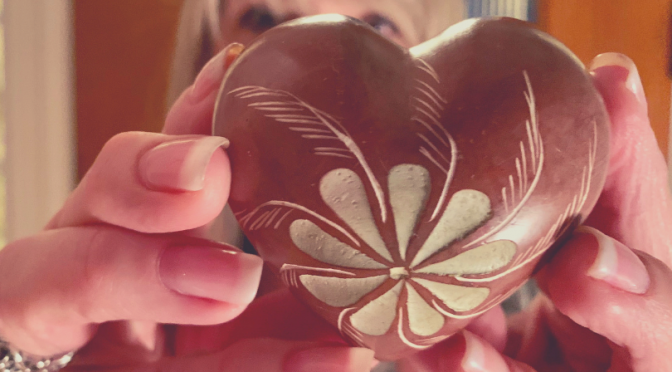 Then in the middle of his teaching, the religious scholars and the Pharisees broke through the crowd and brought a woman who had been caught in the act of committing adultery and made her stand in the middle of everyone.

Then they said to Jesus, “Teacher, we caught this woman in the very act of adultery. Doesn’t Moses’ law command us to stone to death a woman like this? Tell us, what do you say we should do with her?” They were only testing Jesus because they hoped to trap him with his own words and accuse him of breaking the laws of Moses.

But Jesus didn’t answer them. Instead he simply bent down and wrote in the dust with his finger. Angry, they kept insisting that he answer their question, so Jesus stood up and looked at them and said, “Let’s have the man who has never had a sinful desire throw the first stone at her.” And then he bent over again and wrote some more words in the dust.

Upon hearing that, her accusers slowly left the crowd one at a time, beginning with the oldest to the youngest, with a convicted conscience. Until finally, Jesus was left alone with the woman still standing there in front of him. So he stood back up and said to her, “Dear woman, where are your accusers? Is there no one here to condemn you?”

Looking around, she replied, “I see no one, Lord.”

It’s not an image becoming. Most translations of scripture say she was caught in the act of adultery. That’s far too kind a positioning statement. The CEV says it far more bluntly.

“She was found in bed with a man she wasn’t married to.”

In bed. Not even those words describe in detail what was taking place in that home, in the shadows, without a wife or a husband’s knowledge. The woman isn’t given a name, be we know what she was doing when she was pulled from that bed into the bright light of day. There was someone in bed with her, and yet it was only the woman considered deplorable.

She was dragged down the streets and into the temple like a clumsy parade queen, as passersby whispered their disgust and those guilty of the same shadowed sins wondered when they might be caught.

Religious leaders, proud of their catch, tossed her shame-filled body in front of Jesus. “Obey the law,” they sneered. “Show her what God thinks of her.”

They were eager for Jesus to join them in the execution-worthy revelry, and to add to the stones that would become her death sentence.

There, in the dirt, scuffed and bruised, she squinted as she look up to see His outlined face while the sun beat down on them both. He stared into her eyes, and she wished she had water to freshen her face. Yet for a fleeting moment, she didn’t feel dirty. It’s not said whether she was given a chance to clothe herself before she was put on display. But in His shadow, she felt covered.

Jesus looked at the religious leaders, then bent down. He gazed at the woman again, picked up a twig, and started writing in the dirt. Scholars have done their best to speculate what He wrote, or if His words were to her rather than to the leaders—if perhaps He simply wrote, “I see you, and you are worthy.”

He then looked up at her accusers.

“The innocent here may determine her fate. Step up if you have never messed up.”

And suddenly, it was just Jesus and the woman. He took her hand and helped her to her feet. And then, He spoke.

“There’s no one here to judge you, love. Liberty awaits you. And you are made beautiful. Remember who you are.”

When the days press in, when it feels as if you have no voice and the stones threaten to shatter you into pieces, when choices haunt you and pressure rips at your soul, when you feel exposed and hope seems out of reach. When the critics’ chorus shakes the earth beneath you and the accuser lists grievances too heavy for you to bear, remember who you are. Jesus writes your story, and He calls you beautiful.

Yes, you are worthy of celebration.

If you enjoyed this tender celebration of the woman caught in the act, you might like the stories of Rufus’ mom, Peter’s mother-in-law, Dorcas and the Samaritan woman. Each celebration is unique and a reminder of all that you and I have to celebrate too. Be sure to subscribe to my little love letters, so you’ll never miss a story—and receive updates on the book One Woman Can Change the World!