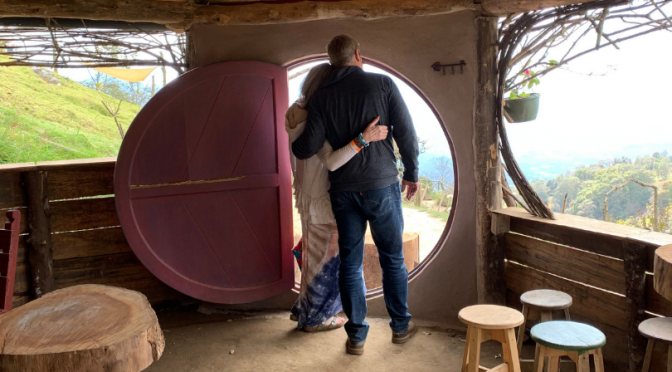 I’ve been thinking about you so much lately, about your design and your identity and your worth. When I say we’re in this together, I mean it. I told a friend and mentor last night that, while I might be a writer, I don’t want to impress you with words. Rather, I want to be part of the story of transformation in your life.

I honestly want us to be in this together. Is that too bold a thing to say? I hope not.

I want you to take hold of the “very good” that was spoken about you, want you to know how powerful the words “image and likeness” truly are. I want you to see yourself as hope-full, grace-full, impact-full.

There is such beauty in the way humanity is purposefully connected to heaven and earth and each other. We are not separate, not distant. We are painted into a masterpiece of thoughtful design. God spoke creation. He spoke color and shape, place and purpose, movement and light. He then grew quiet, and scooped up that color and shape, place and purpose, movement and light into his hands. Masterfully shaping it, He formed image and likeness, creating us carefully to complement the rest of His design. Next, He smiled, and did something more intimate than speaking. He whispered. He breathed His breath into our human lungs, filling us with divine life. A life embossed with imagination, creativity, emotion, connection, eternity. And He didn’t stop there. He again held us in His hands. He took God-breathed humanity, and formed man and woman. And then, He spoke again. With the same voice that filled oceans and formed mountains, He spoke, “This is very good.” His words reverberated throughout all creation. He saw man and woman as complete, as equal. He saw them as collaborative, as capable, as complementary, as community.

Now, in Genesis 2, a bit more detail is offered about the “very good” moment, about a deep sleep and God’s skilled hands shaping flesh and bone into new flesh and bone. So much has been written that conjures up images of woman as both the gift to make a man better or an afterthought to make a man complete. When explaining why God would choose to use a rib to design a woman, many wax poetic about a woman being by a man’s side and near his heart and under his arm. But before Genesis 2, there is Genesis 1. There is God forming, breathing, deliberate in His design of both man and woman to reflect His full image and likeness. They are designed with the same substance, the same breath, the same connection with creation. He looks at both of His masterpieces of design and calls them “very good.” He blesses them.

He didn’t merely form man and woman; he shaped our lives to form around each other. And He was purposeful in the word picture He chose to paint in that creative moment. You see, ribs guard heart and lungs. Ribs give strength to stand. Life can be sustained without many bones in the body. But life cannot be sustained without a ribcage. Ribs are flexible, able to expand and contract as needed to create space for breath. It’s only when those ribs are broken that they become a danger to the very life they are designed to protect.

Perhaps He chose a rib to remind us what we are knit together, strong together, sustained together. We are dangerous when we are broken. And we are most powerful when we give space to each other.

For just a moment, I want you to think about that moment of creation, I want you to close your eyes and hear His smile-soaked words, “This is very good.” I want you to hear Him announce to the world, “This one is blessed. This one will prosper—because she is Mine.”

Now, I want you to be honest. Do you believe His words?

Like I said, this is where the story begins. And like I said, I want to be a part of the story of your life, to talk about what it means to be a woman of divine heritage. So, this is what I’d like for us to do, if you’re up for it. We’ll start with email (rather like pen pals, if you will). And from time to time, we’ll get together in person, or via the wonders of technology. The conversations will be about women in scripture, but I promise they won’t be the standard fare. We’ll talk about plot twists and the power of mystery, what the women in the stories might be saying to you and me, and how our stories hove the power to change stories too. You know I’ll be your prayer warrior and encourager through it all.

Yes, I want to be part of the conversation about my divine heritage as a woman! I’m ready to #CelebrateOneWoman! 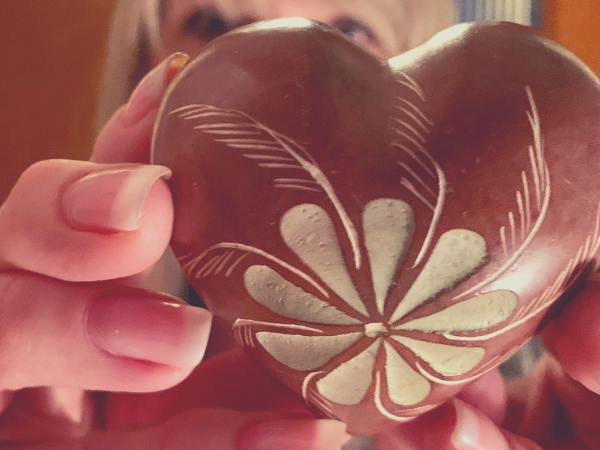 you are made beautiful | the woman caught in the act