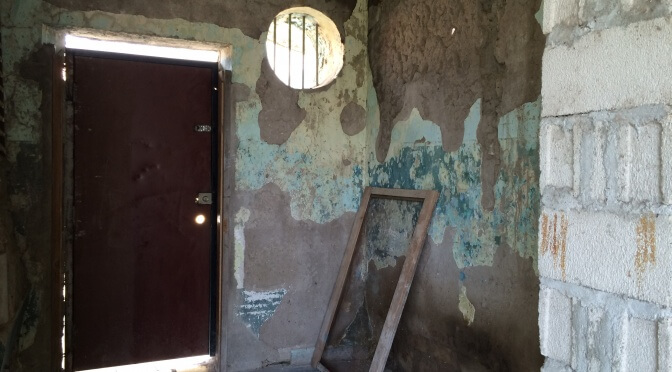 International (MNN/VOM) — It’s impossible to ignore the humanitarian crisis taking place in the Middle East, Africa, and Europe. News feeds are filled daily with stories of violence at the hands of members of the Islamic State (IS) and its affiliates, Boko Haram, and al-Shabaab. Pictures and videos of refugees in a desperate search for liberty greet us on Twitter and Instagram, and live stories stream from Periscope users around the world. Opinions are as varied as the people posting them on Facebook, and real solutions seem distant.

But Todd Nettleton of Voice of the Martyrs believes there’s one thing everyone can do in response to the crisis–something he says is requested by every Christian he speaks to in countries where being known for faith in Christ is a security risk. For many Christians in North America, it seems far too simple an ask, far too powerless a proposal. But Todd calls it our “first-line defense.”

“You know, it seems simplistic, but I don’t think we understand the power of prayer if we say that,” he shares. “The reason that we call people to pray is because, when we go and meet with persecuted Christians, that’s the first thing they ask us to do. You know, it’s not like they respond, ‘OK, send machine guns’ and list off five other things, and then say, ‘Oh by the way, you can also pray for us.’ They say ‘Pray for us’ first. I am simply echoing what they have told me.”

In the Middle East, many who have been raised in orthodox Christian communities are given the option of leaving their homeland or embracing the rule of the IS by either converting to Islam or by paying the Jizya tax, which signifies they’re coming under Islamic control and Islamic domination.

But Muslim converts have only two choices: convert back to Islam, or face execution.

And yet, despite the threats and persecution, the hope of the Gospel is still being shared in countries targeted by extremist groups. “One of the things we see happening with soldiers in the IS is God using dreams and visions. The same thing that we see in other parts of the Muslim world, we have heard reliable stories this year of IS fighters having dreams or visions of Jesus Christ and starting to ask questions and saying, ‘I want a Bible, I want to read up on this,’ explains Nettleton

“God is still at work. One of the great challenges is with all these Christians leaving these areas and leaving–in some cases completely leaving–the Middle East, is this: Who will be His witnesses, who will be there to share the Gospel? Voice of the Martyrs works with some Christians who have made the intentional decision to stay because they believe God still needs representatives in these countries.”

When asked what people should be praying for, Nettleon responds, “We can pray for encouragement, pray that they won’t lose hope, pray they will have opportunities to be a witness for Christ even as they’re persecuted, even as they’re in times of trial. Pray that they’ll be able to speak truth and speak hope to those people around them. Pray for God’s protection: pray that He will watch over them and protect them from these attacks.”

There are a number of ways to get involved in helping Christians in the midst of persecution. Voice of the Martyrs has delivered more than 70,000 Bibles into war-torn areas and has helped almost 19,000 Christian families who have been displaced by the advance of radical Islam. Supporting ministries like Voice of the Martyrs, providing humanitarian aid for those who are being forced to flee, and contacting government officials to voice concern and provide encouragement are all tangible ways of helping.

But prayer remains the highest priority.

“I think the first line is we need to be in prayer: prayer for our enemies, prayer for those who are persecuting Christians, as well as prayer for the Christians who are standing strong in the face of that persecution. When I think of IS fighters having dreams and visions of Jesus Chris, boy let’s pray that that happens more often. Let’s pray that every night when they go to sleep, there are IS fighters who have dreams of Jesus speaking to them.”