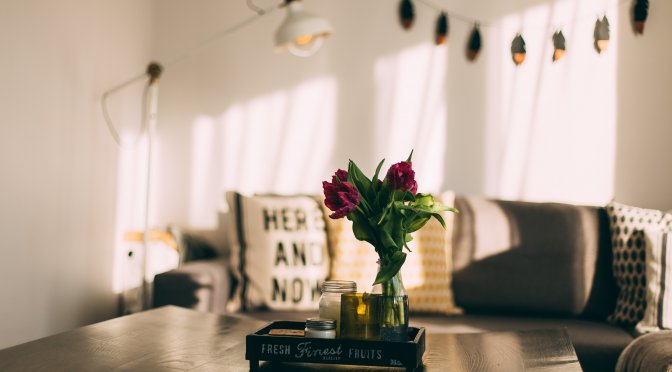 Grace needs to be the air we breathe, the atmosphere we live in, whether in church or in the home. (Allen Snapp)

Evans, a bright-eyed eighth grader in the Mathare Slum in Nairobi, Kenya had completed – and passed – the national exam that would allow him the opportunity to progress to secondary school. For him, that school was hours away from the only home he had ever known. But mom, a single parent who struggled to find work in the deeply impoverished community, encouraged him to get on a bus and pursue his dreams. Those dreams were far bigger than receiving a high school diploma. Evans wanted to be a pilot. He had been on an airplane, but he knew pilots helped people get from one place to another to care for other people.  “I want to show kids here in Mathare that they can make something good of their lives,” Evans said, smiling. Then tears welled in his eyes. “And I want my mom to be proud of me. I want her to see that her love was not wasted.”

I remember those feelings so well. I had worked to support myself in college, and a television internship in my final semester added an additional 20 hours a week to my schedule, but I didn’t care. What mattered was that I had done something no one else in the family had done – I had a degree with honors from a popular university, and I wanted more than anything to make my parents proud of what I had done. I jumped headlong into a career in broadcasting, and in less than five years was launching a sales marketing division at a major market television station.

But early on, I was lacking something that’s essential in that stewardship. It wasn’t anything I could purchase, but it was a gift I needed to receive. It’s a gift you need to receive too.

If I could tell my 25-year old self anything, it would be to receive the gift of grace.

You see, often hidden within that desire to make others proud is a secret fear that we will bring DISgrace to them, and to ourselves. In our desire for things to go well, we can view anything that DOESN’T go smoothly, progress quickly, or move forward easily as a direct reflection on our worth and value. It’s easy to forget that even the best journeys will include times of long waiting and moments that twirl us uncontrollably with their speed. Even the best career paths include less-than-dream jobs, and even dream jobs can have nightmarish days.

You and I need to receive grace in our day-to-day lives. Now, I’m not talking about the popular adage of “give yourself some grace,” which is a colloquialism for “lighten up, relax, let go.” I’m talking about receiving the grace God offers – the grace explained in Ephesians 2:10:

God planned for us to do good things and to live as he has always wanted us to live. That’s why he sent Christ to make us what we are.”

We are taught to look at grace as God’s gift of salvation – it reminds us that we don’t have to work our way to heaven. But that same grace is a gift for our here-and-now. The origins of the word “grace” come from the same word that means “thankful.” Allowing the fear of DISgrace to grow keeps us from growing in stature and in faith, because it stifles that thanksgiving. Embracing the gift of grace allows us to see favor in all things, even those things the world around us says don’t merit that favor.

Receiving grace is inviting God to reveal His purpose and His power in and through every step of our journey.

It’s taking Him at His word when He promises this:

That’s why we can be so sure that every detail in our lives of love for God is worked into something good. (Romans 8:28 MSG)

For me, that gift of grace looked like a number of different things. First, embracing the gift of grace helped me learn to celebrate accomplishments – large and small – even if they are unnoticed by those around me. God’s “here-and-now” grace also helped me to embrace disappointments and failures, and to allow those things to be as positive to my growth as the big wins. And embracing grace – seeing God’s favor in the day-to-day of our lives – has opened the door to new opportunities. What began as a career in broadcasting was given liberty to move to successful seasons in corporate marketing for a global airline, partnership marketing and product placement for a global retailer, and brand marketing for a major charity. Included in those opportunities have been campaigns that flopped, a layoff that shattered my confidence, and a good try at launching my own business. The fear of DISgrace threatened often, but embracing the gift of God’s “here-and-now” grace has never failed in providing the strength needed to stay focused – and remember His favor.

Evans is now in his second year of secondary school, and he’s doing pretty well despite the workload and distance from his family. He’s not given up on his dream. In fact, that dream has become bigger – because it’s not limited to a single profession. You see, becoming a pilot is a great goal, but there are few jobs available. So, Evans is discovering other ways he might bring folks together, other ways he might help people help other people. Perhaps he will be a pilot. Perhaps he could work for a travel company, or perhaps he could be a pastor or teacher. He says, “I am thankful for whatever the Lord desires. He knows my path, and He will direct me.” His mom is proud of her son. “Whatever he chooses, I will be proud. He is my son.”

Evans may be in high school, but he already knows far more than I did in my 20s. Take his lead. In the midst of all the working hard and stewarding well, be sure to give yourself the gift of grace.

I’ve found the recipe for being happy whether full or hungry, hands full or hands empty. Whatever I have, wherever I am, I can make it through anything in the One who makes me who I am. (Philippians 4:12b-13)

Trusting Volunteers To Do What They Think Is Best