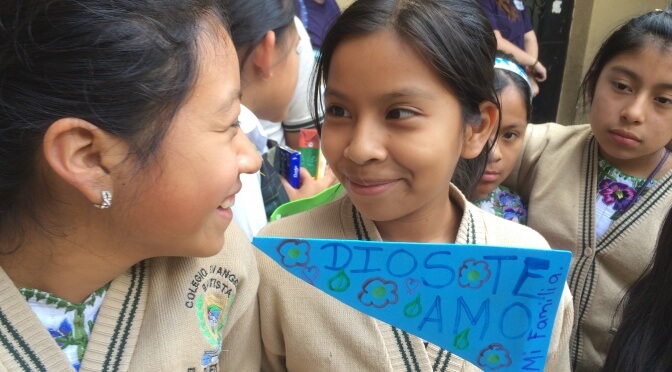 The day had already been a long one by the time we arrived at the public school in Cerro de Oro, a small Mayan village on the shores of Lake Atitlan in Guatemala. The bus we were on struggled around the sharp curves and treacherous gravel roads that bore the scars of torrential rains and mudslides from seasons past. We were weary, but hopeful of what was to come. This would be a first for an Orphan Outreach mission team – spending time with the middle school students to talk about their worth and their dreams. Others had come to this village before to deliver groceries, pray, provide humanitarian aid, and do sports camps, and we too were going to walk the rugged pathways with the deacons of a local church to visit homes and offer whatever hope and care we could to those living with so little. But today, we would simply sit and listen and encourage.

While curious children in threadbare clothing watched behind a broken chain link fence, we stumbled our way through a couple of ice breakers on an exposed concrete slab that served as auditorium, classroom, and sport court. We then separated the students into groups by gender and grade. The boys found their places and sat on the hard concrete, while the girls stood uncomfortably and looked at us with fearful eyes.

“They can’t sit on the concrete,” a translator shared. “They’re in dresses. They’re afraid they’ll get in trouble.” My mind flashed back to mission trips in rural villages in Romania, where folklore frightens girls from sitting on the ground without a blanket or quilt lest they be rendered infertile. While it would have been easy to argue against the fears the young women had, we longed for them to understand that this group of strangers hadn’t come to change them, but to give hope and kindness.

We scrambled quickly and gained permission for two classrooms to be opened, so our new friends would have a safe and comfortable place to sit. 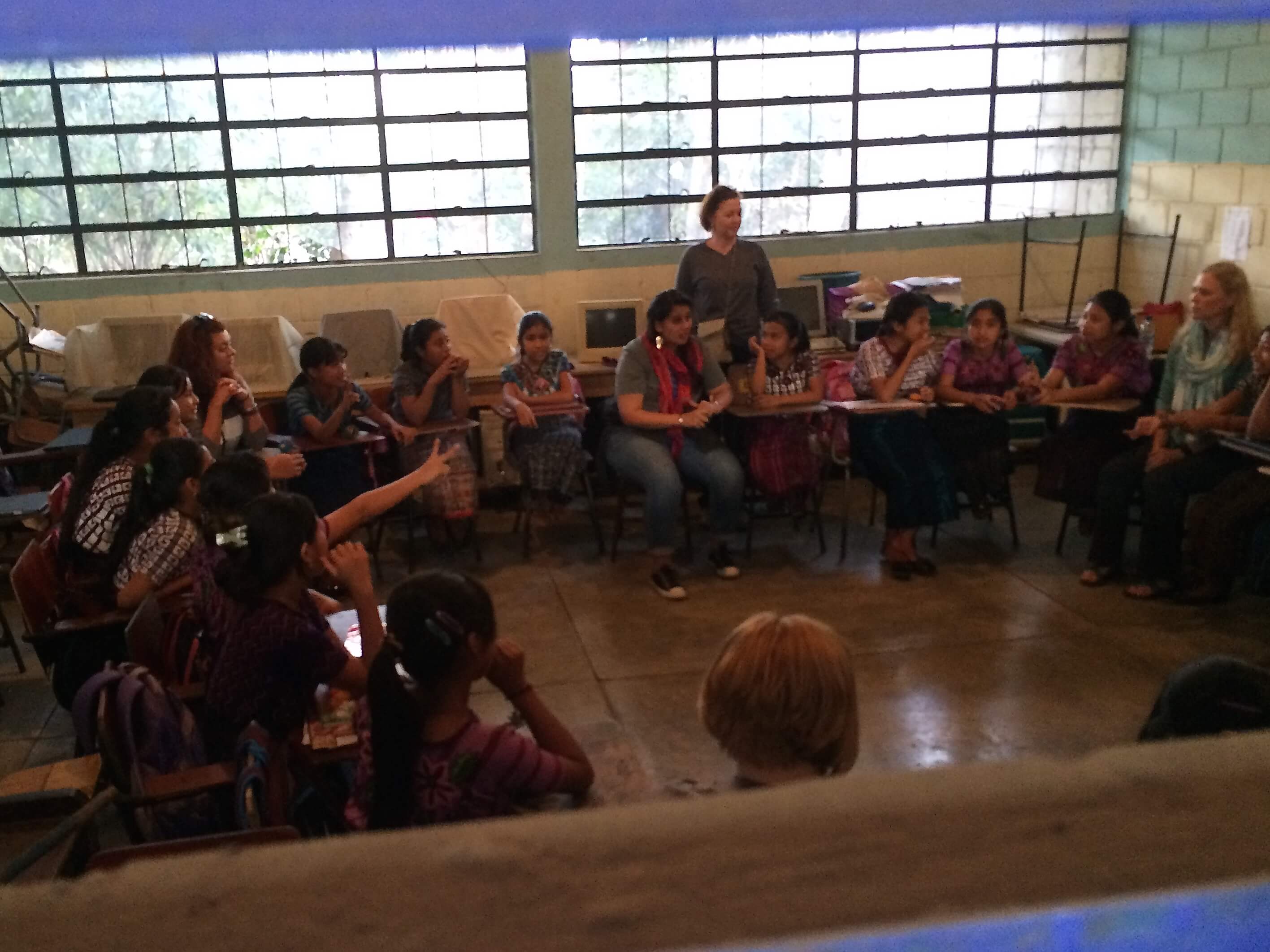 In one of the rooms, 29 girls moved their desks into a large circle and listened quietly to their American friends talk about what we all had in common. The mission team shared their personal experiences of dreaming as little girls, of being afraid, of making difficult decisions and horribly bad choices, and of Christ’s redemption and care through it all.

There was silence. The stillness toyed with our fatigue, and for a moment we thought we had failed them. We just knew there had to be dreams locked inside their hearts.

But what if they did’t know how to dream?

We asked them how many of them looked forward to the future. A small number said yes. But 21 hands raised when the girls were asked if they were concerned about their safety.

Most giggled when the subject of boys was mentioned. But 80% raised their hands when asked if chores sometimes kept them from attending school or being able to study.

Some could share what they thought defined success – education, employment, money. But no one raised a hand when asked if they thought they would be successful.

And only a few could say what they wanted to be when they grew up.

But the overwhelming majority simply looked at the team with wide-eyed wonder. Because the idea of having a dream was so foreign to them. If history paves the way to their future, most will be married within a year or two, and almost as many will find themselves pregnant within a few months. 90% will suffer abuse at the hands of a family member or close friend. There will likely be no secondary school for either the boys or the girls, because it requires traveling to another village miles and miles away. Boys need to help their families earn a living. And girls just don’t leave.

The stats for girls in developing countries aren’t promising. 116 million teenage girls have never attended primary school; in fact, girls in poor countries are less likely than boys to have ever attended school at all. Of the 775 million people in the world who cannot read or write, two-thirds are women. Crimes against girls are more common – every ten minutes, another teenage girl dies as a result of violence, and 60% of all girls aging out of orphan care are likely to become victims of sexual trafficking.

And yet, hope peeks through the ominous clouds that threaten to darken the road ahead. We’ve seen what happens when girls are given the opportunity to dream and learn. Just a short distance away in Santiago, little girls at Good Shepherd Academy beam and talk about their grown-up lives. At Pequeno Refugio in Xela, girls are taught not only educational basics, but also receive vocational training. In Kenya, girls at Candlelight School proudly share their goals to be engineers, lawyers, and surgeons. In the foothills of the Himalayan mountains, girls at Rainbow School are taught about their value and encouraged to attend university.

Every class taken, every new skill learned becomes a weapon of warfare in the fight to protect, empower, and honor precious young women – no matter where they live, no matter their circumstances.

And so in that classroom we held the hands of the girls who don’t yet know how to dream, and we pray. We called them by name and spoke the truth of God’s enduring love. We spoke words they’ve not likely ever heard – of a future and a hope. We prayed against abuse and we pray for open doors. We prayed for education to find its way to them. We prayed to return.

And we prayed for more teams to visit and just sit and listen and encourage.