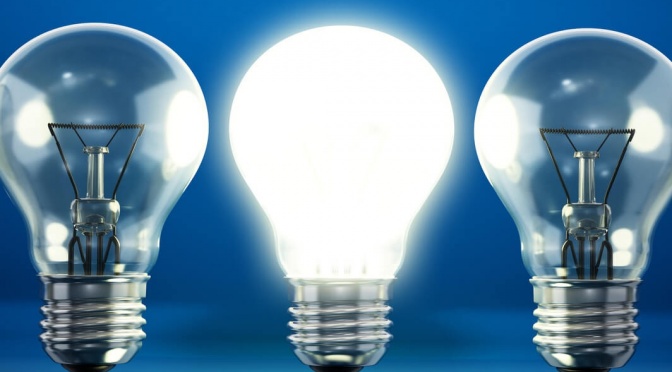 I walked into the television station in Dallas, Texas, ready to talk about a new marketing position the president and general manager wanted to create. With my business suit pressed perfectly and the portfolio of promotional campaigns held tightly in my hand, I was welcomed by a man moving boxes, his shirt untucked with sleeves rolled high. “Is Frank here? I have an appointment with him,” I asked curiously, thinking the hard-working gentleman was someone’s assistant. He placed the boxes on a counter, and held out his hand. “I’m Frank—and I’m glad you’re here.”

Frank was one of the most brilliant leaders I have ever known. He genuinely cared about every employee he had, and he was always ready to lend a hand, listen to new ideas, or offer advice. By the time I joined his team, Frank had been in the broadcasting industry for over 25 years, climbing the ranks quickly to executive leadership of a major market TV station. And at his 50th birthday party four years later, he was asked how long was long enough to be in a job. “I’ve always lived by this creed—it’s time to change when it’s no longer fun.” Even after he had stepped away from television, Frank kept leading. He stayed true to his creed—unafraid to have fun and unafraid to change.

Frank taught me that fun in a job isn’t just about the good seasons when every employee is happy and the budget balances nicely and all the press is positive. Fun for a leader is also in the midst of crisis, in the downturn, in the dry times—because it’s then a true leader rises and helps others rise too.

So, if true leaders stay through the good times and the bad, when do you know it’s time for a change? How do you know it’s no longer fun? I recently resigned as communications director of a local church to focus on consulting and writing—a resignation that came after a long and thoughtful season of prayer, wise counsel, and strategic preparation. Making the decision to leave wasn’t an easy one. I had concerns about the welfare of my staff, and I struggled with the fear that my next career step may be a faulty one. But I knew in my heart that it was right because of these things:

F – The fashion in which I was doing my job had changed. While I still found great joy in encouraging and coaching my team, the leadership culture at the organization had evolved. The evolution was good and I supported it—all the while knowing the culture change would eventually limit my ability to fully use the gifts and talents which had brought me to the position in the first place.

Ask yourself, “Is this still the role where I can fully contribute my time, talent, and resources?”

U – I was still useful. A friend of mine in executive leadership at a church recently told me: “I know I’ll need to leave someday, but I’m not ready yet. I just don’t want to stick around after I’m not useful anymore.” As much as I love this pastor, I beg to differ with him. Throughout Scripture, I see people passing batons and changing roles while they are still actively leading. To wait until we are no longer useful to an organization is to allow ourselves to become a detriment to its mission and its people. There was still much I could have done at my church, but I knew it was time to let my team shine and lead.

Ask yourself, “Do I risk becoming a detriment to the organization by remaining in this position? Am I truly giving space for others to grow and lead by remaining here?”

N – The “next” was growing in strength. I believe that God places new adventures in our hearts long before we are ready to step out and embrace them. He begins opening our eyes . . . sometimes to new aspects of the work we are currently doing, and sometimes to new worlds entirely. I mentioned the term “strategic preparation” earlier. Fellow writer and good friend Tammy Helfrich uses it to describe how God readies us over time for risks He wants us to take. And Jon Acuff offers up one of the best pieces of advice ever: “If you’re going to risk and maybe fail, fail at something that matters. Fail gloriously so that even in failure, lives change.” God had been cultivating new dreams in me for a long while, and I knew it was time to embrace those dreams fully, no matter the outcome.

Frank passed away in 2008 after a lengthy battle with cancer. After his memorial service, family members, friends, and former employees gathered at his home to reminisce and share stories. The common theme that afternoon was of the man who had been faithful to leading and serving well—the man committed to fun. I couldn’t help but think that, even as his life drew to a close, Frank was still asking himself: “Can I continue to fully use my time, talent, and treasure well? Am I giving space to others to grow and lead? Is now the time for me to step out in faith once again, embracing the next piece of God’s purpose for me—and for them?” I knew he had remained true to his creed, unafraid to have fun and unafraid to change.

Don't Be Afraid of the Strays

Use Your Resumé to Tell YOUR Story Well