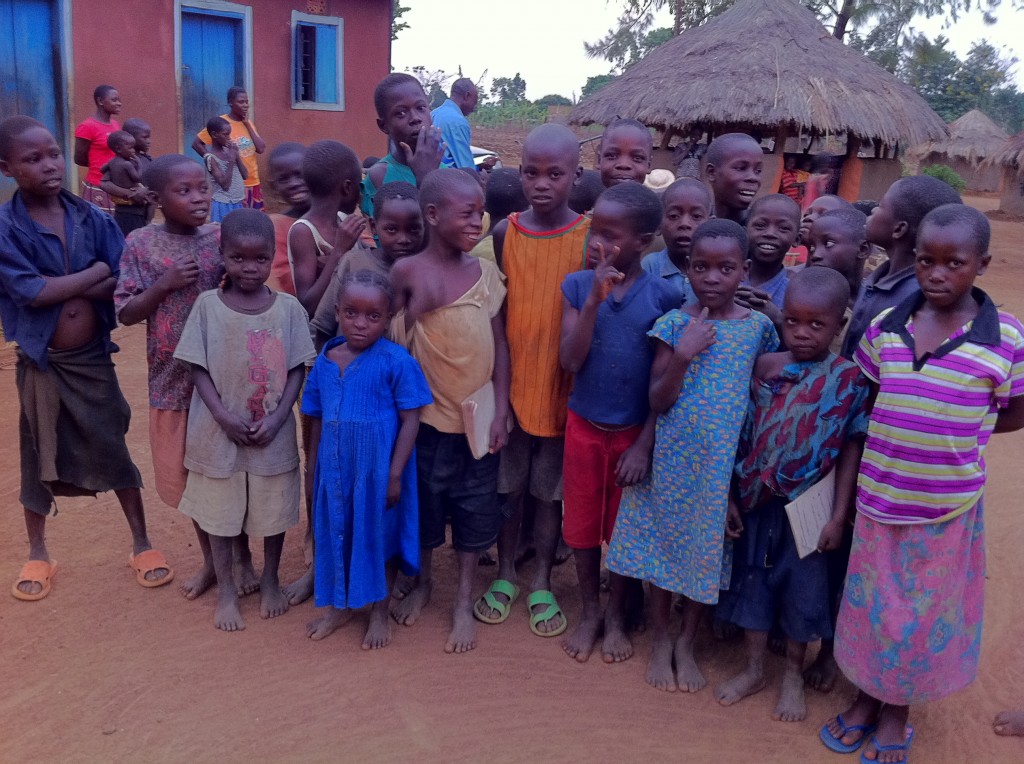 Today’s journey took 11-1/2 hours, and left me weary and worn and covered in dirt. It was caked around my nose, had congregated on my forehead in a misshapen heart, and had even found its way into my ears. I knew the wind stung as we traveled today along pitted and gnarled rural roads. Now I know why. I don’t know any no one at dinner had the heart to tell me. But in a way, I wish I could wear it a bit longer – it is a beautiful reminder of how beautiful broken roads can be. 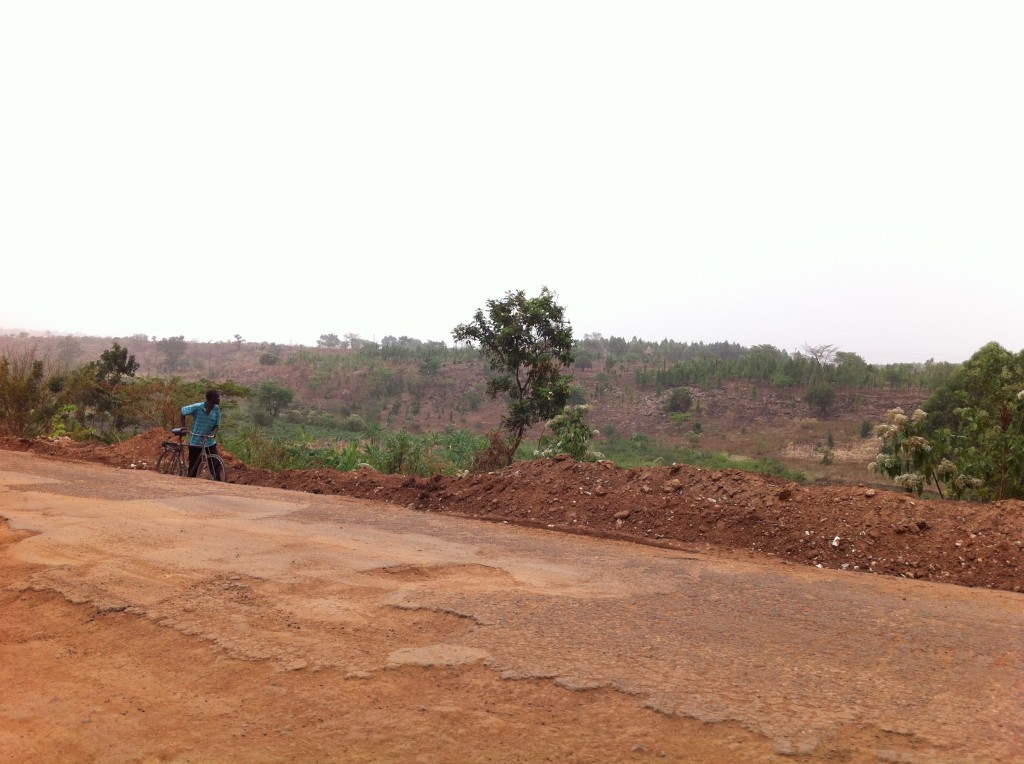 Our goal was to visit three villages, three pastors, three communities of faith. Those were the destinations. But the total time at those destinations was less than 3 hours. The rest of the time was spent in the back seat of a jeep with no air conditioning and no radio. The roads varied from well-paved highways to paths no wider than a yardstick. We dodged cattle, goats, chickens – and even a baboon – to get to our destinations. As we passed through village after village that emerged from the dust and smoke like ghosts of a time gone by, we were met with waves, smiles and “jambo!” God blessed us with a cooler day and windows that sometimes rolled down to let in a cool (but dirt-filled) breeze. And a pair of small speakers and a flipflop transformed my iPod into a beautiful dashboard stereo.

I tried to remember the names of each village we passed. Akowabi. Kimimbi. Bimuni. Busesa. The list grew too long and the villages began to blur. Whether on a paved road or on a trail, there was a familiarity to them. Homes in the distance. Town Center with wooden sheds selling fresh meat, vegetables, cell phone minutes, or plastic shoes. At least one place where the men would congregate outside to talk under the shade of a tree. And women sitting on mats with babies. 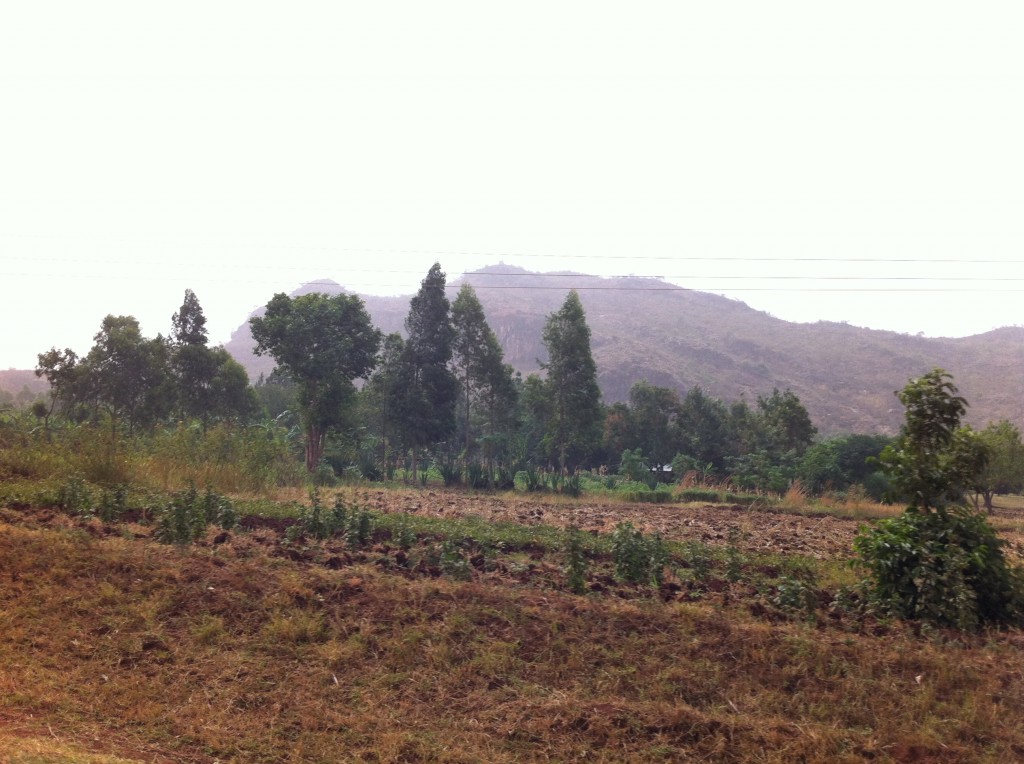 I tried to take pictures of the ever-changing landscape but the roads were too rough to get anything beyond a blurred square of color. Rice paddies and marshland gave way to forests of pine and eucalyptus that were then were pushed aside by mountains that seemed to simply erupt from the plain.

Life wafted in and out of the windows of the car. The sweet fragrance of coffee tree flowers, the loudspeakers calling for prayer in the mosques, the laughter of children playing at boarding school after boarding school. And the comfort of freshly cooked chapati bread that Pastor Nelson (our kind translator and journeyman) was willing to purchase for me at a local restaurant in Mbale.

I prayed for the people I saw as the songs of Robbie Seay Band, Gungor, Jesus Culture, and Red Mountain Music provided a soundtrack of lament, praise, and hope. “Come all ye pining, hungry, poor. The Savior’s bounty taste…” 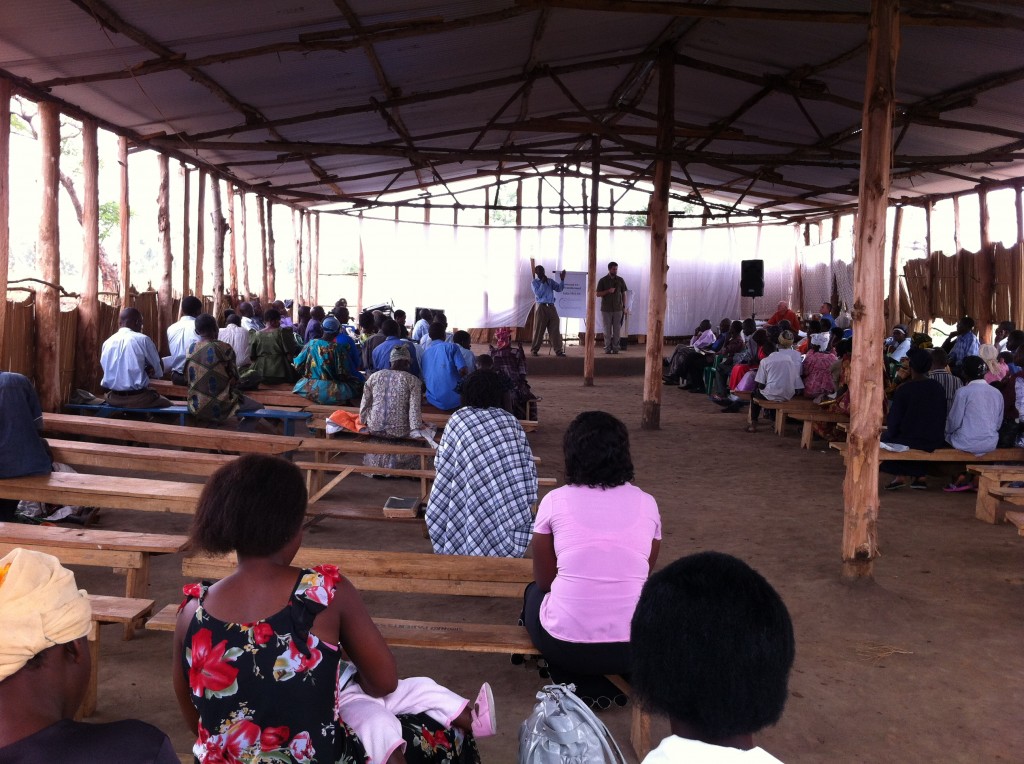 The broken road moments made the destinations even more precious. In Sironko, a village in the Mbale Zone that now has a church built with funds from faithful folks at Austin Christian Fellowship, I learned cooking tips from from beautiful women who were making lunch for those attending the pastors conference. 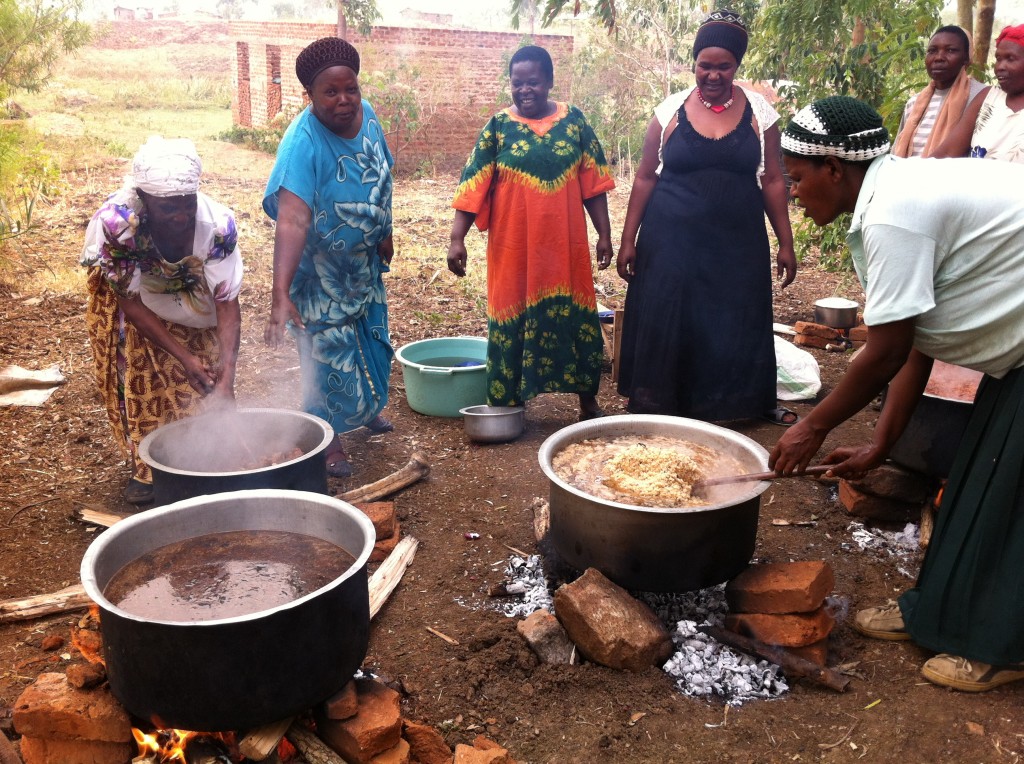 As they stirred the huge pots of posho, pinto beans, and meat, they told me to caramelize onions until they are a deep caramel before adding water and rice to give the rice a rich flavor and a beautiful golden hue. The darker the better, according to the women who were fearless in moving huge metal pots over roaring flames. I wanted to linger there, to talk about motherhood and meals and serving. 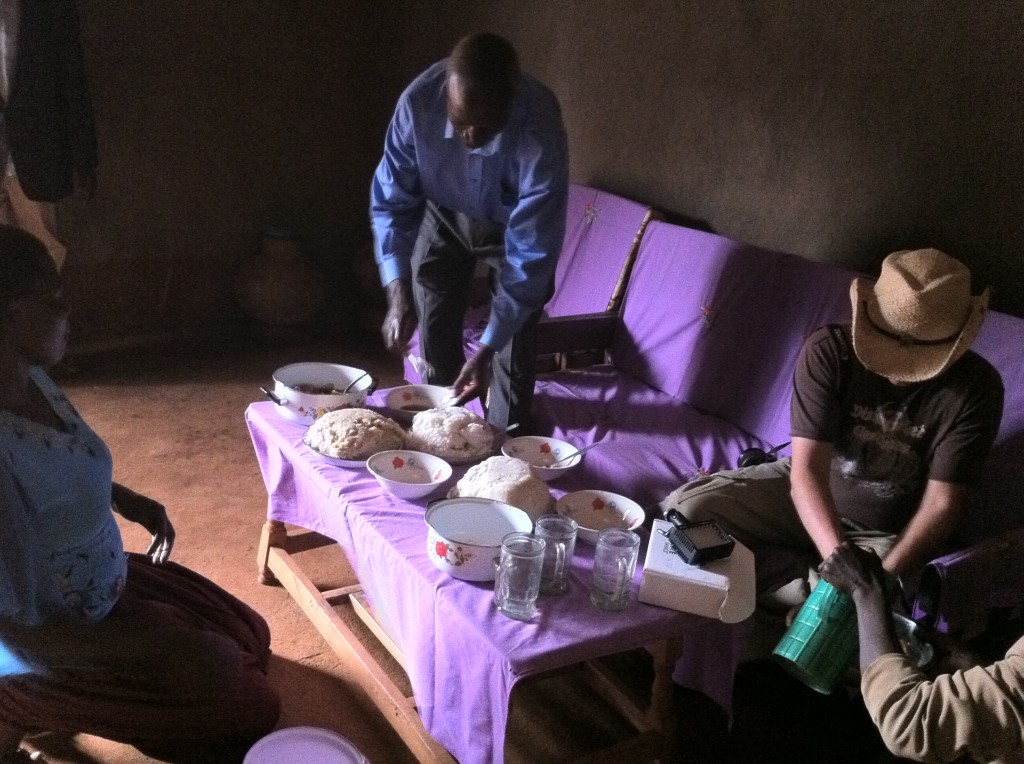 In Sibona, a tiny village in the Busia Zone, I was brought to tears when Pastor Juma and his wife Jessica served us a meal of posho, cassava, rice, and “local chicken” (meaning it lived outside their hut before it became a savory dish for us). They put out fine purple cloth on the table and chairs to protect our (dust-covered) clothes from the red dirt that covered everything, and their daughter knelt in front of us as we washed our hands in a small bowl. The pastor and his wife have little to feed their nine children and growing number of grandchildren – let alone the village they serve – but caring for us was their top priority as we learned of his past 20 years in ministry. 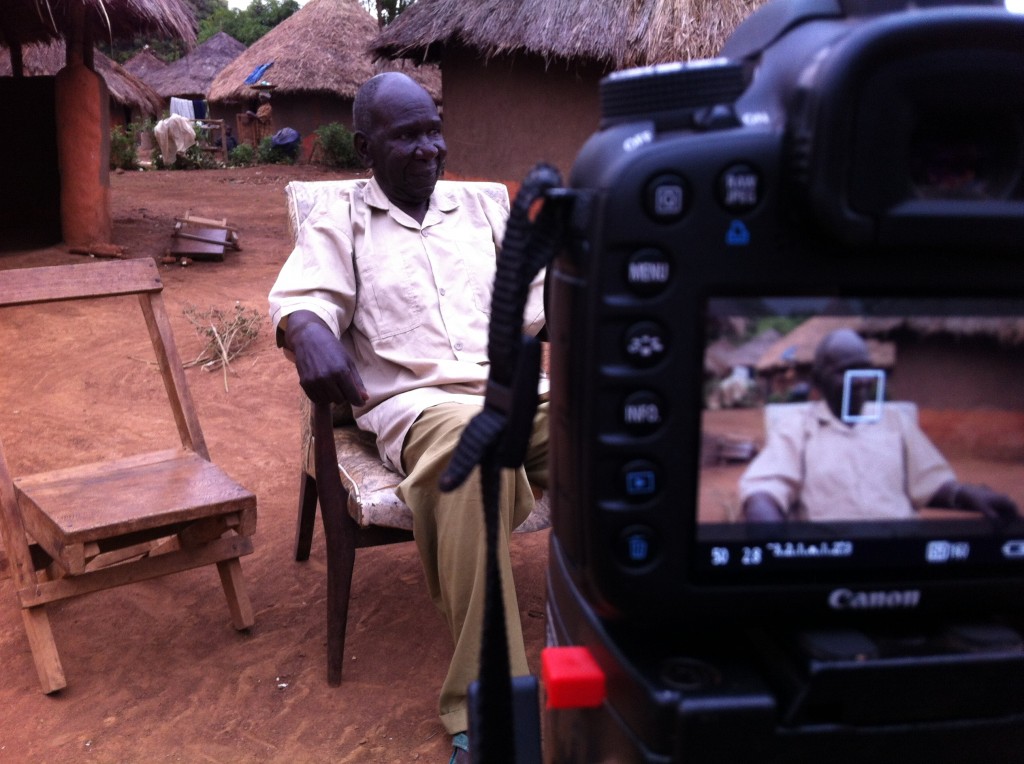 And in Nakigunju, an even smaller and more rugged village in the Bugeri Zone, 80-year old Pastor Fester welcomed us with open arms as he shared the story of Arise Africa, how life as a minister has changed over the past 50 years of preaching, and how he is now training up three young men in the village to “share the saving love of Jesus Christ for the next 50 years.”

As we returned to Jinja on roads illuminated only by the glow of headlights, I saw a word on a truck.

It means “I will dry the tears.”

Traveling the broken road today, I know He will. Again, today’s song resonates in my heart. “Come all ye pining, hungry, poor…” He will make all things new.