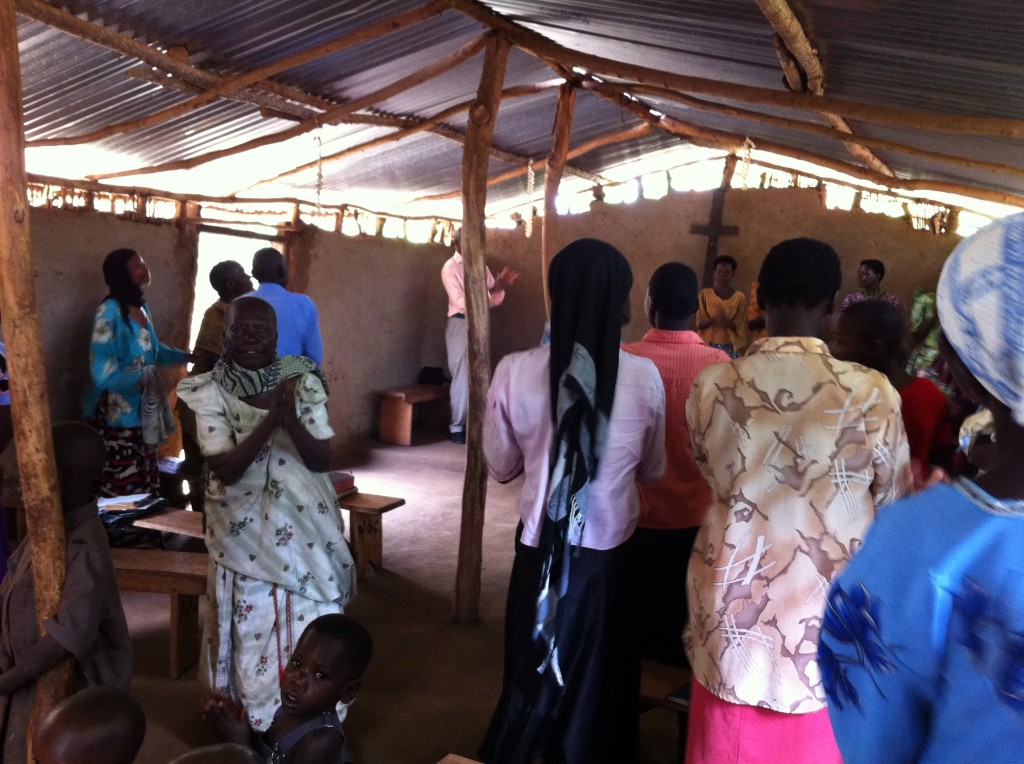 There was something about her smile that told me we were sisters. As I walked through the doorway of the church made of mud and sticks and into the dancing, jumping, twirling joy of unabashed, unfettered praise, she turned and our eyes met. The smile said, “I’ve been waiting for you. I have a story to tell.”

Her actual name was six names –  long enough to fill an entire line in my notebook, but being a mom in Uganda is much like being a mom in the US. While I may be Ronne Rock, I will forever be “Ian’s Mom.” And so it is with her. Her name was Mama S. She was tall and slender and beautiful, with a dress of Texas sky blue. 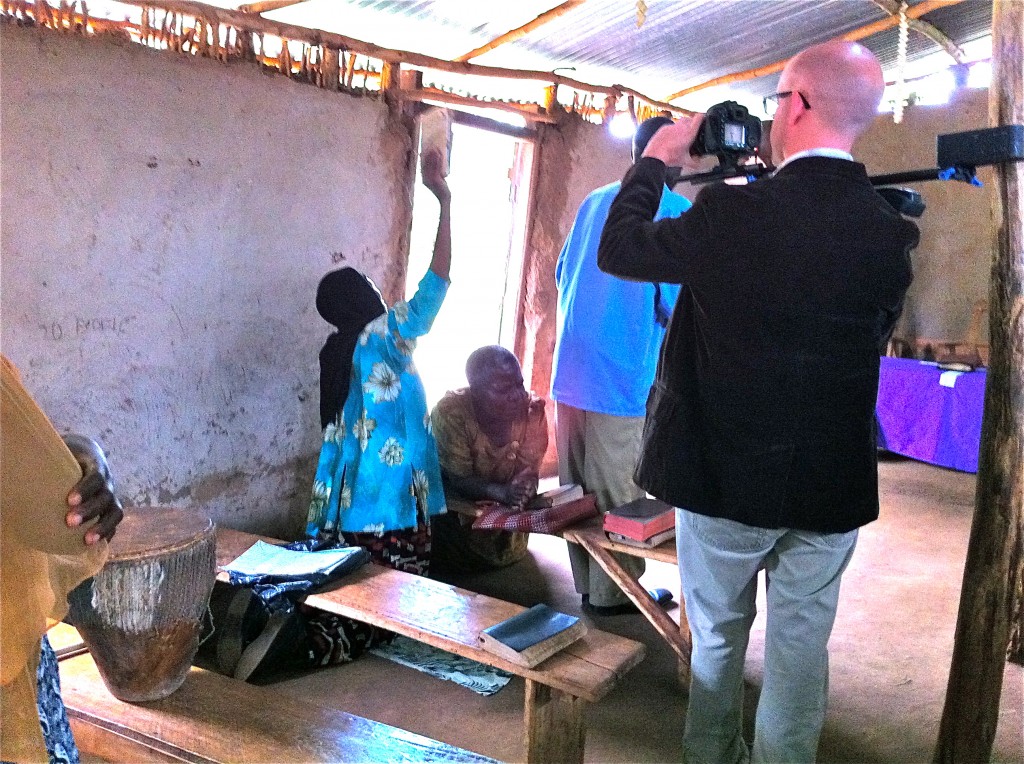 My teammate Jim and I did our best to blend into the blur of dance, and two grandmothers hugged me and twirled me as I stepped in time to the beautiful a capella worship that filled the room. There were no hymnals, no projection screen with the latest praise and worship hit from Hillsong, no electricity. The only instrument being played was a drum. The richness of the moment was awe-inspiring. And when it was time to pray, the voices of the saints in the room exchanged their songs for words – each person on their knees in reverence to the Creator of the universe Who showers His kindness and good affection on each one. Their voices transported me to another room and other voices heard only weeks before. Heaven will sound like those voices. 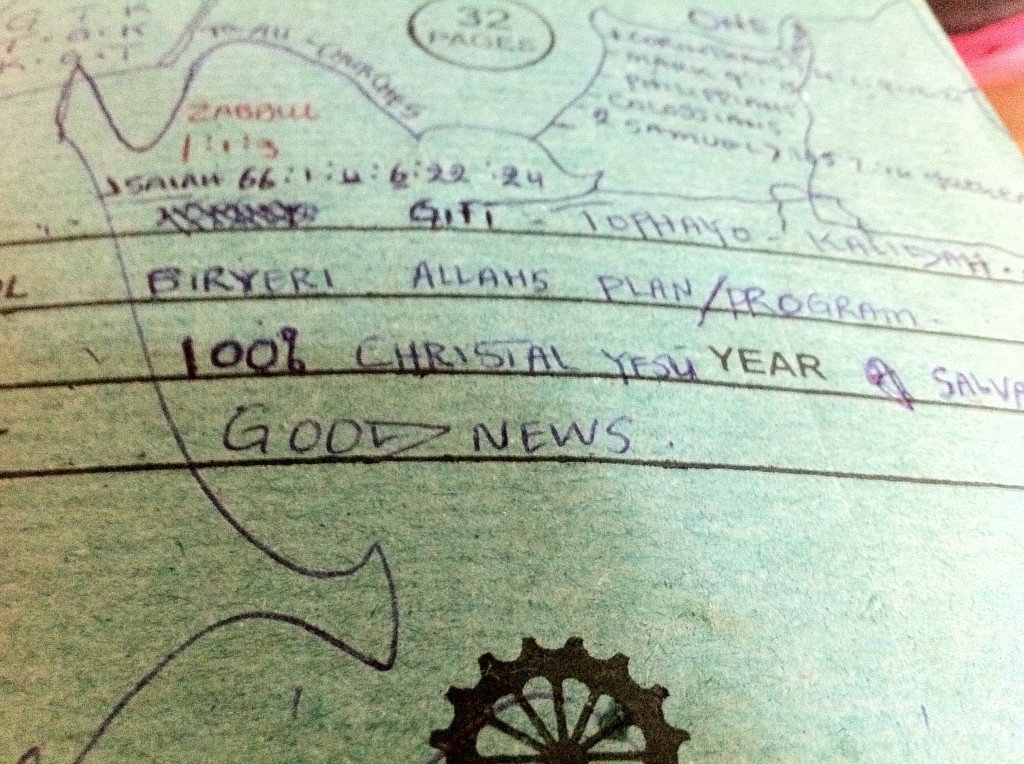 Mama S motioned for me to come near, and pulled out a blue book – the same books used for exams in college. She carried several with her in a bag, filled with notes that she seemed to cherish as much as her with threadworn bible. She turned to a page and pointed to an inscription – then pointed to me. The inscription read “a woman is coming who is a good branch” with scripture references to God calling His people together. Next to it was written “goodnewsi.” I was humbled that she would consider me worthy of such a promise given to her by God. I fought back tears as we continued to dance in time to the divine rhythm of the music. 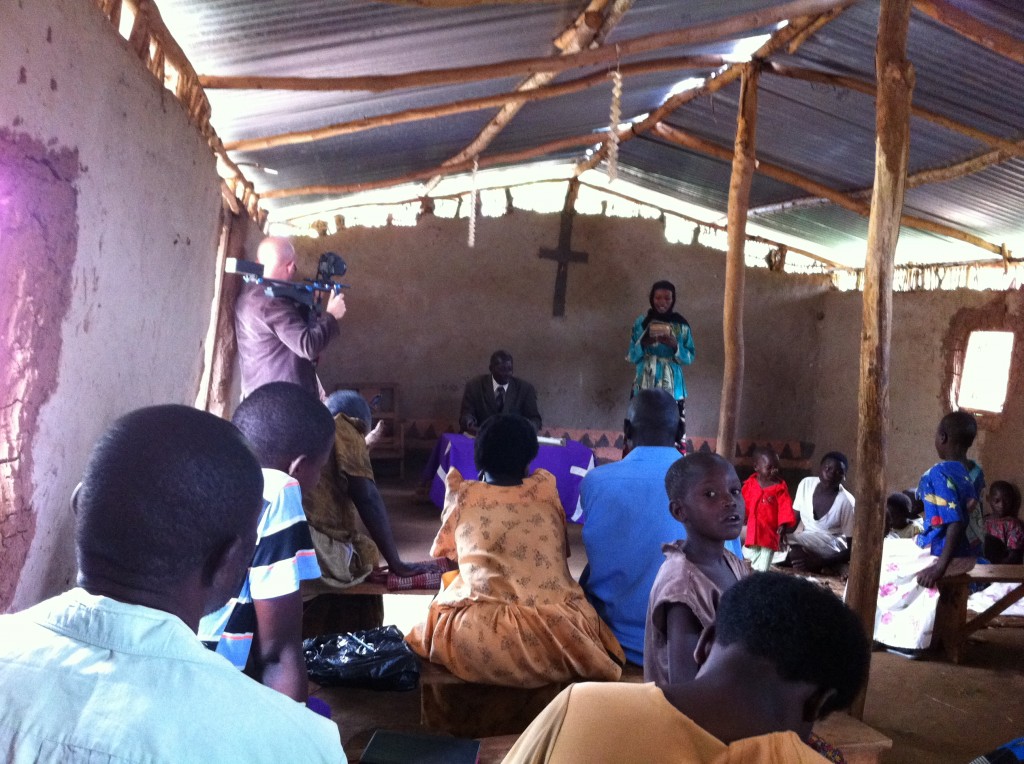 Several people stood to give testimonies of the Lord’s goodness, and Mama was one of them. Some praised Him for healing, some praised Him for strength. Mama praised Him for saving her and praised Him for His divinity. Others spoke in Lugandan, but Mama read words she had carefully crafted in English. It’s as if she knew strangers would be mixed with family today, and wanted to ensure they felt included in the moment. That smile flashed again.

As the message began, I moved to a bench at the back corner of the room to avoid distracting others or getting in the video we were shooting. The village children gathered around me, fascinated by my skin and hair and iPhone and YouVersion and every letter of every note I was taking about the morning and the message Pastor Aroni was preaching. Mama S passed her blue book back to me, and nodded to tell me to open it and read it. In the subject line was written “Good News.”  Inside, the pages were filled with bible studies from Ephesians, Corinthians, Galatians, and Acts. And something else was in the book. Her story.

It was a different testimony from the one she read earlier in the service – this one was entitled “The Year of Salvation.”

She said God first began showing her His power and His love as she was fasting during the month of Ramadan. He revealed to her during that Muslim high holiday that Jesus Christ was truly Lord. In her eagerness to share whet the had heard and learned from a God she thought was distant, she was accused by friends and family of being crazy or under attack by a bad spirit. So she continued to be faithful to reading her Koran and praying to Allah – all the practices she knew to be right. But through it all, God kept revealing Himself to her. He brought people into her life who helped her understand scripture. And she fell in love with Jesus.

We held each other as the service ended and people streamed out into the golden African sunlight. “You are my sister,” I said. “Yes, God has given you here to me in this time,” she smiled. 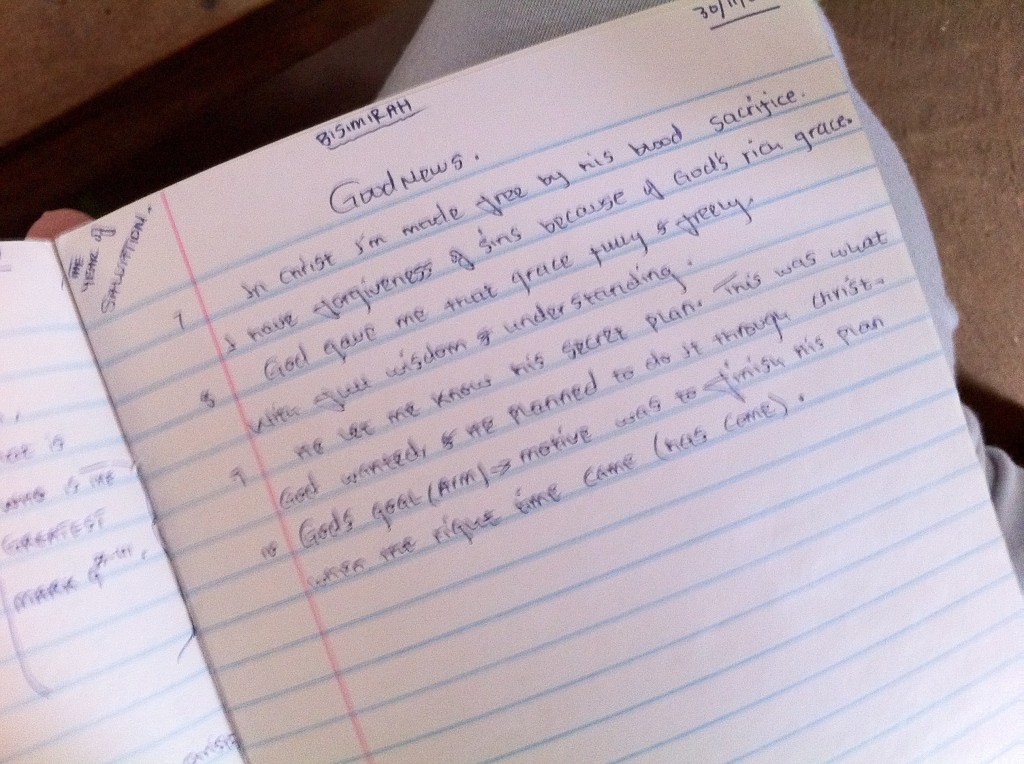