“I want to see myself in there.” He pointed to my iPhone as I stooped to get photos of family at a water well.

We had walked some distance from the team who had gathered under the shade of trees in front of a primary school in Kyani, Uganda. Even on Saturday, the excitement of visitors from Texas coming to this remote village meant almost 200 children had come to school to participate in the teaching and games. My purpose was different than that of the rest of the team; working with a videographer, I was to disappear into the background and find moments and stories that would encourage other churches in the United States to support the work of Arise Africa. 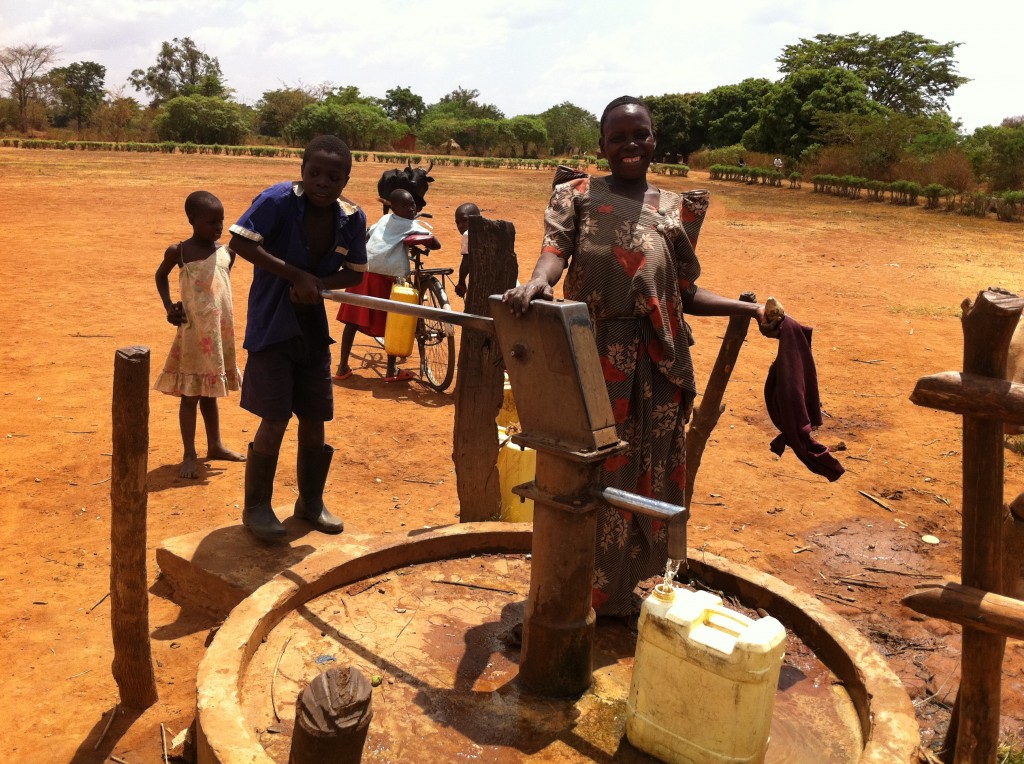 We saw a rugged man herding several cattle to the water well that has offered liquid life to the village since 1992, and quickly walked to the pump where a grand woman held two large yellow containers. The family watered the cattle first – milk is a precious scarcity so those who have any livestock at all care for it like gold. Then they filled the containers that would provide clean safe water for drinking and cooking. The woman smiled and said they were blessed – they only had to travel 1/2 mile to get to the well. Others have to travel much further. The next well is more than a mile away. 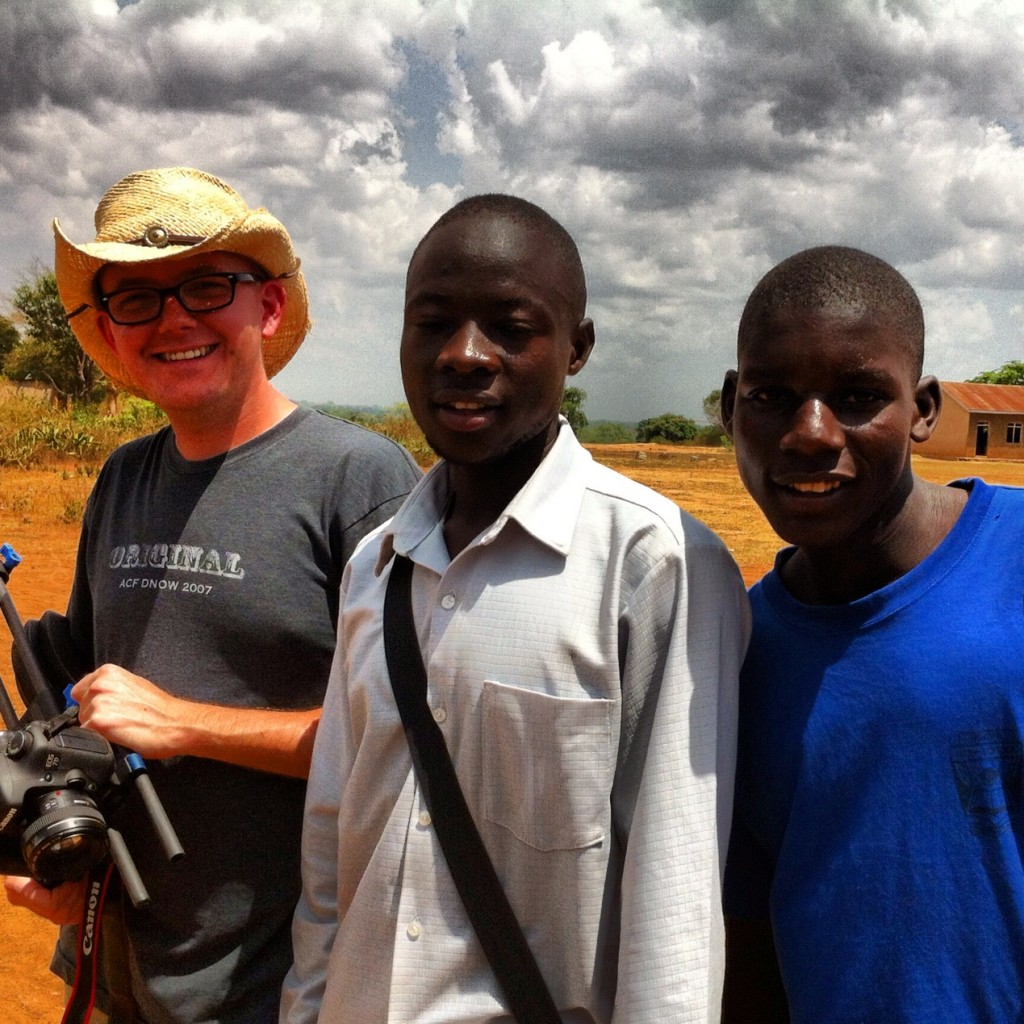 The young man in blue spied us as we walked to the well. His name was Joel (pronounced Jo-Elle); he and two other friends on a bicycle met us as we set up our camera and had our translator explain our intent. They were curious about our equipment and very interested in our smartphones. “I want my picture in there,” he said again. I smiled and quickly took a picture of him as he stood next to my two partners. I explained that through Instagram, that picture would be seen by my friends in the United States. It was difficult for him to fathom. But he smiled. 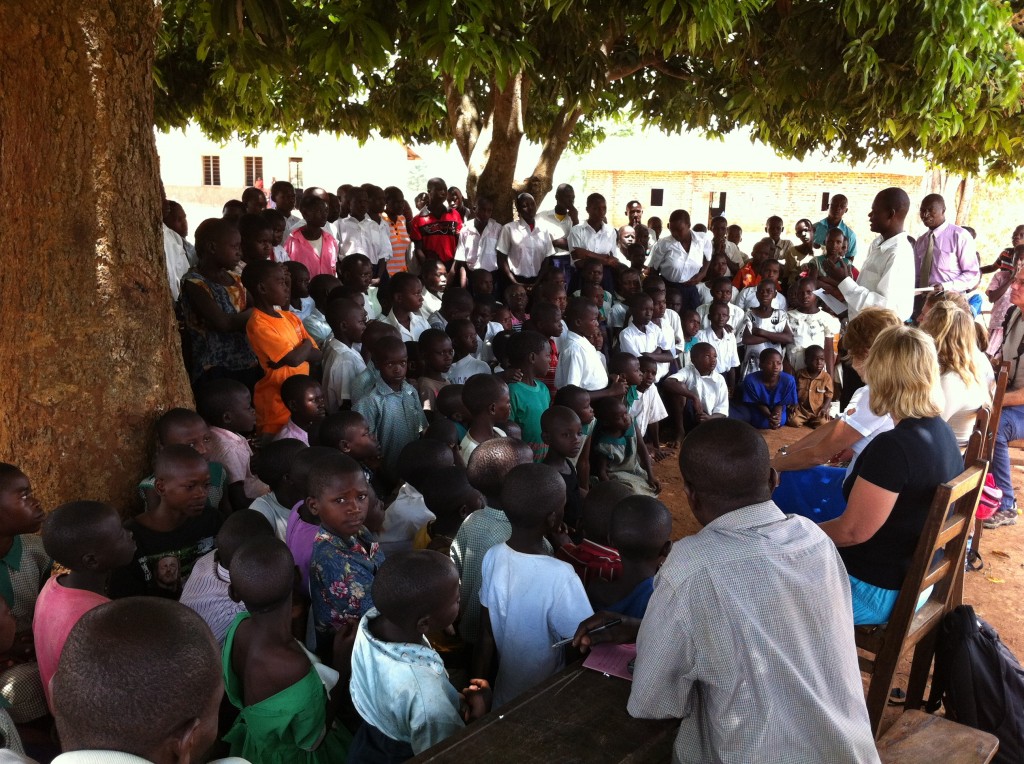 We finished our work at the well and returned to the grove of trees where the children were learning about miracles of Christ. Joel and a growing group of teenage boys followed us. They stood near the group of students, their interest torn between the lesson and our cameras. They laughed and commented as they stood behind Jim to see every frame captured, and they asked about words in English and how many days we were serving and if my skin would eventually be as dark as theirs if I stayed in their country long enough. 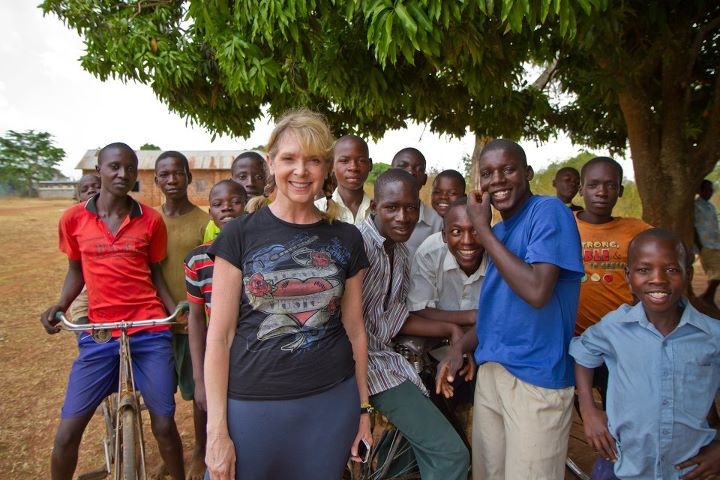 Under the trees, the lesson ended. Bibles were given to the village pastor (another precious scarcity that is cared for like gold here). Goodbyes were shared. And the team moved to the van to return to the church where pastors were being taught about true love. I told Joel I would pray for him. And his response was jarring:

“You are my friend. So, perhaps you will give me a gift so I remember you.” He pointed to the phone. When I explained that we had given other things to the village, he smiled and walked away. Without an iPhone, our friendship ended.

My heart ached. It would have been easy to run after him and say “Here, here is money or some chewing gum or two tickets to a Rangers game…” to prove I was a friend. I mean, friendship is often reduced to just that in the United States. It becomes more an act of what we do rather than who we are. And I realized that, in this particular village, we have imported that definition. 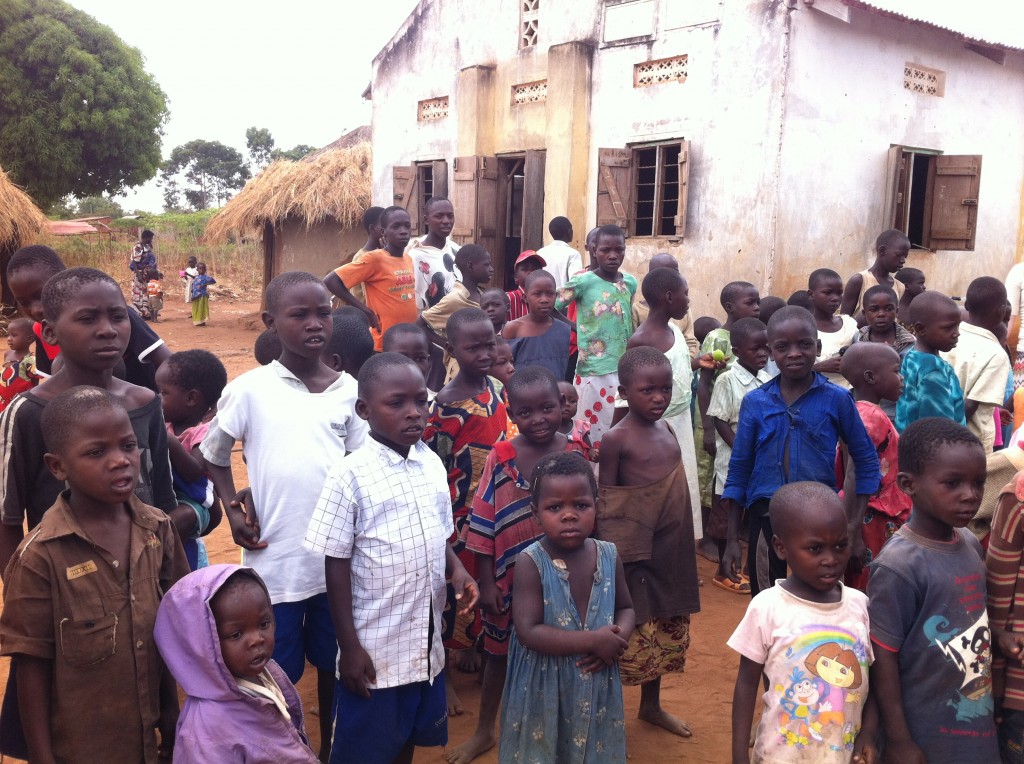 You see, Joel wasn’t the only one who wanted things. A mother handed me her baby and told me I could purchase him since I was a friend.  “The baby wants your money,” she said. Children danced around us and asked for “sweeties,” candy that has been tossed about carelessly in droves by past mission teams. And a dozen times, beautiful eyes stared into mine and said, “We are friends? Then give me your money. Give me that phone.”

Joel, like you “I want to see myself in there” as I serve here in Uganda. But the best gift I can give this village is one they may not appreciate immediately. It’s the gift of another water well, or more cattle, or a plot of sugar cane or beans or maize or cassava. It’s irrigation. It’s education. It’s the Gospel. Certainly, meeting immediate needs is important. But our kindness needs to reach further than a piece of candy. Our generosity needs to provide more value than a smartphone. If we are here to serve, we need to serve well. 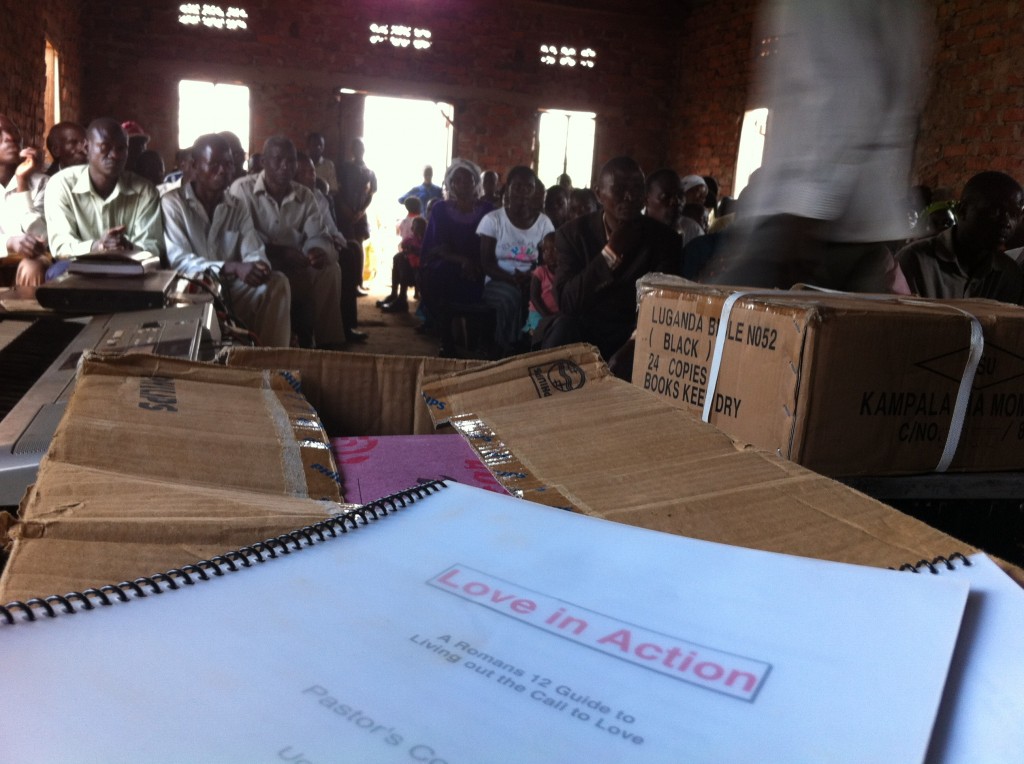 And that’s why we are serving with Arise Africa, working alongside Ugandan Christians who want to see transformation happen in their country. Through them, immediate needs can be met. Through them, life-changing gifts can be shared. Our hands hold their hands as they hold each village. We become true friends. We “see ourselves in there.”

One thought on “see myself in there.”