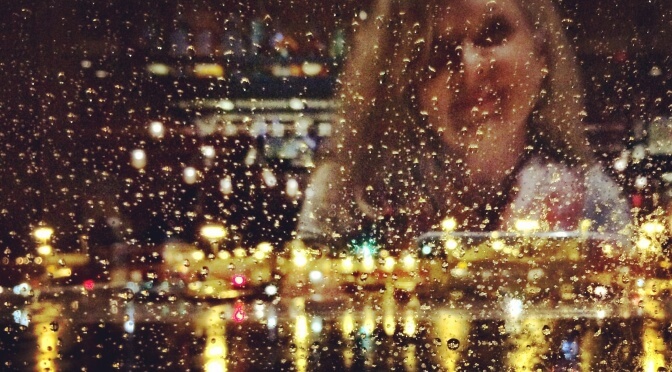 The evening lingered under a well-placed moon, with candles flickering and plates telling the story of a meal lovingly prepared and then savored. It was just the four of us in the courtyard, two couples connected by a chapter in the past that had seen its share of divinity and devastation. Two of us had worked together – though perhaps the better term would be strove together, because when two strong souls with lots of questions and a hunger to make things right meet, there can be as many storms as sunshine. But there is no season that is forever, and time had forged a common union, a grace-lavished understanding and kinship. 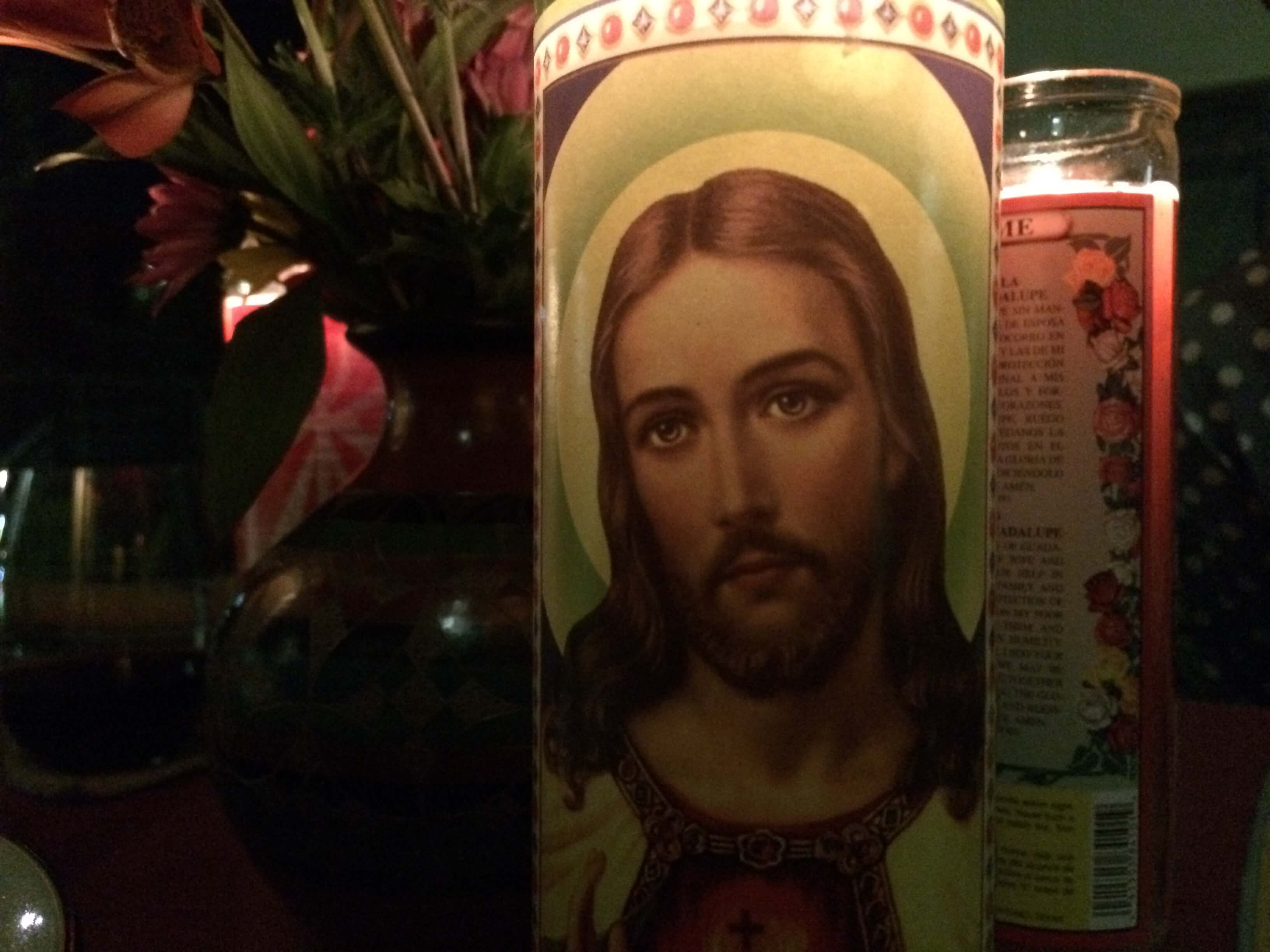 “So, how are things in your soaring year?” He asked the question, not as one wanting a quick list of updates but as one who understands the sticky wicket of stepping off the ledge. The four of us looked at each other for a moment, bound together by vulnerability rarely welcomed by the world when conversations turn to vocation and avocation and dreams. Hustle doesn’t like to acknowledge its sibling, struggle. Success doesn’t like to welcome its cousin, failure. And pursuit turns a blind eye to its twin, dogged persistence. We love to see #bragtable posts on social media, but quickly scroll past the ones that say, “I’m here. Still here. Just here.” 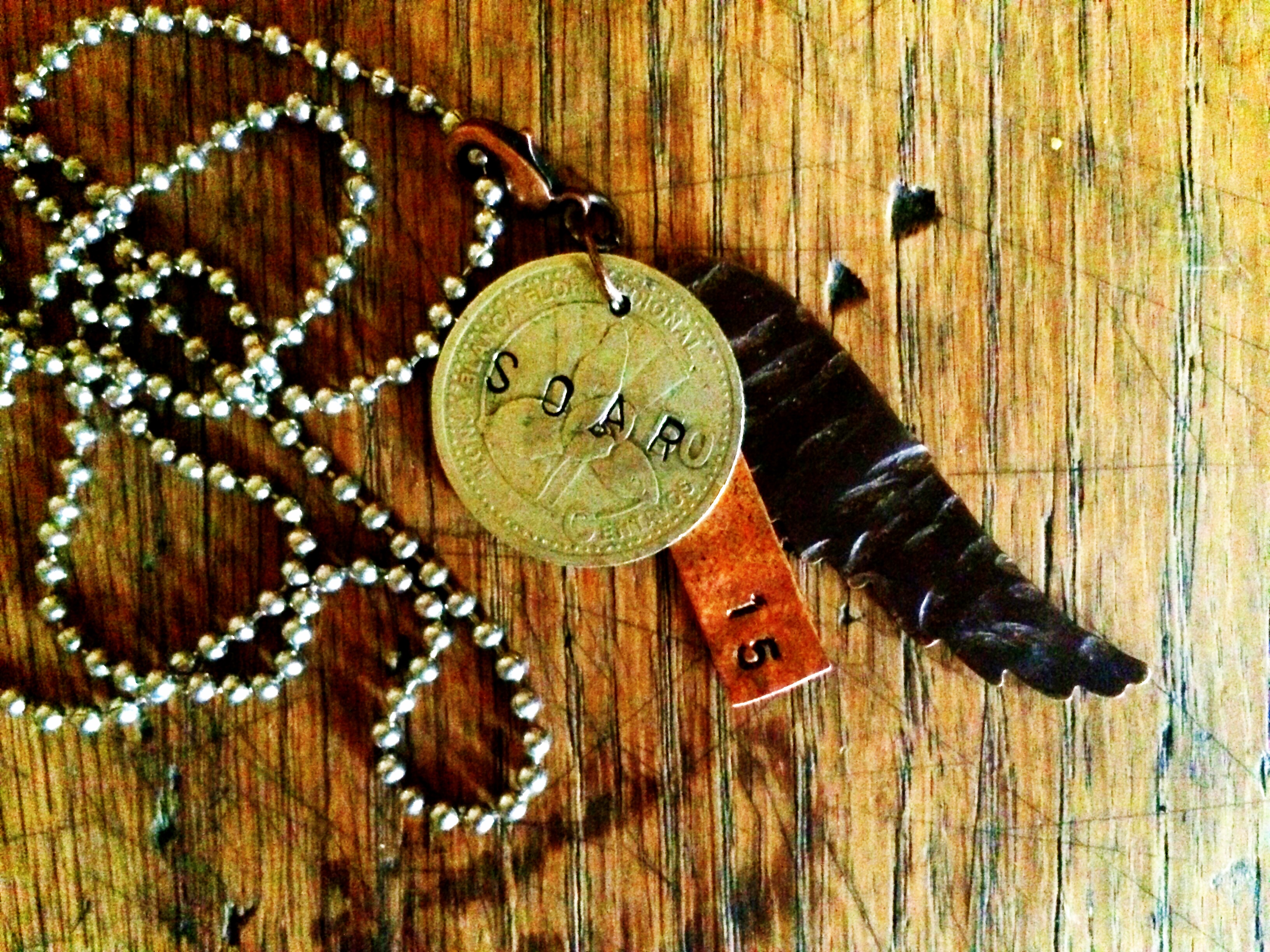 My word for the year is SOAR(still). At the beginning of the year, I wore a necklace with a coin and a wing, and began using the hashtag #mysoaringyear on stories shared on Instagram. More than anything, it was something I could click to see visual reminders of what the yet unlived year had become.

But the images only show a part of what the year has proven to be, even though it hasn’t yet come to its conclusion. The necklace has broken, and I don’t use the hashtag as much anymore, after hearing more than once, “since this is your SOARING year and all, maybe you should just…” by well-meaning folks who think soaring means flying headstrong into anything. Most questions asked are about the “where to next?” or the “when will your book be ready?” or the “what else is on your agenda?” or the “who is the most interesting person you’ve met?”

I think questions will always be there for all of us about the doing – because no matter how hard we try, gravity wants to define us by the work of our hands rather than the purpose behind their movement. I’ve learned to quickly recite my calendar with a smile, and have even placed an arbitrary “complete book” on a date in early 2016 to make responses easier.

An arbitrary date. Because despite its good efforts, soaring feels a lot more arbitrary than it does intentional. There is no control over the currents that carry us or the rain that forces us to stop flying. There is only our response. I am learning what it means to answer. And what it means to really respond.

I know the value of who, what, where, and when. But it’s the why and the how that dig deeply into the story to reveal nuance and character. And so when he asked, “how are things in your soaring year?” he gave space. Space for me to be honest.

“It’s been far harder than I imagined. It’s lonelier than I thought it would be. I’ve had to face myself over and over again, and remind myself Whose I am.” Some days I awaken with such power, but they are wrapped up in other days where I battle every sort of questioning.

He nodded. And our spouses nodded too – because sometimes the people who live with someone who has taken a leap of faith have to sift through the dust from the wings that stir it wildly.

I say it’s my soaring year. But this is my truth.

There is far more still than there is soar. And still is hard.

After two years of prayer, I stepped away from a leadership role at a local church. Some said I left the church itself. Some thought I left the Church itself. Some walked away from me when my resume added an end date. I think about what my friend, Lucy, in India said when she felt God tell her to step away from the sisterhood. “I was worried – I had no reason other than Jesus, and I knew people would want to have another story about why a nun would walk away.” I know that worry now – that Jesus’ calling is inadequate for a darkened world that can have the most upstanding soul salivating for salaciousness. That darkness wants to ensnare me too. Soaring is where I can see it. Still is where the war against it is won. 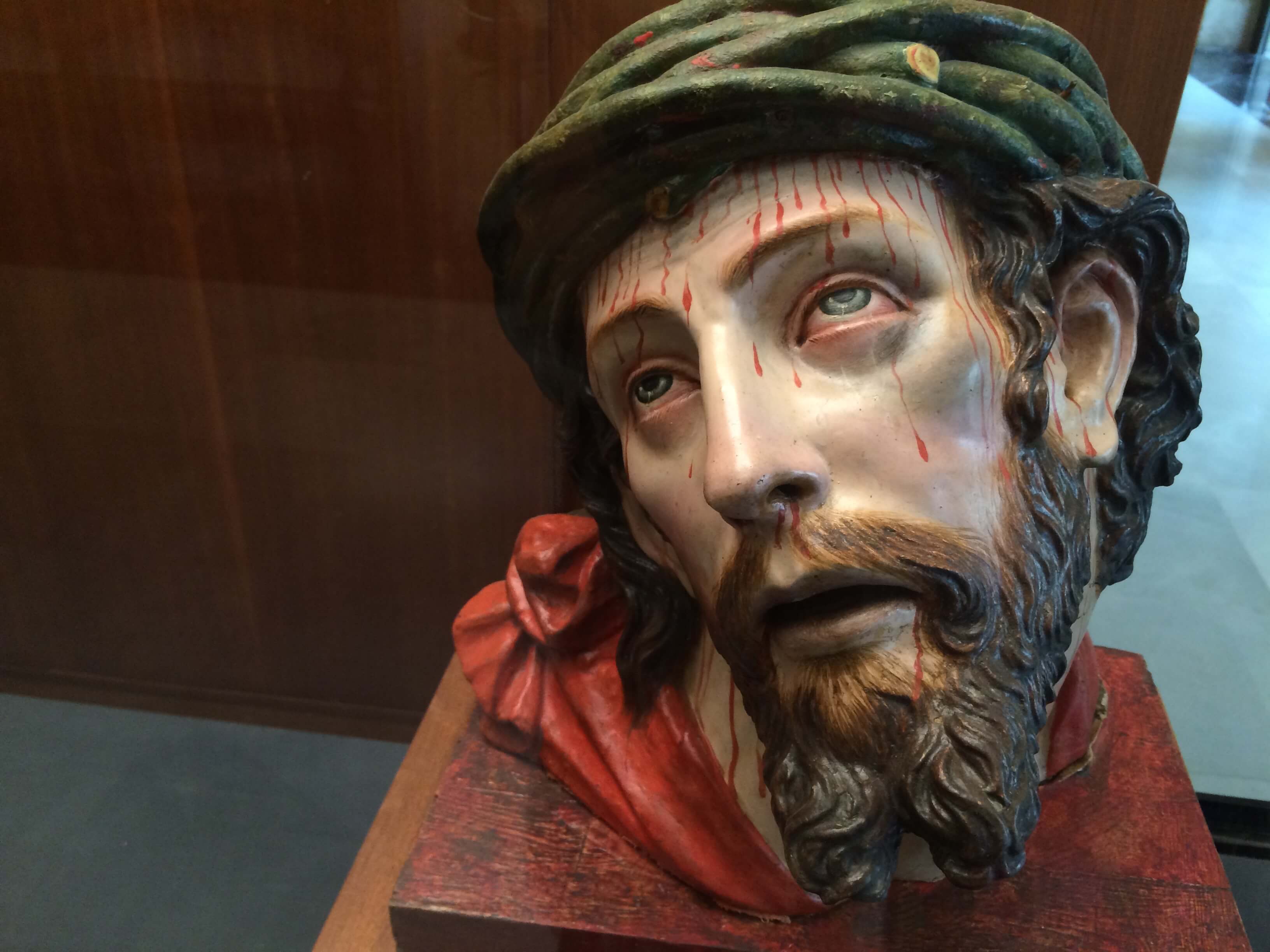 I stood in a church outside of Porto, Portugal recently, as we celebrated its 20th anniversary. It started in the living room of two missionaries who felt they were supposed to share the Gospel in a part of town best known for the train tracks that split it in two. The church was told to stop. They then moved to a public space next to a bar. They were told they were disrupting the peace. A local bar & restaurant kindly opened their doors, and the little church had a place to grow. A man with a tire shop then opened his doors to some warehouse space, and the church grew some more. Now in their own building – in a town that said it didn’t want them – the church is serving the poor and the lonely, and its members are dreaming big dreams about caring for other villages. It’s 20 years old, and it has 200 members – a number we who seek after measures of success might easily deem dismal. But 200 faithful folks who truly believe with their whole lives trump 2 million people who merely warm pews on a Sunday. Soaring has wrecked my heart and given me fresh perspective on what it means to be bear the description “Christ-follower.” Still is the reminder that faith is the long road of falling and rising again and again.

I’ve been asked what it’s like to not have to work a “real job,” to be retired and get to just “travel around.” The #mysoaringyear images look a lot more like the bucket list of an aspiring storyteller and aging suburban housewife than they do the diary of a woman who has reluctantly chosen sanctity over sanity and security. My friend Melissa brought me to tears when she said that I was “an advocacy journalist who travels all over the world working with non-profits to tell the stories of the work they’re doing.” I think she sees something in me I still want to see in myself – that the work I am now privileged to do as a contractor and freelancer might in some way impact change that lasts beyond an emotional moment in time. Seasons, remember. Everything is but a season, and I don’t take lightly this one. Some days are filled to overflowing with the stories that change stories. Some days I find myself making playlists for my own funeral because I want my own story to tell a story or two. Soaring is where the stories take me. Still is where the battle lives to believe I can make a difference in this window I’ve been given.

The battle doesn’t just exist to believe. The battle also rages about worth and purpose. When the gyro of our souls slows its spin, our hearts remain dizzy from the speed – like a toddler trying to stand after twirling on a merry-go-round. Broken bits of a girl with anxiety disorder I had so proudly pronounced dead when the gyro was quickly spinning now tap on the door daily like shadow-boxers ready to go rounds and rounds. Soaring has let me understand where the anxious broken bits seek to find refuge in my soul. Still is where I find shelter and strength to not welcome them in. Some days I fail. Some days I don’t.

Still is hard. But God says, “Be still.”

Still is where my people gather around me. There are far fewer people these days – and not all the ones I thought would be there have stayed –  but the ones who remain are deeply rooted in real love. There are rare agendas anymore, other than simple conversation, precious quiet while holding hands, morning prayers and late-night lullabies. Gone are the days of three easy steps and more productive workweeks and scriptural platitudes to the things that weigh heavily. My people are a messy people but they are an embracing tribe. They hold me together, and they sweep me up when I crumble. Someone asked, “If you had only a week left to live, what would you do?” I responded, “I would gather my people.” I’m not sure what would happen after that, and most certainly the conversations would be lively with so many different languages filling the air. But this is certain – after the gathering comes the pouring out. Soaring has given me eyes to see that home isn’t a physical space at all – home is my people. 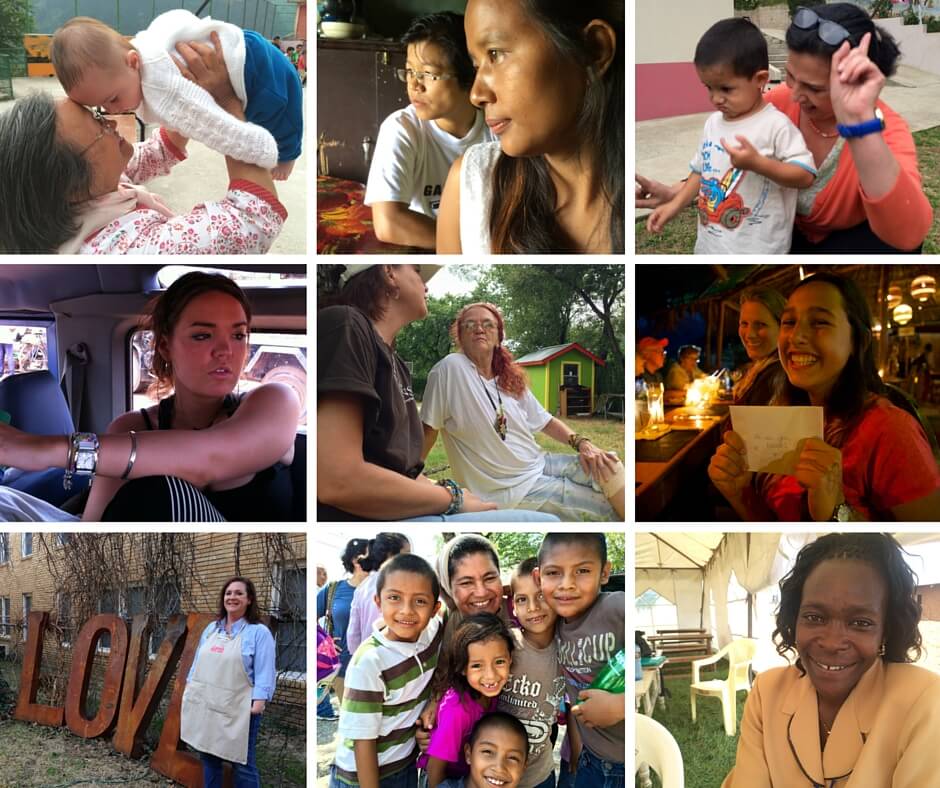 And the women are my people – the women in Building Eden, the book I almost hesitate to say I’m writing anymore. Because when things like books are mentioned, it leads to conversations that have little to do with the heart of the words inside them. Maybe the anxiety presses in the most about the book because the women contained in the pages are such precious gemstones of unmatched quality, and I am afraid the words I’ve written and am still writing about them won’t be enough to inspire a publisher to care or an audience to read. I was so afraid to get to know them, but now I can’t imagine a good life without them. I say they’re my people because they so richly understand the struggle between soar and still. There is not one who doesn’t fight, there is not one who isn’t afraid, there is not one who at times questions or wonders or worries that they’ll be found lacking in a world that loves to define by the doing. The women battle self-loathing, they battle mental illness, they battle loneliness, they battle their past. They battle oppression and bias and scorn. And yet, they still believe restoration is a reality. Soaring has let me meet them. Still has given me hope through them – hope that one day I might be like them.

He asked “so, how is your soaring year going?” And I told him the truth.

What started as a word of the year has evolved into something more. What started as a hashtag has become a tattoo on every piece of every day. It’s hard but it’s a beautiful hard. And it’s a hard that doesn’t end with the date on a calendar. I have changed and am changing and will be changed because of the delicate balance between the soaring and the still. Soaring lets me see the dream. Still allows me to see it delicately, slowly become reality.

“This year – my soaring year? It’s becoming. It’s so becoming.”

What is your word of the year? And how is your year doing? What are you becoming because of it, and what has not yet become? I’d love to know, to pray for you, to hold your hand as we carry on the days. Would you let me do that for you?

11 thoughts on “The Truth about Soaring.”