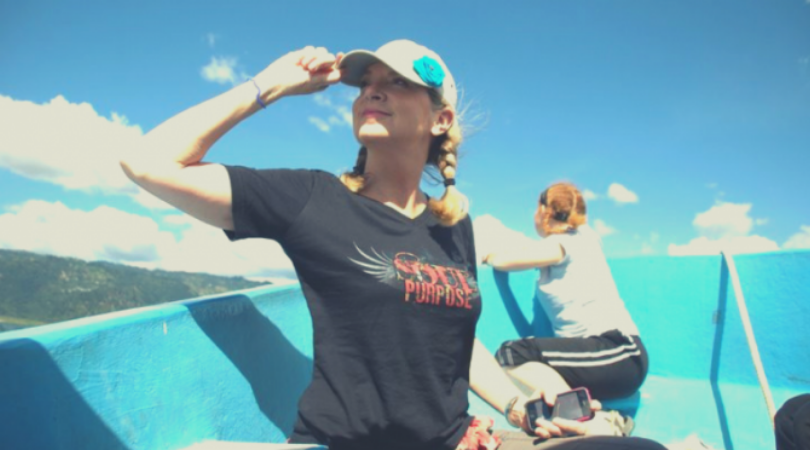 He was teaching in one of the meeting places on the Sabbath. There was a woman present, so twisted and bent over with arthritis that she couldn’t even look up. She had been afflicted with this for eighteen years. When Jesus saw her, he called her over. “Woman, you’re free!” He laid hands on her and suddenly she was standing straight and tall, giving glory to God.

The meeting-place president, furious because Jesus had healed on the Sabbath, said to the congregation, “Six days have been defined as work days. Come on one of the six if you want to be healed, but not on the seventh, the Sabbath.”

But Jesus shot back, “You frauds! Each Sabbath every one of you regularly unties your cow or donkey from its stall, leads it out for water, and thinks nothing of it. So why isn’t it all right for me to untie this daughter of Abraham and lead her from the stall where Satan has had her tied these eighteen years?”

When he put it that way, his critics were left looking quite silly and red-faced. The congregation was delighted and cheered him on. Luke 13:10-17 MSG

She slowly walked to her place in the temple, breathing labored, all alone. Her gaze was fixed, ever downward at her shuffling feet fumbling their way over dirt and stone. Gone were the days of feeling the winter rains on her face or the precious weight of a child in her arms. No, her body had been betraying her for 18 years, becoming her prison as it warped and twisted tighter and tighter. She stood on the side, as she was taught to do by the women who came before her. They told her of the olden days when women stood at the center and prayed and preached, and perhaps for just a moment she paused the shuffle to feel the middle ground below her.

She had heard of the man named Jesus, the one who taught with wisdom and caused a stir. Some said He was a God, some said he was a man possessed. Some hoped He would be King. He was teaching that day, and if she fought against the pain she might catch a glimpse of Him. But she had learned to listen. You could learn a lot from listening.

The synagogue was crowded that day, as was the norm for the Sabbath. Jesus began teaching, and she closed her eyes so she could hear Him more clearly. Then, there was silence. And then, she heard Him speak again.

He called her to the center, out of the shadows. Her heart raced as she shuffled through the crowds and past the men to the middle. The distance between where she was and where she was going must have seemed long. It would have taken time. The crowds grew curious. The synagogue leaders wondered what it was Jesus saw in a nameless and gnarled woman.

Jesus smiled and waited. And when she finally made it to the middle, where her ancestors had preached and prayed, He said four words.

She was looking straight into His eyes.

“There you are,” He smiled and whispered. “I knew you were there all along.” She listened to his words. And she could stand.

As long as I’ve heard this story told, it’s focused on Jesus healing on the Sabbath and dressing down His accusers. The religious leaders were incensed that He would break the rules—and terrified that He did it by breaking chains. While I still love the image of Jesus the teacher and Jesus the healer and Jesus the holy renegade, I’ve fallen in love as of late with Jesus who sees and proclaims.

He stopped teaching with his words. He then taught with his life. And He proclaimed not His own power, but the heritage and liberty of the image and likeness of God He saw standing before Him.

Yes, Jesus gave her a place. And the woman bent and twisted became the woman standing and looking into His eyes.

He proclaimed, not to the woman, but to those who were watching, that she was there all along. Jesus knew they could learn a lot by listening.

He proclaims the same for you, right now. You are not invisible. You are seen. You are a daughter and heir. There are no twists and bends that hold your gaze downward, no matter what has pushed you to the side.

Lift your eyes, love. We are here, in the center of His affection. We are seen. And it is proclaimed. We are free.

If you enjoyed this powerful celebration of the woman who now stands, you might like the stories of the woman caught in the act,  Rufus’ mom, Peter’s mother-in-law, Dorcas and the Samaritan woman. Each celebration is unique and a reminder of all that you and I have to celebrate too. Be sure to subscribe to my little love letters, so you’ll never miss a story—and receive updates on the book One Woman Can Change the World!