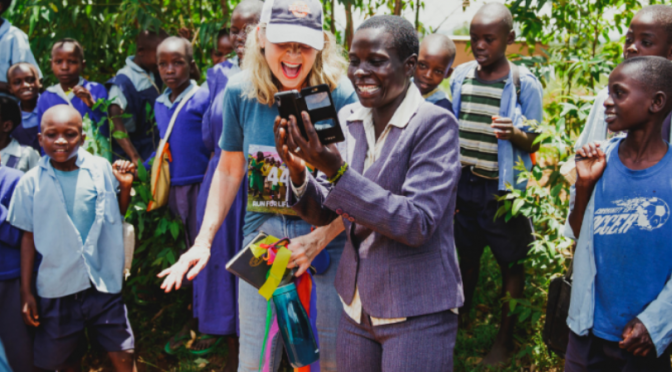 Just then a woman who had hemorrhaged for twelve years slipped in from behind and lightly touched his robe. She was thinking to herself, “If I can just put a finger on his robe, I’ll get well.” Jesus turned—caught her at it. Then he reassured her: “Courage, daughter. You took a risk of faith, and now you’re well.” The woman was well from then on. (Matthew 9:20-22)

Encourage. That word. It means to stand by someone, to help them take the next step. There are so many things I adore about the story of the woman who reached for the dusty, road-walked fringe of a robe. I can’t help but see it play out in my mind—the crowds pushing in, the noise and the dirt and the watchful eyes of skeptics. But most of all, I love that Jesus says to “take courage” to a woman longing to be whole. He says it because He is giving it. He says it left His body when He healed the woman who had been bleeding for years. I picture that’s what happens when we encourage others. We give a portion of our own courage to someone else. We empty ourselves to fill them.

Wings to fly. To soar.

Those who are stumbling are stabilized when we give courage away.

Those who are running well are refreshed when we give courage away.

Those who can’t take another step are renewed when we give courage away.

I wonder how many doctors saw that woman and talked to her and tried to figure out what was wrong. How many prescriptions was she given to make things better, how many conflicting diagnoses did she hear, how many times did she hear the whispers of “crazy” or “bringing this on herself” or “all in her head.” She must have felt every emotion over those twelve years. She must have blamed everything and everyone—including God and herself—at least once when things didn’t get better. Chances are, things DID get better for little seasons, and her hope grew—only to be dashed when the blood started flowing again. She must have felt so much shame, must have felt so all alone wondering “is there anyone at all like me?” I bet at some point she silently wished she would simply disappear—because invisible is such a painful place to live.

And I wish we knew what happened to her after she had taken the courage and felt the cheer rising within her, what happened after the bleeding stopped and shame was destroyed. I wonder how many people doubted her story, how many doctors tried to take credit for something only Love could do, how often the “crazy” or “bringing this on herself” or “all in her head” thoughts came back to try to steal the truth.

I believe with all my heart that she learned the power of taking— and giving—courage.

You know, folks gave the woman a name. They called her Veronica. It means “true image.” It also means “she who brings victory.” I’ve memorized those meanings, because Veronica is my real name. I think about those meanings often, and pray my life will one day reflect them fully.

Maybe we’re all Veronica—all carrying questions with no answers, pain with no quick relief, scars and stains and shame. And while we’re looking for someone to fix it all, Jesus is saying, “Here, love, take this courage. And watch what happens.” He didn’t promise her life would be perfect. He told her she was beautiful, and gave His courage to her so that, for just a moment, she could believe. He allowed her to see who she was created to be. And the bleeding stopped.

In Catholic tradition, Veronica appeared again. She saw Jesus carrying the cross to Golgotha, and gave him her veil so that He might wipe his bloodied brow with it. Perhaps in that moment she longed to give courage to the One who had so selflessly given His courage to her.

Yes, I am Veronica. And I am learning to take – and give courage.

Jesus has said “Be encouraged, love,” time and time again to me. He’s done it with phone calls that come at just the right moment, through conversations over coffee or comments on Instagram posts that seem more confession than wisdom, through the kindness of souls that aren’t afraid to be long-road walkers. He’s done it through surprise visits with women like Susie in Kenya—a woman who has taken courage from the Lord countless times as she faces life as a single mom who is HIV+. The last time we saw each other, I was running a 7K to raise money for ACK Madeleine School, and I heard someone call my name. She was on the back of a boda-boda, dressed in a suit. “I have a job now, my sister! I am stronger than ever!” she exclaimed. “It is in another village and I cannot stay, but I heard you were here and I knew I must find you. I love you!” We danced and hugged and celebrated God’s goodness. 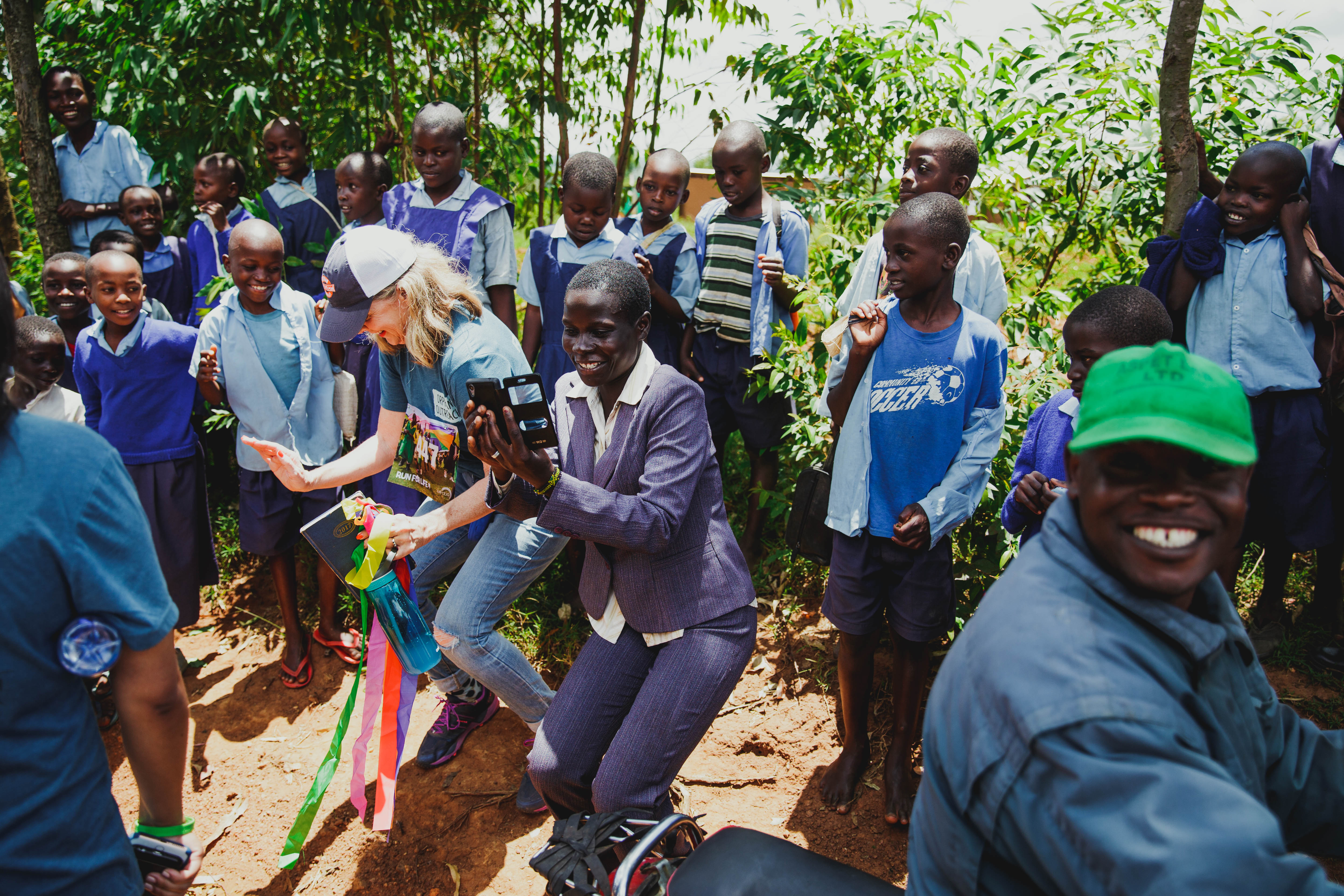 That day, Jesus once again allowed me to see a true image of Himself—and of me.

He doesn’t tire of the giving, because each time He does, the bleeding of doubt and fear stops. And we rise to give courage, to stop the bleeding in someone else.

We rise, love. We rise. Today, take courage. And today, give it away. Today, I pray we are the encouragers, dear Veronica.

If Veronica gave you a bit of courage today, you might like the gumption of the Canaanite woman, the liberty found by the woman twisted by pain, the beauty of the woman caught in the act, the leadership of Rufus’ mom, the kindness of Peter’s mother-in-law, the bravery of Dorcas and the unlikely power of the Samaritan woman. Each celebration is unique and a reminder of all that you and I have to celebrate too. Be sure to subscribe to my little love letters, so you’ll never miss a story—and receive updates on the book One Woman Can Change the World!